“Education is embedded into everything we do”

Three years ago, Redhouse Education Director Marguerite Mitchell was approached by a social worker thrilled that Rock Camp was being offered. One of the social worker’s clients was interested in making music but was failing classes. Mitchell gave the difficult student a scholarship to attend the camp.

“He had a chip on his shoulder, with good reason,” she said.

During camp, Mitchell challenged campers to write bios. She remembers the student asking, “I have to write if I want to be a musician?”

The student graduated high school and was an intern at the Redhouse for two summers. He plans to attend music school.

“He is one of the best interns that we have ever had,” Mitchell said.

The Rock Camps build music skills while teaching students songwriting and branding. This year, there are about 70 kids enrolled in Rock Camp, 20 coming from a partnership with the city Parks and Recreation department, said Stephen Svoboda, executive artistic director at Redhouse. 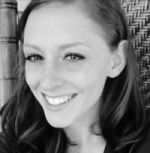 Mitchell aims to create a safe place for campers to grow while learning.

“Education is embedded into everything we do. … It’s never art for art’s sake,” Mitchell said.

She came up with the idea of writing bios three weeks into the first year of Rock Camp to teach students how to write. She also had students pose and say their band name, and then the group discussed what the names meant.

Rock Camp offers activities to keep musicians engaged. There are photo shoots and daily practice sessions in the black box theater. During a recent practice session, campers clapped and danced.

Susan McQuinn is glad Rock Camp is being offered because her daughter loves music. McQuinn drives three hours each day and spends the duration of camp in the café so her daughter, Julia Grippe, 14, can attend. Grippe enrolled at the recommendation of Ron Keck, owner of Subcat studio. She has already learned a new instrument.

“Since she has been here, she has learned the drums. Camp has opened her eyes,” McQuinn said.

Grippe is thrilled that she learned to play the drums.

“I have always wanted to play the drums. It was like my whole life was complete,” Grippe said.

She has made friends at camp and she looks forward to performing with them.

“I am so excited. Honestly, I am not nervous at all, I know we will be great,” Grippe said.