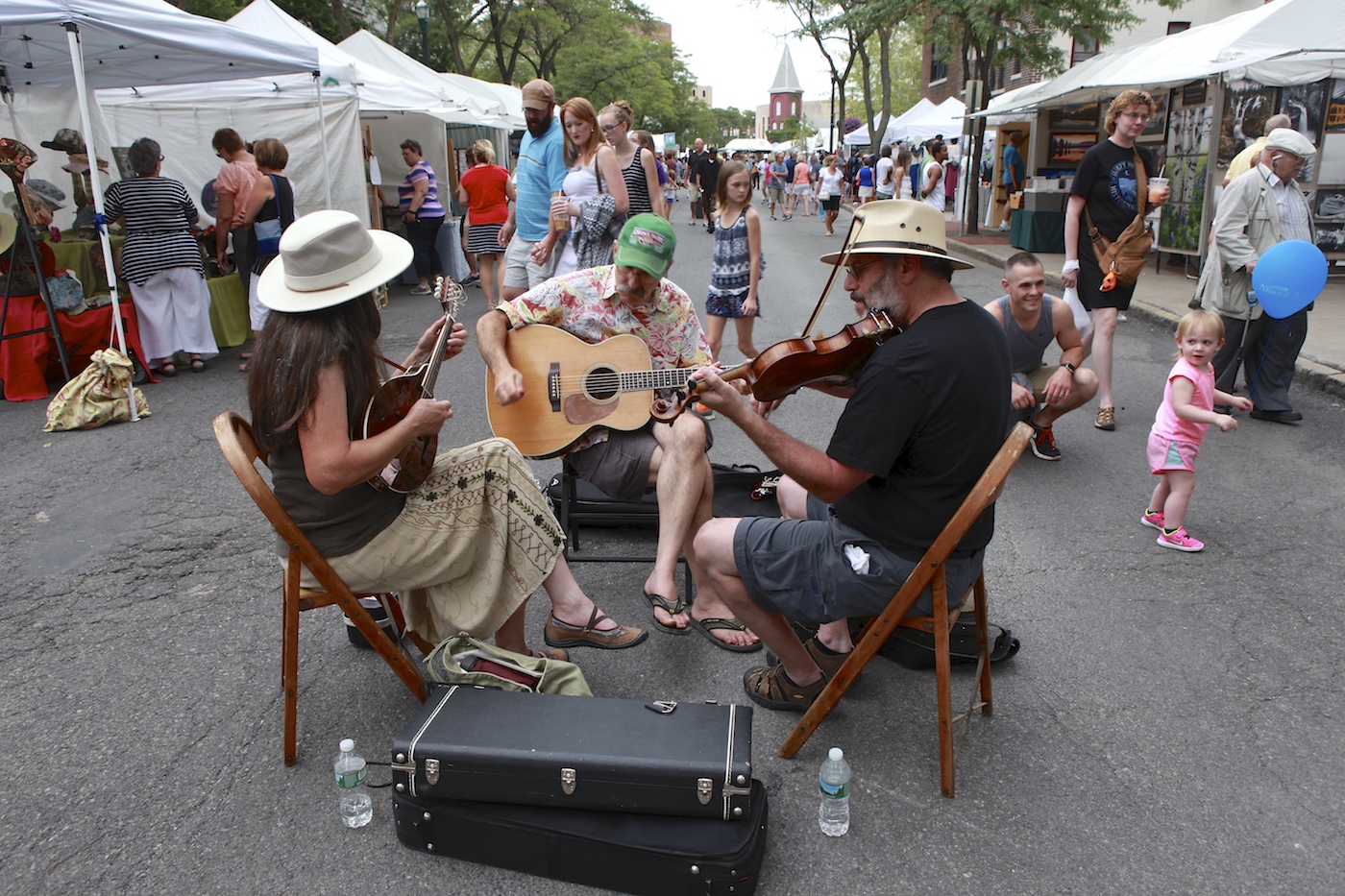 The three-day fest, which is celebrating its 47th year, serves as the centerpiece for the annual Arts Week event. What makes the Arts and Crafts Fest such an esteemed show is the competitive entry process for artists wanting to showcase their work.

Alice Maggiore, communications coordinator for the Downtown Committee of Syracuse, said more than 350 artists and designers submitted their work to a jury for consideration this year, while only around 165 to 170 will be awarded a spot in the show.

“The way the jury works is they are not able to see where the artists are from,” Maggiore said. “It’s strictly judging on their work or images. I don’t even think they have access to their names to clear any potential bias.”

Central New York designers aren’t the only ones who are allowed to enter. Artists from more than 25 states will be on hand, and the countries of Israel and Canada also will be represented.

A featured artistic theme will be the use of unusual materials and media. Kathleen Scranton from Connecticut will showcase her collection of purses made from used books, while Chuck and Kim Peashey from Brockport have fused musical instruments with vintage lamps to create one-of-a-kind pieces.

Other traditional artistic forms will include ceramics, glass, jewelry, wood, drawing and sculptures.

The festival isn’t limited to selling and displaying works of art, however. Returning for a second year will be the Downtown Committee’s “Forecasting the Future: Activating Downtown’s Alleyways,” a free interactive workshop for all ages. Participants decorate lanterns that depict how they view the future of Syracuse. The lanterns are modeled after the weather star that sits atop the nearby AXA Tower, hence the name “Forecasting the Future.”

“We got a lot of positive feedback on (last year’s lantern workshop),” Maggiore said. “It attracted families, children and artists in the area. And it’s nice to be able to continue to collect those lanterns.”

The lanterns will be displayed in unused downtown window spaces later this summer. Those who participate can use the hashtag #stARTcuse on social media to share photos of their visionary artwork.

For entertainment, strolling street performers will wander around the event, as well as music from local and national acts. Food stands will also be available from local merchants.

Maggiore said the reason that people flock to the Arts and Crafts Fest every year is that it has something for everyone. “I know I shop there to get some Christmas gifts out of the way,” she said. “Other people like to come and see the unique things that maybe they won’t see at other craft fairs out in the area. It’s like a one-stop shopping place.”

The artists are also taken care of by the Downtown Committee of Syracuse. A private barbecue is held Saturday night for vendors to unwind. And if they need to go anywhere during the festival, even a bathroom break, committee members will staff their booth in their absence.

When you’re done perusing through the AmeriCU Syracuse Arts and Crafts Festival, check out the other Arts Week events that are just a stone’s throw away, such as the Syracuse New Times Street Painting Festival on Montgomery Street, the Northeast Jazz and Wine Festival in Clinton Square, and the Circare Stage of Nations ECOfest in Hanover Square.