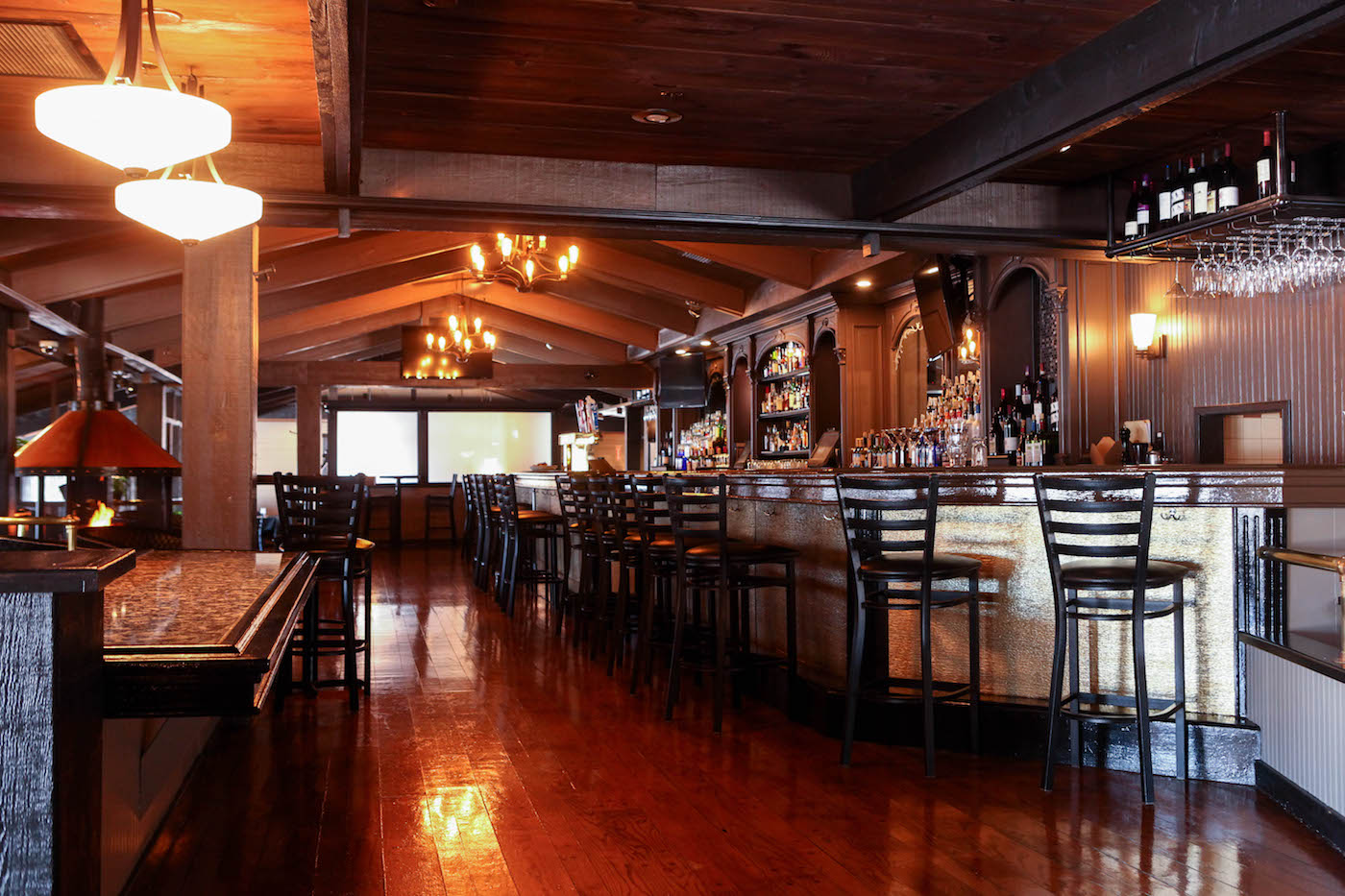 The large, elegantly casual building at 1333 Buckley Road in Liverpool has been home to several restaurants over the years. But on Feb. 9, Stephen and Erna Eno officially opened the doors to their Salt City Grille, offering Central New York palates a mix of familiar favorites and a few culinary surprises.

As the name suggests, there are steaks and burgers aplenty, but Erna Eno, a Kansas City native with an appreciation for global cuisine, says the couple also wanted to address the growing demand for more adventurous options. The diverse menu includes a Pear and Parmesan Salad, Thai Chicken Tacos, and Seafood Puttanesca.

But the real emphasis for the Enos and their staff will be on locally and regionally sourced ingredients. “We think the time is right for something like this,” says Eno.

Eno says she and her husband, who grew up in Liverpool, often thought of opening a small restaurant once their respective careers wound down. Erna worked for years in banking, while Stephen was busy building and painting sets for movies, the latest being the Academy Award-nominated Hidden Figures. Based in the southern coastal cities for years, the couple visited family in Syracuse each summer. Last summer when they saw that the Buckley Road property was available, their life plan changed. 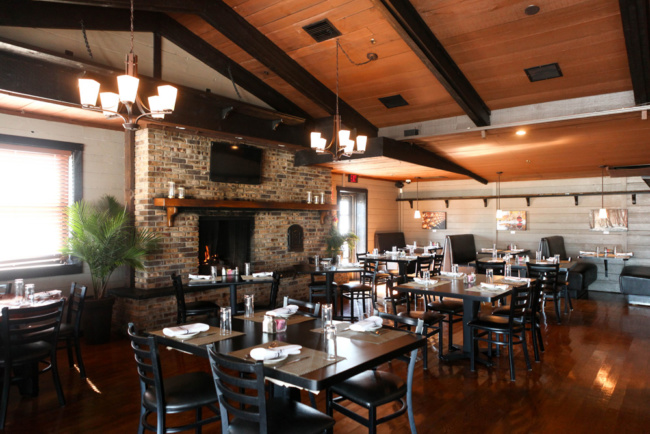 “My husband said, ‘Well, you want to open a restaurant?’ I just said, ‘Sure,’” Eno says with a laugh. “But we did a lot of homework. We did not enter into this lightly.”

“There is not one inch of this place that Steve has not touched,” Erna Eno boasts. “There wasn’t much construction, but cosmetically, the whole place has been redone.”

If the Enos had any trepidation about the challenges of opening a new business in a highly competitive market, it doesn’t show. “I think our past careers have prepared us well for this,” Eno says. “Our first and foremost goal was to create a good team. We couldn’t do this without them. ”

That team brings proven skills to the Enos’ vision and enthusiasm. They currently have a staff of 35. General manager Bob Diruzzo has more than 40 years of restaurant experience, most recently with Justin’s Grill in East Syracuse and Tavern 104 in Fayetteville.

“The stars lined up when we got Bob,” Eno says. “The timing was perfect, and I knew we needed that kind of direction.”

Diruzzo believes that the Enos’ concept will resonate with local diners. “Coming up with a concept isn’t as difficult as putting it out there,” he says, “doing everything you need to do to get the concept to where you want it to be. That includes everything from how the tables look, the style of the service, the menu, the beverage and wine list.”

“Lou’s a gem. She’s been a chef since age 16,” Eno says. “She’s sharp. She has lots of relationships with local vendors and has a great reputation. We knew we had a winning combination.”

Donato was given lots of creative license with the menu, which also features a large pasta selection, sandwiches, seafood and specialty meats, while still keeping with Erna Eno’s concept.

“She’s the artist,” Eno says. “It’s neat to hear her process on how she creates food. I knew that locally sourcing was going to be the main focus of who we were, so she presented to me that what is trending now is ‘modern American.’ It’s really just a fusion of traditional American with global influences.” 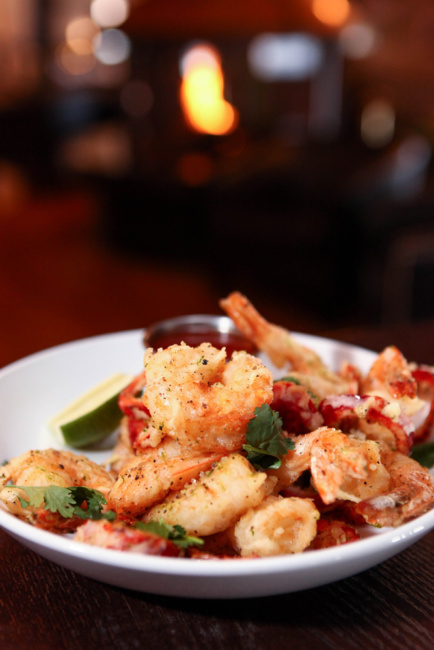 Along with an encyclopedic knowledge of international flavors, Donato brings her connections with local farmers and suppliers. Long before she lit a flame in the Salt City Grille kitchen, Donato was doing research at the Syracuse Regional Market, talking to farmers, and planning how she could use their products in her dishes. She plans to change the menu seasonally.

“We are trying to promote New York culture and growth within the food itself,” Donato says. She adds that while it is difficult to buy directly from local farms during the colder months, she has access to some local products through regional distributors.

“Once the seasons start to change, we plan to do more direct purchasing,” she says. “I can’t wait until spring and summer, when we can use more of the local produce. Even in the fall, there are a lot of great things like root vegetables that I will be using.”

Donato also uses cheeses from Central Square-based Buttercup Farms and Lively Run, based in Interlaken, as well as yogurt from Wake Robin Farm in Jordan and maple syrup from Penn Yan. Donato obtains some of these products directly from the owners at the Regional Market.

“Saturday morning, I’m down there bright and early,” she says with a grin. “We are always reaching out to other farmers. There are a lot of moving parts that have to coordinate when you’re reaching out to get some of those New York state products because of codes and regulations, and finding farmers who already have those in place. But I’m confident that we will have plenty of options.”

The children’s menu at Salt City Grille reflects the same commitment to tradition with a twist. The usual sliders and mac and cheese are joined here by roasted salmon and shrimp kabobs. “Lou has two children of her own, so she’s going to make sure the kids are eating well,” Eno says. “It was important for her to offer healthy options.”

While not exactly healthy, even Salt City Grille’s house bread is a little unexpected: croissants from Rich’s Bakery in Buffalo. “And Lou turns them into beignets,” Eno gushes. “It’s little things like that that are different for us.”

The emphasis on local products continues at the bar, which features Beak and Skiff’s 1911 gin and hard ciders, beers by Saranac and Empire Brewing Company, as well as New York state wines and liquors.

“Using New York state brewers and distilleries was something that was close to my heart, and Erna’s as well,” Donato says, “because we wanted to connect with the brewing and distilling history of New York. It was very big in the early 1900s and just kind of faded out with the introduction of bigger companies. Now it’s back in force. There are some exceptional products out there.” 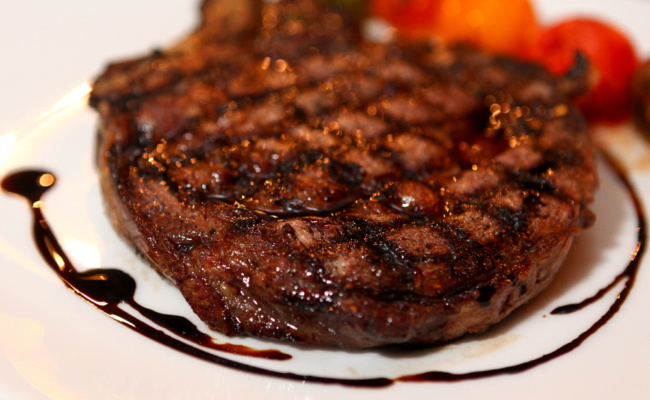 Eno says today’s customers are far more knowledgeable about how food is prepared — and where it comes from — than they were years ago, thanks in part to the popularity of cooking programming on cable television. She sees that evolution as an opportunity.

“People now know what food is about. They know how it should be prepared and how it should look, and what it should taste like” she says. “I think restaurants and chefs are taking note. Maybe there is a rebirth in people having passion for food.”

Diruzzo is pleased to offer quality and value. “You can come in here and get a really good meal at a good price,” he says. “We’re putting a high-quality piece of meat on the plate and still being reasonable with regard to the pricing.” The Salt City Grille’s priciest cut is an 18-ounce Bone-in Ribeye for $35.

“You can’t please everybody, but we are sure trying,” Eno says. “If you want to dress up and come in for something nice, you can. Or you can put on jeans and have a beer and burger at the bar. We are filling a spot that Syracuse didn’t even know it needed. We’re making people more aware of what is in our own backyards, and bringing that into our dishes. I’m really excited about it.”

Free Will Astrology
Hooked On Fish During Lent
To Top