(Editor’s note: Local Flavor is a feature produced in cooperation with advertisers in the Syracuse New Times.)
This was one of those assignments where I was going to a restaurant that I had been to many times before. In fact, when I introduced myself, my husband and my daughter to owner Nader Hatem, he remarked how he thought we looked familiar.

On the verge of its 40th anniversary next year, King David’s was started in downtown’s Galleries of Syracuse by Nader’s parents. The restaurant is in its 10th year at the Fayetteville Towne Center location and also on Marshall Street, on the Syracuse University Hill. The Marshall Street location is owned by Nader’s brother, Charlie. 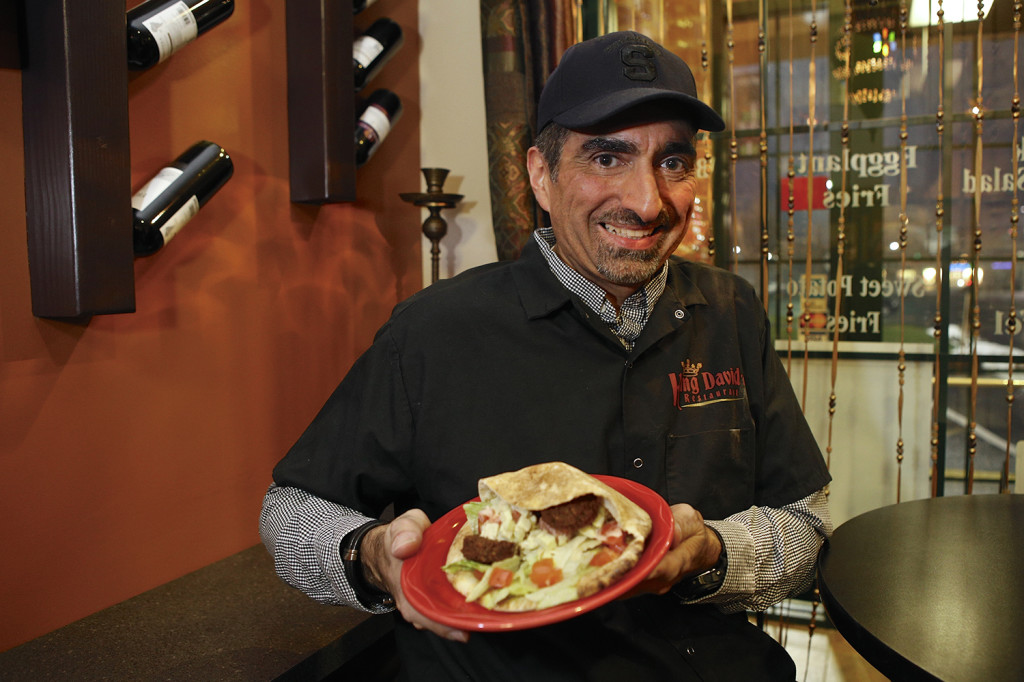 We didn’t have to visit the Marshall Street location for information, however, since our daughter Hannah is a regular customer. A poor college student, when money is very low (which it is often), she will order up a plate of rice for a few dollars and then make it last for three meals. My girl loves that rice and she figures the staff must be calling her “that rice girl” behind her back. Marshall Street even offers curbside service, if you call ahead to place your order.

We showed up in Fayetteville on a Monday night after we completed the shopping for our upcoming Thanksgiving dinner. The restaurant was packed, mostly with families that were beginning to arrive for the holiday. We even saw some people that we knew, with one family telling us it was part of their Thanksgiving-week tradition to dine at King David’s after their college students had returned home. With the space filled with families relaxed and enjoying each other’s company, the restaurant had such a warm holiday atmosphere that we were happy to be there.

Rochelle Merchant, one of the very busy waitresses working that night, told us to grab a table. She has been working there for five years and says she will never leave. She had nothing but nice things to say about the family that runs this establishment.

Then we sat and talked to Nader for a bit. Although Nader spoke like he could never emulate his father’s work ethic, he couldn’t sit for long because he was in the back with the cooks, out in the restaurant moving tables and chairs and seating and greeting the customers. 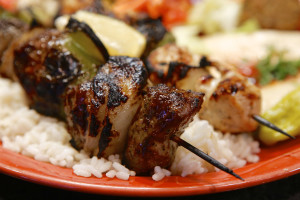 Since we were repeaters, Nader asked us what dishes we preferred. He explained that these are all old family recipes prepared the same way as when his parents established the place. When I told him we always start with the fried asparagus that comes with a snappy dipping sauce, Nader laughed and said, “Yeah, we eat a lot of that in the kitchen.” If you cut them in half with a knife before you eat them, you can get the piece into your mouth without the asparagus pulling out of the breading, just so you know.

We also got a plate of dolmades: stuffed grape leaves. I love the way these provide the punch of the cold vinegar at the same time you taste the lushness of the oil.

Although I didn’t ask, it seems as if the wine selections have expanded in Fayetteville. Beer is also offered, along with soft drinks and Turkish coffee, but at the Marshall Street location alcohol is BYOB.

King David’s serves all the classic Middle Eastern fare, such as shish kabob, kibbeh, moussaka, pastitsio and shawarma. The dinner platters come with a small salad topped with feta and olives, hummus with pita bread and a couple of falafel patties. Many of the varieties are offered with a choice of chicken, lamb or beef.

I need to get back some time to try one of the pizzas, baked on 12-inch pita bread with 12 varieties offered, many of them vegetarian. Lighter fare includes pita sandwiches, either stuffed or rolled, gyros and salads. Their gluten-free menu has proven to be very popular among their customers.

We never leave without some baklava for Hannah; she loves that, too. Nobody will accuse me of raising kids that aren’t passionate about their food.

King David’s caters. Now, they can even provide a gyro-carving machine for parties. How much fun would that be? You could have a carving station at your party with fresh-made gyros for your guests. It would be like bringing the New York State Fair right into your back yard!

Nader indicated that plans were still in the works for next year’s anniversary celebration, so folks should look out for that. 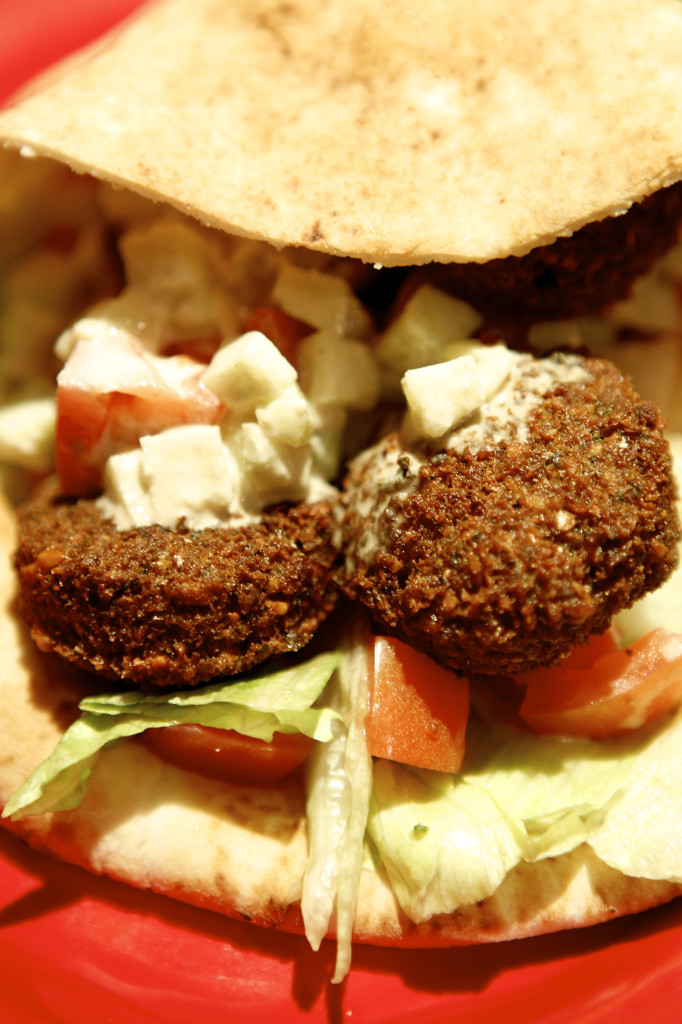