CD release of Pathways with a performance on Tuesday, Nov. 11

The new Samba Laranja album Pathways opens with tones and rhythms seldom heard in everyday American life. Then it draws choirs of voices singing in foreign languages and instruments spanning flute to violin to bird whistles. Projects like these always serve as a reminder that music is a universal language, no matter the words that are sung.

Pathways is the third album released by the Brazilian music group Samba Laranja. The Syracuse Area Music Award (Sammy)-winning Syracuse University ensemble is guided by the husband-wife team of Josh and Elisa Dekaney. Since 2001 the group has been presenting striking Brazilian sounds spanning drum batucadas to choral pieces to narrated folktales.

Samba Laranja celebrates the CD release of Pathways with a performance on Tuesday, Nov. 11, at Crouse College’s Setnor Auditorium on the Syracuse University campus.

Recorded at More Sound Studios with Jocko, SU’s Belfer Studio and SubCat Studio, Pathways is a collection of music selected by the Dekaneys. Josh teaches percussion and is director of the Career Development Center at the Setnor School of Music. Elisa is an associate professor and chair of the Department of Music Education at Setnor.

“Elisa and I generally pick music that moves us and then transcribe it from recordings,” says Josh Dekaney. “Sometimes we use published sheet music for choral pieces, but we mainly teach the students by rote.”

Josh Dekaney leads the group through twice-weekly rehearsals. The ensemble is open to all registered SU and SUNY-ESF undergraduate and graduate students of all majors, although generally two-thirds are music majors. There are currently 11 members in Samba Laranja, plus the Dekaneys, a duo that has taught together for 15 years.

“Her expertise is in choral conducting and music education research,” Josh Dekaney says about Elisa. “She is originally from Rio de Janeiro, Brazil, and is excellent at teaching the students to sing in Portuguese and also some indigenous Brazilian languages. She focuses on singing and I focus on the drumming.”

Josh Dekaney has worked with names spanning Mary Fahl, Peter Cetera, Jimmy Haslip and Aretha Franklin and groups including the Pensacola Symphony Orchestra and the Tallahassee Symphony Orchestra. He plays all of the percussion on the album and offers the students the chance to play several different instruments each semester. 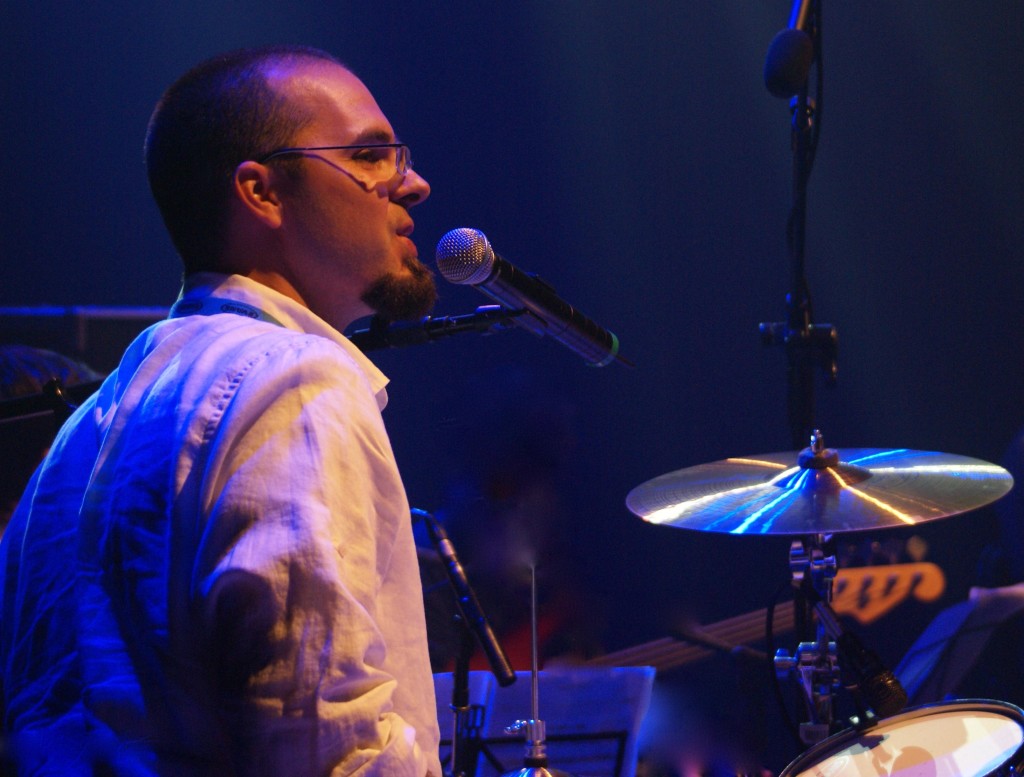 Far apart from most Central New York groups, Samba Laranja brings an authentic culture thousands of miles away to local ears and eyes. They’ve also brought their sound to venues spread between Maryland, Boston and beyond.

“We just performed at Jazz at Lincoln Center for their Brazilian Festival,” Josh Dekaney says. “We did three sets on Friday and three sets on Saturday night. This was our fourth time performing there. A former SU music industry student got a job there about five years ago and invited us to perform. Thankfully, they keep calling us when they feature Brazilian music.”