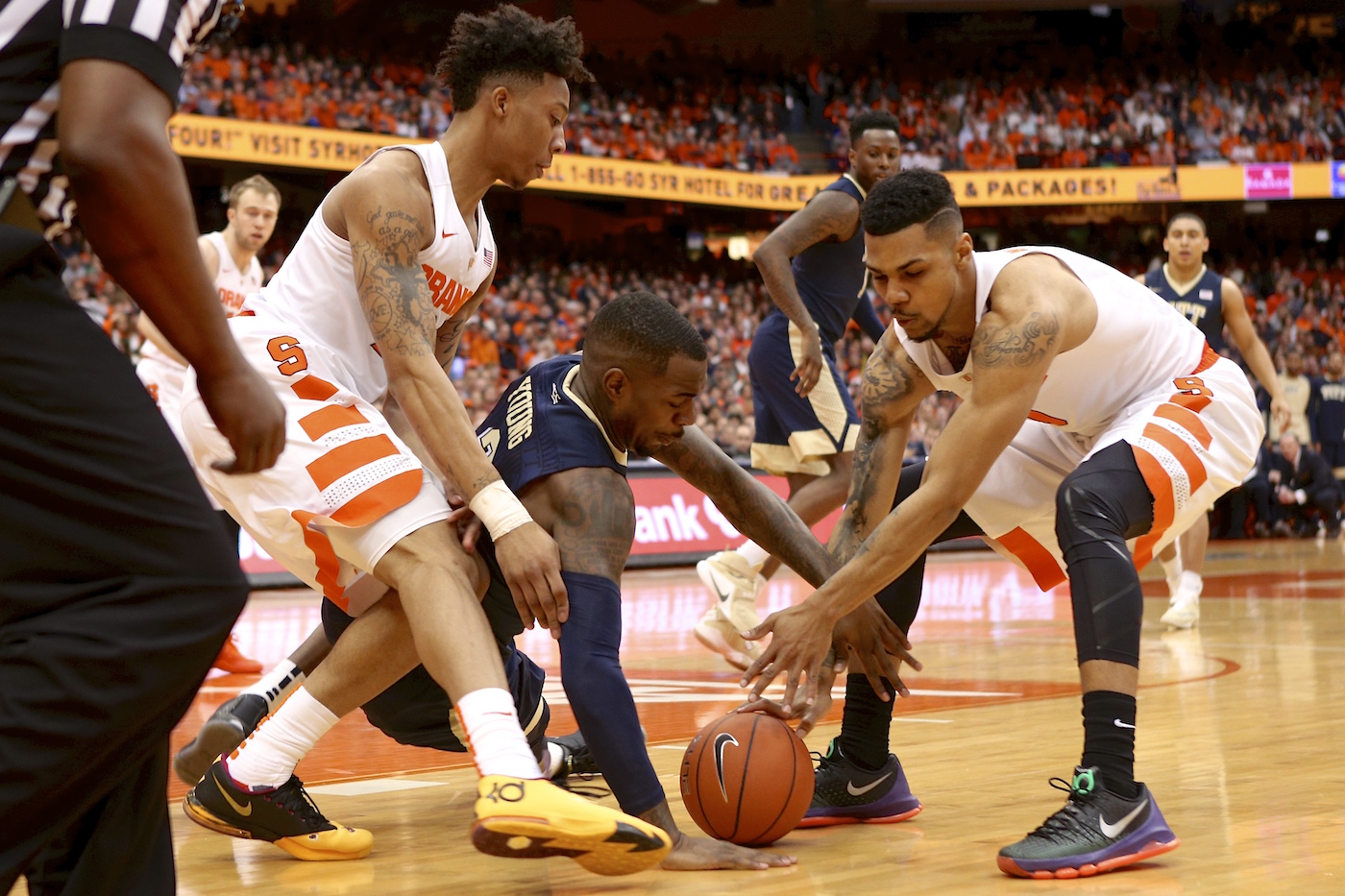 Syracuse’s Malachi Richardson and Michael Gbinije are set to take on the next phases of their careers. 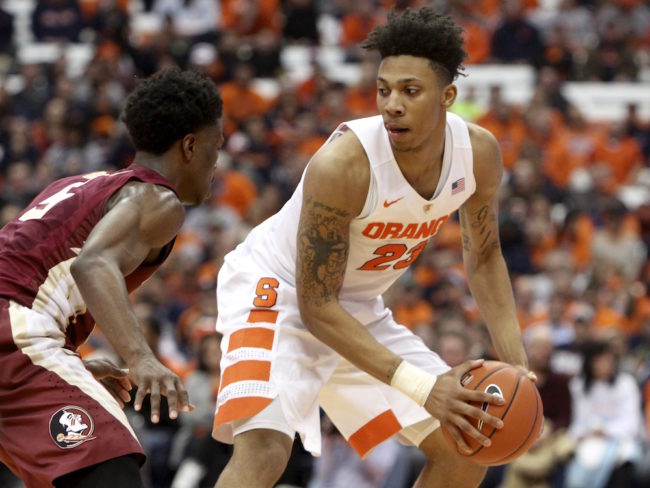 Thursday night’s NBA draft saw two former Syracuse Orange stars make their way to the league. Freshman guard Malachi Richardson went No. 22 overall to the Charlotte Hornets, who traded his draft rights to the Sacramento Kings, while senior guard Michael Gbinije went in the second round to the Detroit Pistons as the 49th overall pick.

Richardson initially announced he was going to test the waters of the NBA draft process to get an idea where he would go, taking advantage of a new rule this year that allows players to enter their name in the draft pool and have until May 25 to decide to return to college. The previous rule stated that once a player entered his name in the early-entry list, he lost his eligibility to return to school. This rule change undoubtedly played a major role in Richardson’s decision to eventually forgo his remaining three seasons of eligibility at Syracuse, as he impressed during the NBA combine and during individual team workouts, which boosted him higher on teams’ draft lists. His performance in the 2016 NCAA Tournament didn’t hurt either — especially his 21-point second half performance against Virginia in the elite eight.

Richardson was one of only 14 players invited to the green room at the draft, a group that in the past featured a range of over 20 prospects, according to CBS Sports. After waiting for his name to be called a bit longer than he anticipated, he ended up with the Kings at No. 22, a team that is led by one of the league’s most imposing big men in Demarcus Cousins. Richardson said he and Cousins started a friendship while he worked out in Las Vegas.

“He’s a great player, an all-star for sure,” Richardson said to NBA TV’s Jared Greenberg in a post-draft interview. “He knows basketball. People discredit him sometimes, but he’s a great person.”

The Kings are coming off a season in which they went 33-49, which led to the firing of the team’s veteran head coach, George Karl. On the bright side, though, the team did just receive a logo and uniform upgrade — albeit for the second time in two seasons.

Right now, it’s difficult to say where Richardson fits in with the Kings. The team traded away Marco Bellineli — who plays the same position as Richardson — in order to acquire the No. 22 pick. However, the team already has a quality two guard in Darren Collison and a back-up in Ben Mclemore — a player the Kings selected with the 7th pick in 2013. There have, however, been rumors that the Kings might move on from Mclemore soon, so the drafting of Richardson could hint a trade may be in the works. 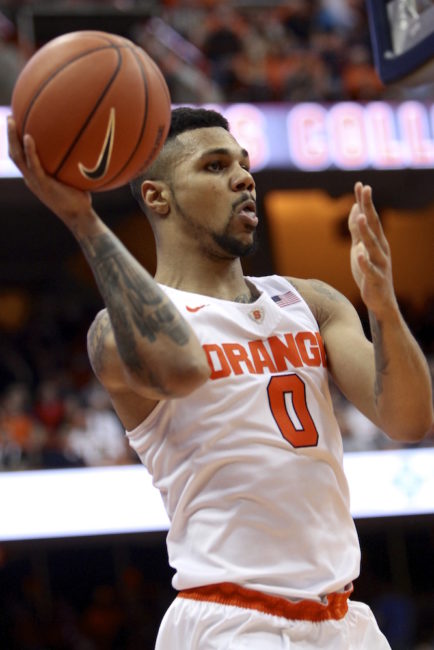 Meanwhile, the “transfer from Duke” Michael Gbinije went in the second round to Detroit, meaning he is not guaranteed a contract, unlike first-round picks. Gbinije averaged over 17 points per game last season playing primarily point guard for the Orange, however he also appeared as a shooting guard occasionally and even small forward, so there are a number of ways he could be utilized by the Pistons. That is, of course, if he makes the team.

The Pistons — a team that made the playoffs this past season, only to get swept by the eventual NBA champion Cavaliers — have a young and talented couple of starting guards in Reggie Jackson and Kentavious Caldwell-Pope, however the reserves to those positions are wide open, and Gbinije will likely fight for one of the spots.

Richardson and Gbinije continue a trend of NBA draft success for Syracuse alumni. The Orange have seen at least one first-round draft pick going back to the 2012 draft. Whether the two who helped lead the Orange to a Final Four berth in 2016 can become a part of the few Syracuse success stories in the NBA remains to be seen.