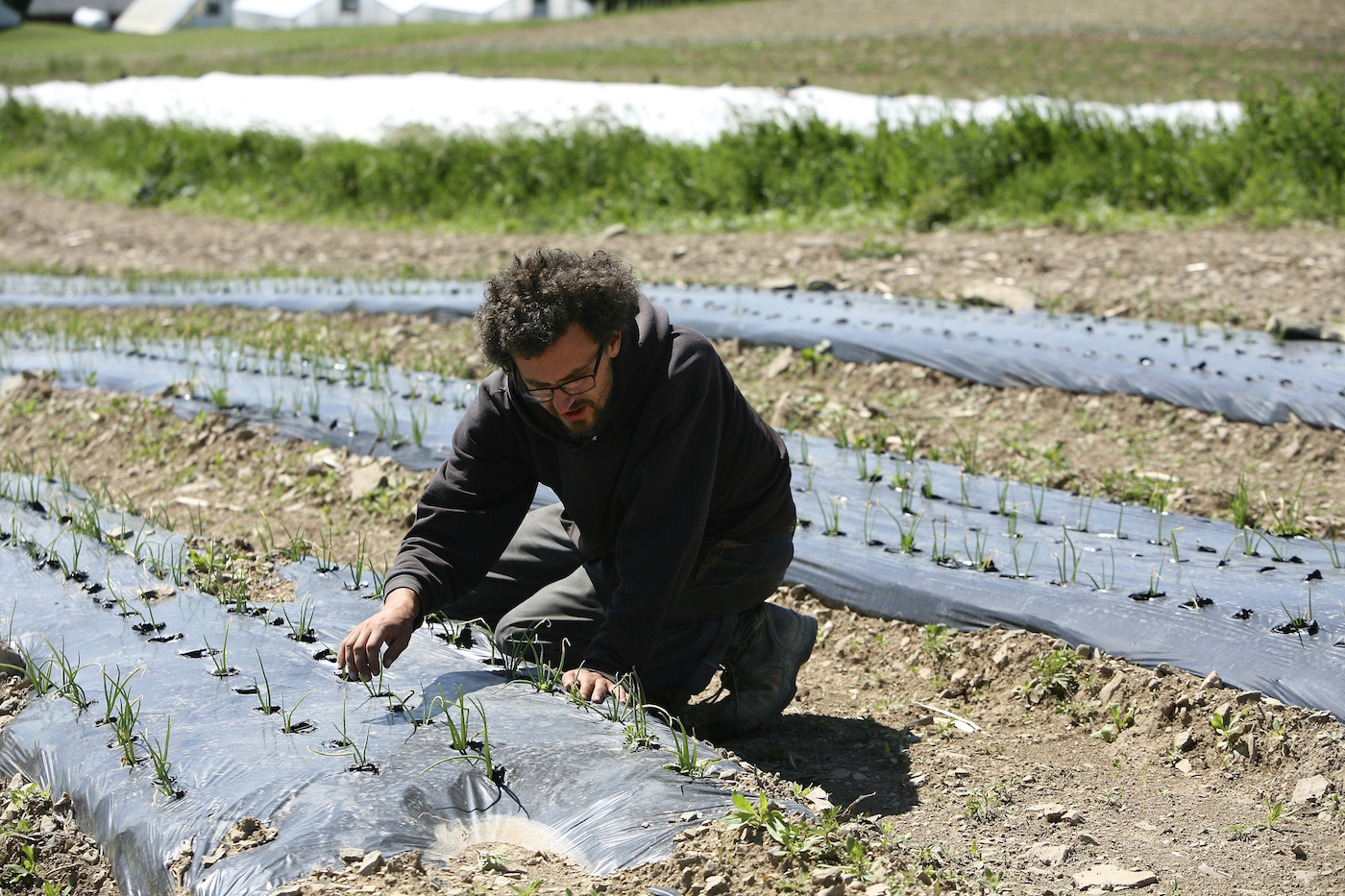 All spring, Yonta has been counting the days to the first pickup of her family’s CSA (community supported agriculture) share of the season from Main Street Farms, in Homer. “I’ve cleared out my freezer. I just said to my husband the other day that our CSA share starts next week and he said, ‘Oh, good.’ You just look forward to that first fresh pick and what you’ll do with it and the recipes that come with it. It helps you eat better.” 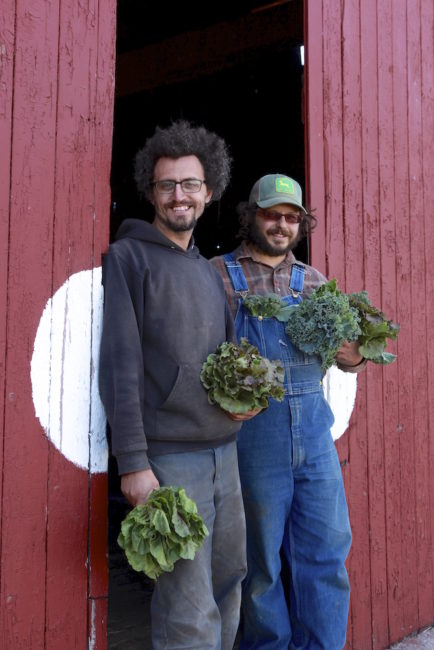 Helping people eat better was one of Allan Gandelman’s goals when he founded Main Street Farms in 2011. Now in its sixth season, Main Street Farms has grown from a small aquaponics operation in Homer to a diversified organic farm and education center with three sites, about 300 CSA members and a regular presence on Saturdays at the Central New York Regional Market in Syracuse.

“Know farms, know food” is Main Street Farms’ mantra. When you purchase its produce, you know how it was grown (without pesticides or herbicides), you know where it was grown and you know the people who plant, grow and harvest it.

Anyone who has a CSA share or has purchased produce from Main Street Farms at the Regional Market has no doubt met and spoken with Gandelman, farm manager and educator Bob Cat and other members of the farm team. They’re there each week, talking up what’s in season, explaining how to roast whole tilapia and promoting eating locally and sustainably.

“I’ve worked with them for every event. They’re my go-to farm,’’ says Mark Pawliw, founder of Syracuse Farm to Fork 101, a series of dining, cooking and education events designed to connect local farmers and consumers and encourage local eating.

Gandelman, 34, grew up in New York City and New Jersey, studied secondary education at SUNY New Paltz and taught social studies at the Cortland Alternative School before changing careers. He started growing some of his own food in college and says he knew little about farming when he started Main Street.

“I didn’t know I wanted to farm until I was a teacher,’’ he says with an easy smile. “I love being outside.’’

He did know that school cafeteria food is unappetizing; kids pick at it or don’t eat it at all. So Gandelman wanted to do something to make a difference.

He also wanted to put farms and farming in a place where people could see it — hence the name Main Street Farms. “The idea was, if we could have a farm on every Main Street, that would be a way to get people to eat better.’’

He contacted his college friend Bob Cat, who was working as a nature educator, and invited him to check out the Homer site. They built a tiered aquaponics system in a greenhouse and have been working together ever since.

“It’s nice to be part of something that has grown so much in five years,’’ Bob Cat says. “Every year we’ve taken significant steps to scale up. It’s also nice to work with someone you know and trust.’’

Main Street Farms has grown considerably in a relatively short time. The one-acre Homer site, at a former flower nursery on North West Street, supplies Main Street Farms with certified organic microgreens, tilapia (not certified) and a revenue stream year-round. The farm has several high tunnels, where organic lettuces, spinach, ginger and other vegetables are grown. 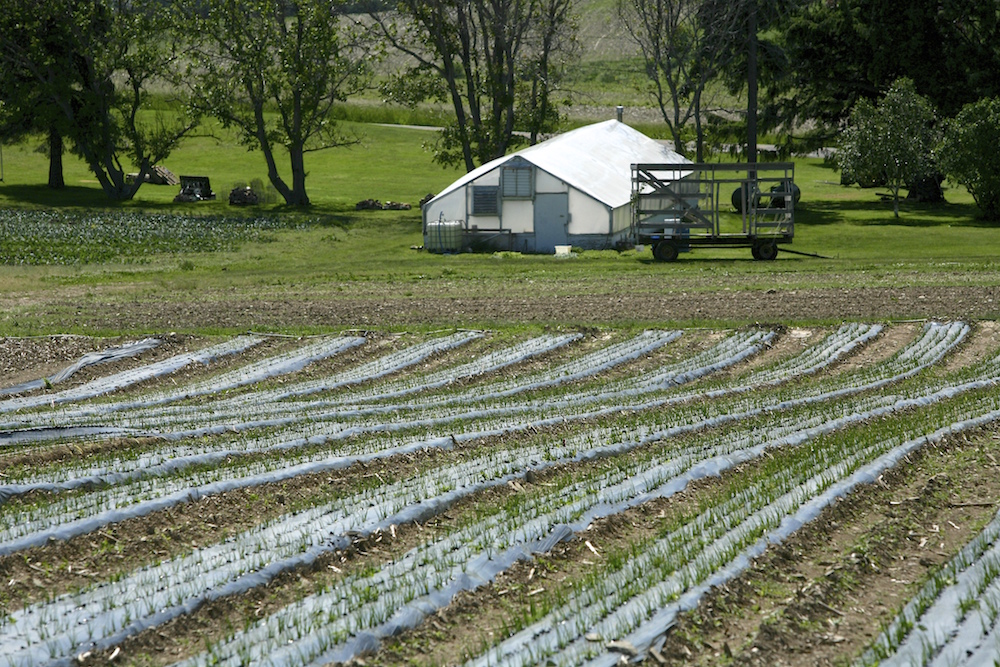 School groups visit regularly. Gandelman and Bob Cat lead tours, giving kids the scoop on aquaponics, how plants and fish work together in the same environment, how plants use fish waste as a source of nutrients and how the plants grow without soil.

“Bob Cat has educated every fourth, fifth and sixth grader in Cortland County about aquaponics and sustainable farming,’’ Gandelman says. 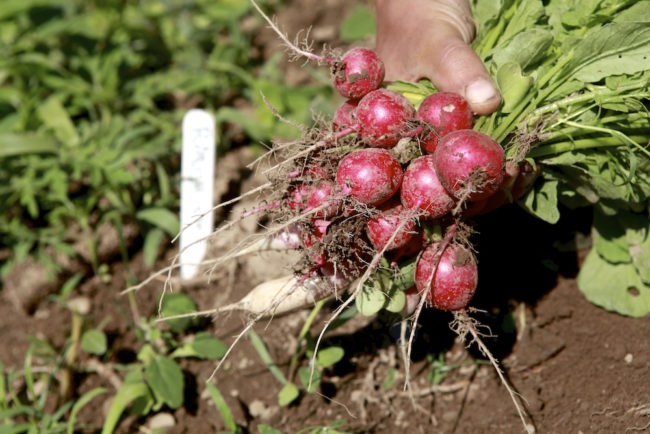 The Cortland farm started out as a huge garden and now has three high tunnels (certified organic), where tomatoes, peppers, eggplants and more were growing on a recent visit. The farm is fenced, has an automatic ventilation and drip irrigation system and has been well received by the community.

Christella Yonta, executive director of United Way of Cortland and the former project coordinator for the Seven Valleys Health Coalition, has worked with Main Street Farms in securing grants for the urban farm. Many of the people who live nearby lack transportation and access to healthy food.

“The only options are convenience stores; the food is packaged and processed and not ideal,’’ she says. “To have the option of produce grown there and picked that morning — that’s just amazing.’’

In Cortland, Main Street Farms offers a low-income, market-style CSA share and accepts EBT (welfare benefits) cards. Participants see how food is grown, select their produce for the week and learn how to use it.

The newest addition to Main Street Farms is a more permanent home on Route 215, outside Cortland. The sprawling site with greenhouses and buildings is the longtime home of Reed’s Seeds, a farm and cabbage breeding business.

Gandelman and his team are growing kale, cabbage, carrots, broccoli, potatoes, lettuces, garlic, onions, beets and more on 30 acres. Ten acres are certified organic and they are in the process of evaluating the soil and transitioning the remaining 20 acres to organic certification. The expansion also gives Main Street Farms much-needed storage, washing and cooler space.

Each day is full and his “to-do’’ list is long. Yet Gandelman carves out time for school and community presentations, panel discussions and connecting with employers to support and host workplace CSA programs and pickups. School gardens and farm-to-table school lunches remain a goal.

“I’m a busy guy,’’ he says. “I make it work. I have an amazing crew of people who work here and help. The community supports the farm and we support the community. It’s a two-way street. That’s the benefit of being in a small town. It has been an awesome experience.’’

The community supported agriculture (CSA) season is in full swing at Main Street Farms. The season began last week and continues through November. There is still time to sign up.

Each box/share contains six to eight vegetables or more and changes as the growing season progresses. For more information, visit mainstreetfarms.com or call (607) 218-2101.

Main Street Farms also offers a winter CSA. Pickups are biweekly at the Homer farm, starting in mid-November and continuing through early February. Visit the website for more information.