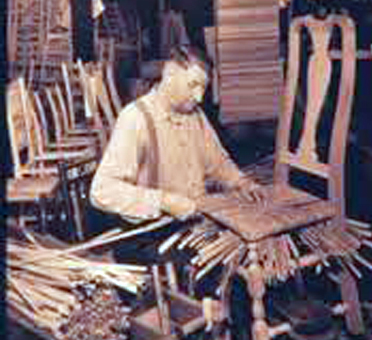 Transformation was in the air: in politics, in art, in architecture in industry.

It was the turn of the 20th century and everything was changing, from the diffusion of the light bulb to the triumph to the railroad, to the women’s suffrage, movement and the shocking rise of impressionism. The industrial revolution, one major catalyst of change, was triumphing in Europe and North America, changing the way people lived and worked.

Some people tried to reverse the industrial revolution, others wanted to make it the servant of artisanal values and beauty. That second impulse inspired the arts and crafts movement. And that’s where the Stickley brothers come in, as I learned when I visited the Stickley Museum in Fayetteville last Saturday.

With beautiful examples from their early arts and crafts inspired styles, to others in a later colonial revival style and still others affected by Asian and Native American traditions, I discovered the origins of Stickley Furniture and saw something of its development and expansion over the years. I was even able to sit in a chair specially designed for the Dalai Lama, so he could sit cross-legged while giving a lecture .And I saw a beautiful settee with peach colored cushions once owned by Barbra Streisand. 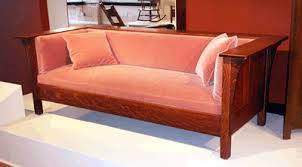 A timeline on the wall with photos correlates world developments with Stickley’s stylistic development and includes photos from the Great Depression, World War II and the first footstep on the moon paired with photos of corresponding furniture styles from the same periods.

For more information about the Stickley museum go to stickleymuseum.com