There’s a new Syracuse name and location to learn: City Center, in the 400 block of South Salina Street.

That’s what we have been calling just the Redhouse at City Center: 40,000 square feet in a multimillion-dollar design by Schopfer Architects LLP, with two theaters, one up to 350 seats and the other with 125 seats, plus a studio/rehearsal room that seats up to 65. All around is lots of razzle-dazzle space, including a catering kitchen, suitable for upmarket parties and wedding receptions. And there is enough parking to accommodate every visitor.

Revamping the entire Sibley’s department store shell will run to $30 million. The Redhouse will be the prime tenant at City Center, which will eventually host many more venues, very likely a restaurant among them. Just as few could have predicted the emergence of Armory Square 30 years ago, there is no telling how the Redhouse at City Center will alter the urban landscape, or at least shift the center of gravity. 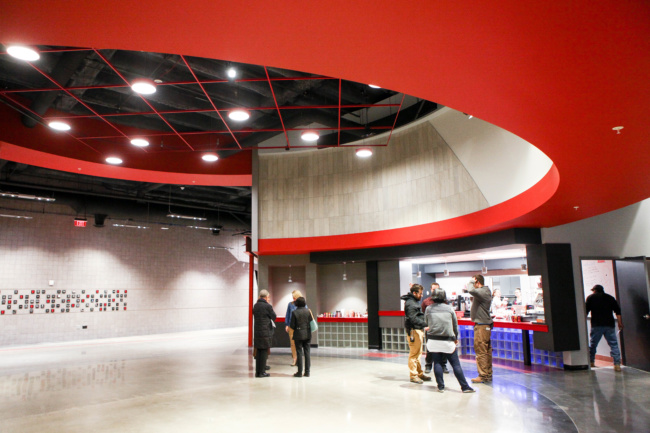 The spacious lobby of the City Center. Michael Davis photos

At a press tour of the site on the last day of January, the floors were covered with dust and everyone had to wear hard hats. Redhouse executive director Samara J. Hannah said that despite appearances, everything was on schedule for the March 8 opening with Ernest Thompson’s family comedy-drama On Golden Pond.

Imported for the show is actor Fred Grandy of the ABC-TV series The Love Boat (1977-1986). Although Grandy was boyish as Gopher more than three decades ago, he has since served four terms in Congress and will turn 70 in June, making him well-seasoned for the role of crusty retired professor Norman Thayer, who dreads aging. Appearing with him for the first time is Fred’s daughter Marya Grandy, a rising Broadway and TV star.

All of this takes place in the former Sibley’s store, which opened to great fanfare in 1969 but failed to last two decades. As the current planners may not have intended, bringing show business glamour to the west side of Salina Street south of Jefferson builds on hearty precedents.

For more than 50 years, until 1967, two vaudeville-era houses graced the block, the Paramount and RKO Keith’s. Together with Loew’s State, now the Landmark, they comprised the city’s own Shubert Alley, when Salina Street also meant retail shopping. Now the question is whether the Redhouse at City Center in the same block can tap into the Armory Square buzz two blocks away.

The Redhouse takes its name from the three-story Erie Canal-era edifice at West and Fayette streets it occupied from 2004 to 2017. The company morphed from a former community theater outfit known as Contemporary Theatre of Syracuse that had scouted different locales downtown, including a former coffee house on Clinton Street. The facility initially looked unpromising. No beauty, it was a former flophouse that barely escaped the wreckers’ ball. The cost was $1.4 million. Its prime advantage was the proximity to Armory Square.

As the building was transformed, it did indeed become a draw for artistic young people, and became more than a theater, offering afterschool classes and community outreach programs. SubCat Recording Studios is right next door at 214 S. West St. With successive reconfigurations of the building, the former lobby of the theater became a coffee shop and snack bar where schmoozers like to linger.

Artistic director Laura Austin was interested in music and comedy, but she was a professional actress before she became linked to Contemporary Theatre of Syracuse and was part of the troika (including Patrick O’Connor and Gerard Moses) that transmogrified that company into the Redhouse in 2004. She is also the only one of the three to stay with the company over the 14 years, playing dozens of roles and winning multiple Syracuse New Times Syracuse Area Live Theater (SALT) Awards. Thus, no matter what the Redhouse at City Center does, we tend to think of it as a theater first.

In January 2011, Austin brought in director and playwright Stephen Svoboda, a man of extraordinary energy, who was happy to have one large production up and running as he was simultaneously rehearsing for the next. An example of his ambition was to have two productions at the same time, as with Moisés Kaufman’s Gross Indecency and Terrence McNally’s A Man of No Importance (January-February 2015), both dealing with the subject of author Oscar Wilde. Svoboda’s standards were high, and he enjoyed continuing artistic success, such as Stephen Sondheim’s edgy Assassins (October 2012) and the outrageous Bloody, Bloody Andrew Jackson (October 2013).

Bit by bit the productions were also growing bigger, as Svoboda seemed determined to defy the limits of his small stage with 83 seats. Two of the most massive came toward the end of his tenure: Ragtime (May 2016), perhaps his greatest triumph, with 48 players, and the Walt Disney musical The Little Mermaid (June 2016), with 71 performers. At the box office they were the local equivalents of Hamilton: You couldn’t get tickets.

Simultaneous with the Redhouse’s artistic and popular growth, it was securing a strong financial base and attracting responsible and dedicated people to its board of trustees. Soft-spoken William “Bill” Hider, board president, had taken the lead corralling the cash, starting out with a $1.3 million grant from the Central New York Regional Economic Development Council (REDC) for renovation of the theater space, and another $1.6 million to get the Sibley’s parking garage back in shape. A consortium of local banks, including Pathfinder, M&T and NBT, were part of the action. At the press tour, Hider, although speaking in little more than a whisper, was the man who knew all the details.

According to word of mouth, the notion for the move began as early as 2013 with Svoboda lobbying for more room, but he abruptly left the company in mid-summer 2016. Meanwhile artistic director Laura Austin is not currently a resident in Central New York for personal reasons. The Redhouse professional staff and the board make the calls.

The selection of Ernest Thompson’s 1979 play On Golden Pond appears to be an opening to wider audiences. Norman and Ethel Thayer are an upper-class couple who have summered in New England for nearly a half-century, but they see changes coming because his turning 80 is on the horizon. It is also time to reconcile with an estranged daughter.

Fred Grandy might have appeared to be a social everyman on The Love Boat, but evidence suggests he knows how the better sort talk and walk. He attended high school at the citadel of privilege, Phillips Andover Academy. A further preparation is that he was a Republican congressman from Iowa. When the Fondas, Henry and Jane, filmed On Golden Pond in 1981, they made Norman a liberal. In the original play he is conservative.

On Golden Pond was a modest hit on stage and has fared well in revivals, often with name casts, like Christopher Plummer and Julie Andrews. An all-black cast featured James Earl Jones in 2005. Another sure bet for the Redhouse at City Center will be a revival of the Harvey Fierstein-Jerry Herman smash La Cage aux Folles, slated for a May 31 opening. The cagelles have been packing them in for decades. 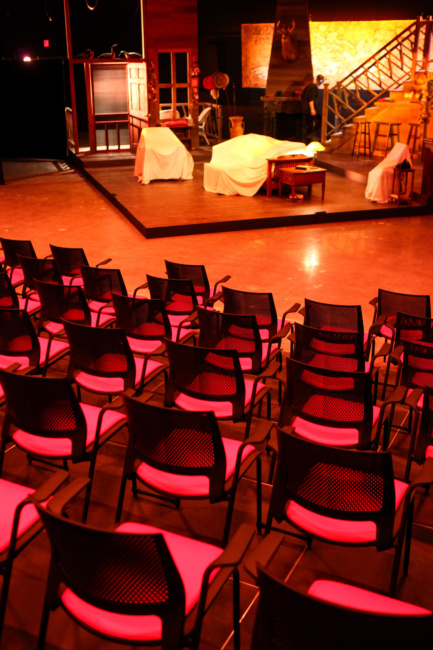 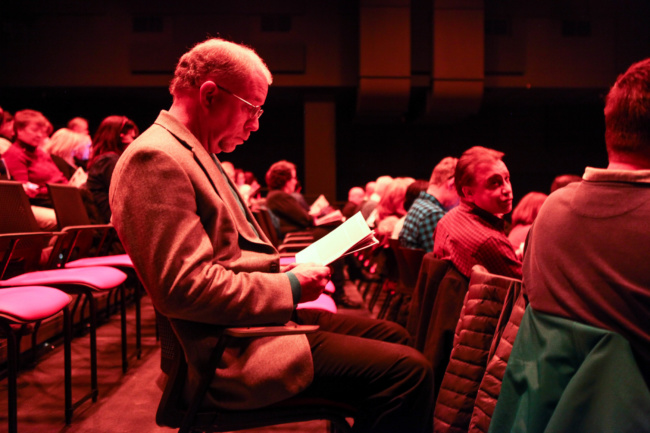 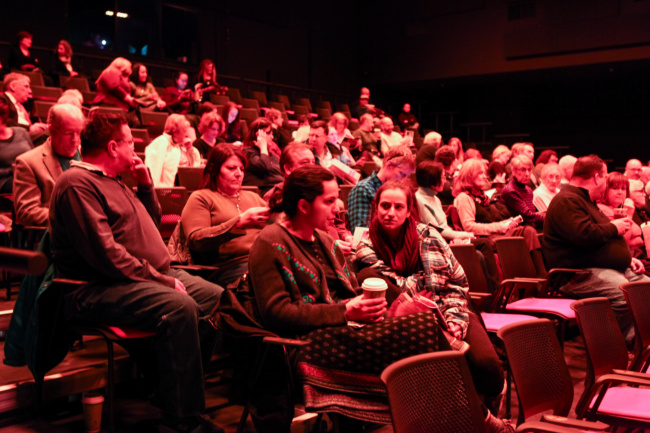 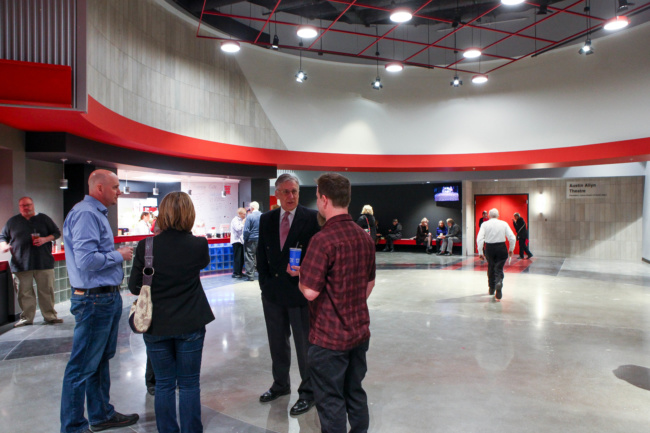 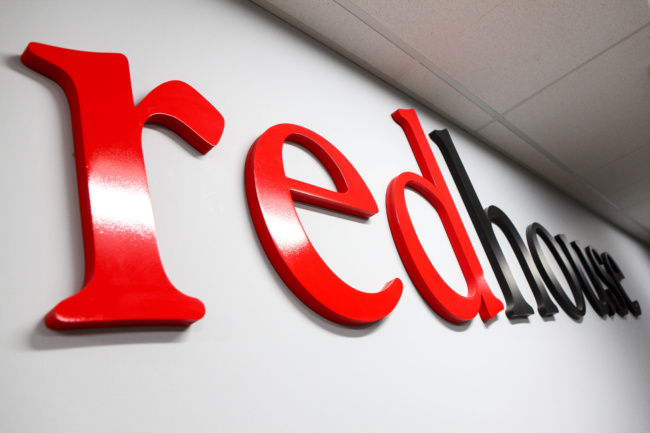 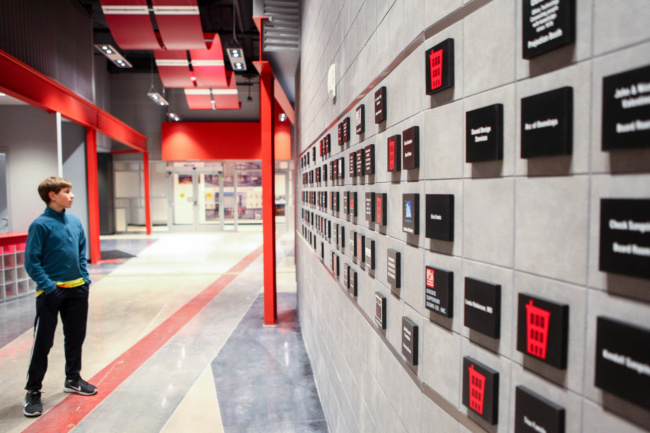 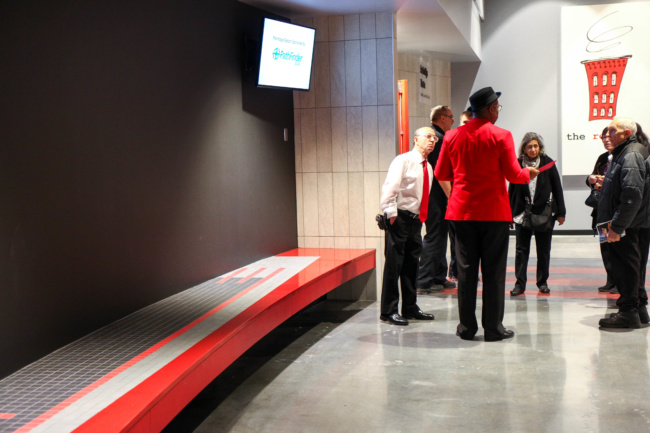 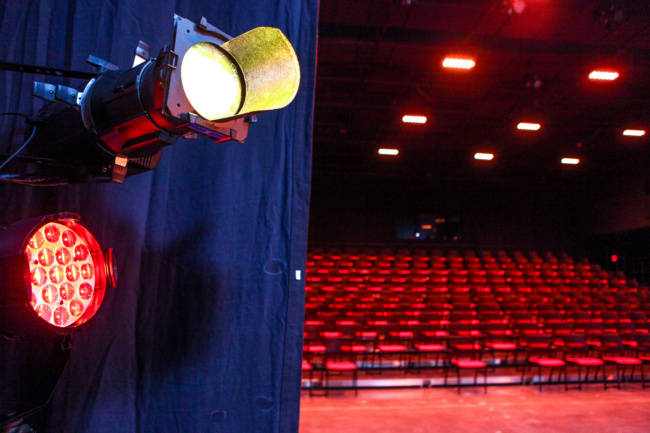 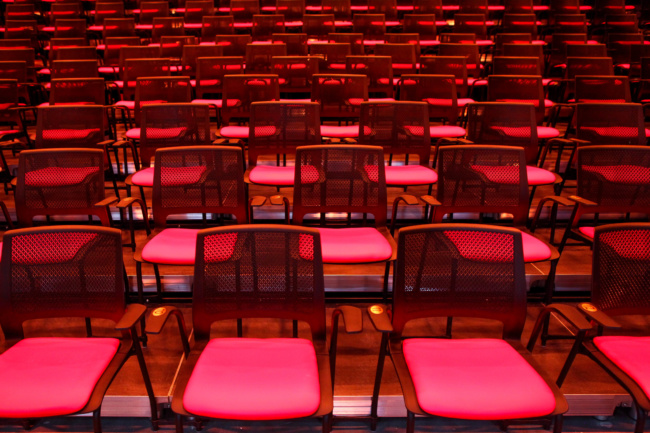 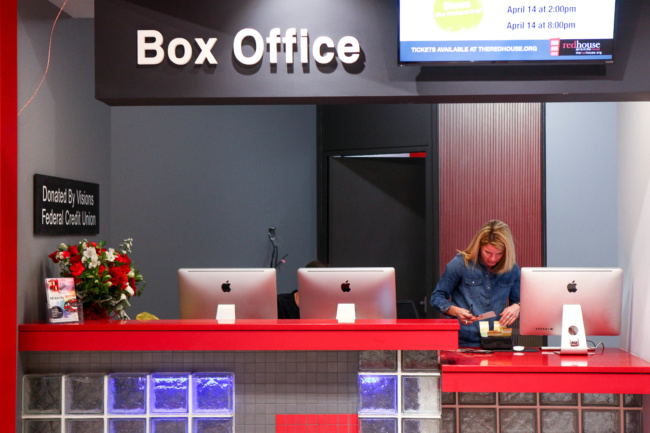 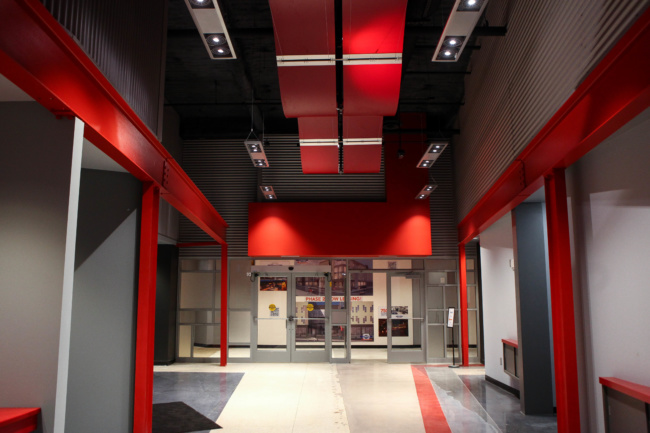 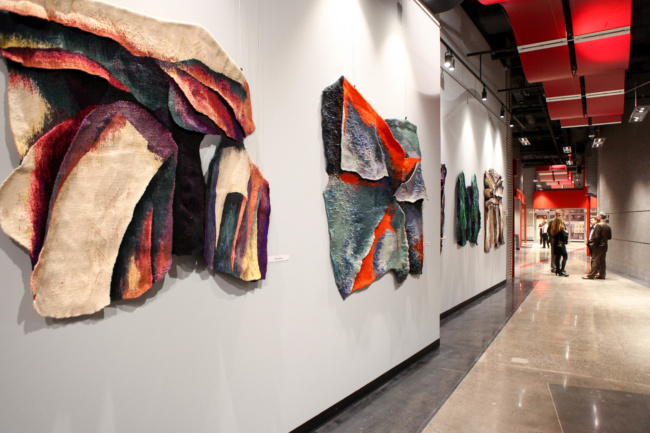 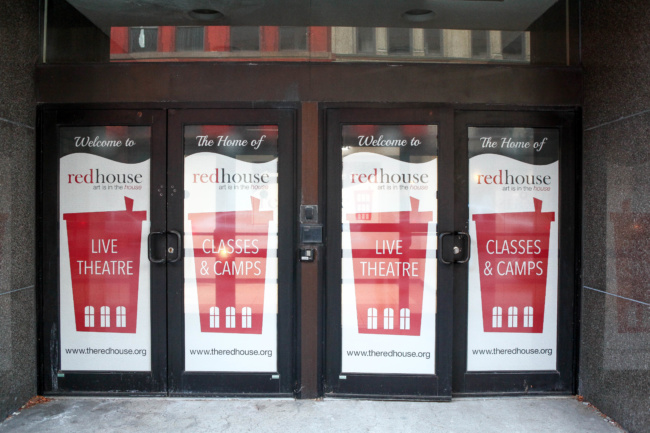 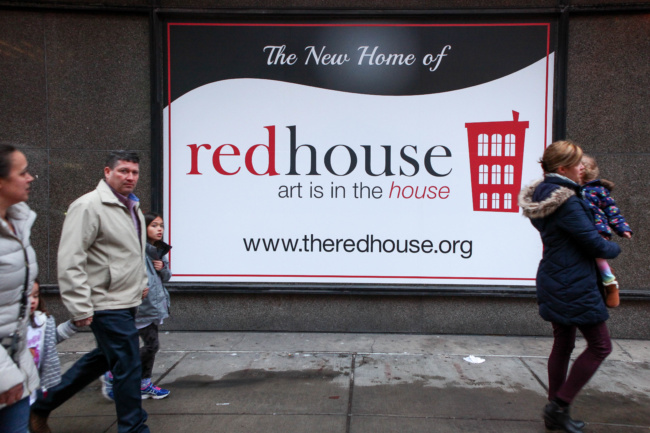