As TV technology has grown over the last few years, so has the amount of content on TV. Whereas TV used to be all soaps, game shows, and a few great prime time comedies and dramas, now there is something for everyone, and we can watch it at any time of day. If we don’t want to schedule our time around what’s on the tube, we can record our favorite programs and binge watch later. Or, we can binge watch entire series on Netflix, Hulu and Amazon. These services also allow us to find and binge on shows we may not have otherwise come across, leading to new favorites and, overall, a more satisfying TV viewing experience.

I’ve said it before – it’s an embarrassment of riches in the TV landscape these days.

On the flip side, the tech boom has improved a creator’s opportunities both in the creation of new, fresh content and in getting their creation in front of a wide audience. Professional cameras, microphones, and editing software are commercially available, and almost anyone with some time, cash and a passion for filmmaking can make a show. Then all it takes—at least in theory—is putting it up on YouTube or submitting it to an ambitious, risk-taking studio like Amazon to get it out there. It’s not to say that the major studios and networks don’t still rule. Money and prestige are still important in getting a show made. But the opportunity pool is growing wider to fit more strong swimmers. We’re getting there. This new phase in the development of TV has already brought us Transparent, Unbreakable Kimmy Schmidt, Broad City and Battleground.

So, when we have more content than ever, why are we also so lush with reboots? Throughout the next year we will see some of the most exciting (and seemingly unnecessary) reboots in years. From The X-Files to Fuller House to Twin Peaks, we’ll get to check in on many of our favorite characters and places in new series no doubt brushed with a thick coating of nostalgia, but heavily reworked to please current audiences, too. 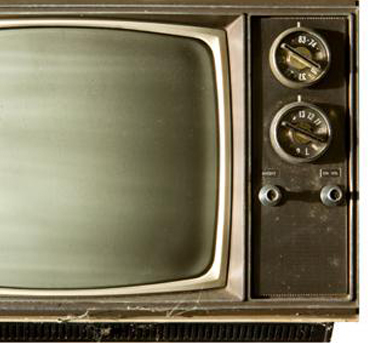 There are a number of reasons producers might lean toward reboots. First of all, bringing a carbon copy of an old show to the air might be easier than coming up with a whole new set of characters, relationships and comedic or dramatic conventions. There is a pre-established formula—one that viewers will be familiar with, and that has already been successful once. Why not twice?

On the other hand, old series often don’t hold up for audiences used to the premium quality of Game of Thrones and Parks and Recreation. I recently watched the original Twin Peaks, and it just didn’t captivate me. In fact, I nearly bailed several times, and by the time I was finished (confession: I still haven’t seen most of season two), I quite hated it. A carbon copy may not be the best bet for audiences with different tastes than they had 20 years ago.

Another reason networks might favor reboots is money. A tried and true story with tried and true characters is less of a risk than a new idea—especially an edgy, provocative one. The diversified TV landscape means fewer eyes on every show, as people pick and choose their favorites and ignore the rest. A new show has to capture audiences’ attention and keep it to find success, especially on network TV, where everything rides on ratings and whether a show’s audience is appealing to advertisers. Reboots come with a built in audience that hopefully already cares and is predisposed to pay attention. But according to Merrill Barr at Forbes, it’s not all about the buoyancy of the new series. When a show like The X-Files or 24 is rebooted, the old series becomes like “found money.”

“A revival of ­The X-Files means all of the show’s previous work is valuable again. Old fans are going to start re-watching it, and newcomers are going to start seeking it out in order to get caught up before the premiere. The reason this matters is because Fox can use that leverage to strike yet another highly valuable streaming deal with one of the big three (Netflix, Amazon and Hulu) to make some serious money off the currently dead series.”

Watching “dead series” is another trend fed by the changes in the industry. The DVR, and the DVD and VHS tape before it, have allowed us to amass entire seasons by taping them during their live airing or buying them in the store to watch and rewatch at our leisure. Now, online streaming has made dozens of popular series available at our fingertips. No doubt countless twenty- and thirty-somethings are reliving their teen years, hanging out with Rory and Lorelai or Ross, Rachel, Chandler, Phoebe, Joey and Monica for hours upon hours in their spare time.

When it comes down to it, there’s plenty of room for all kinds of content—good, bad, old and new—in the TV space right now. Something for everyone means full freedom to recline comfortably in nostalgia, if that’s what suits your fancy. Sometimes, we have to go back.

Here’s a list of some of the confirmed (or close to confirmed) series reboots debuting in 2015 and 2016. Which ones will you watch? Which will you skip? Which are you most excited or nervous to revisit? Will you go back and rewatch a whole series before a new season debuts? Let us know in the comments or find me on Twitter @sarahmusing.

These movies are also being developed for television:

Is it time to fully cut the cord? TV Technology Update, Spring 2015
Game of Thrones returns, foreshadowing “The Wars to Come”
To Top