George Stroman III remembers learning to tie his shoe at Benderson Heights, one of the Syracuse Housing Authority’s 15 complexes, off West Colvin Street, before moving into Pioneer Homes, off East Adams Street, one of the first five such projects in the United States.

In a brick row house, he learned to avoid serious trouble through sports: basketball at Wilson Park, baseball at the Youth Enrichment Outreach Program on New Street and flag football at Sherman Park.

“It was fun growing up,” he says, “but hard. There was danger. Gang members came to the games.”

Encountering conflict he could not avoid, he dropped out of Corcoran High School, but in 2007 he found the Media Unit, Central New York’s performance and production program for teens in television and stage, at a CNY Works jobs fair. He passed the GED, enrolled in Onondaga Community College’s Electronic Media program and graduated last semester. 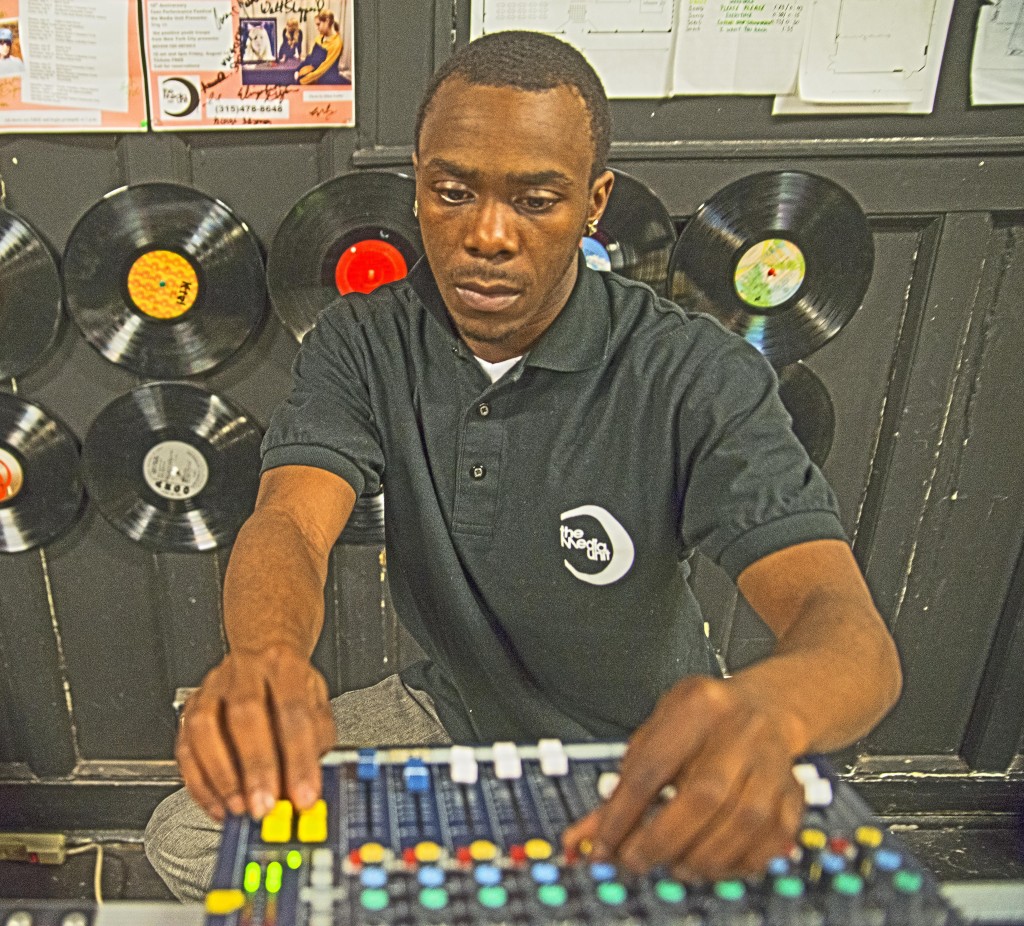 Working full time as the Media Unit’s production coordinator, Stroman has spent the past month editing videotape reflecting the past 75 years of the authority’s activity into an eight-minute presentation for an anticipated audience of 700 at SHA’s Gala Milestone celebration, Friday, April 4, 5 p.m., at the Pirro Convention Center. Former television anchor Jackie Robinson will serve as emcee, with dinner music from Ronnie Leigh and an after-dinner get-down boogie session with the Black Lites.

Tickets for the event, including a choice of dinner entrees, are $75, and are available by calling 470-4210. Special ticket programs have extended attendance opportunities to 250 low-income residents of SHA complexes as well as donations of formal attire.

“We’re celebrating the success of a transition which many housing authorities across the country have not been able to achieve,” said Bill Simmons, the authority’s executive director since 2007. “With the old way, we had become a social service agency, providing staff, programming and resources for tenant needs, especially elderly and youth.”

Cuts in federal spending and the requirement to establish an audit management approach to operations by the U.S. Department of Housing and Urban Development were met with a local rent-to-own strategy and partnerships with the Syracuse Police Department, Syracuse City School District, Center for Community Alternatives, the Boys and Girls Clubs and the County Department of Social Services to meet those tenant needs.

Walt Shepperd is the Executive Producer of the Media Unit.

Click the pic to read more stories from Walt Shepperd.

Picture Perfect
United in Support of Education
To Top