Breakout photography students Amrita Stuetzle and Ana Thor began working for Light Work Gallery, a local artist-run, non-profit organization, during their junior year at Nottingham High School. The gallery is in the Robert B. Menschel Media Center on the Syracuse University campus.

When graduation came around, both artists chose SU as their college. Say Yes to Education of Syracuse, a national non-profit education foundation dedicated to increasing high school and college graduation rates among students, provided them the means to pursue their academic and artistic careers.

Pat Driscoll, local operations director of Say Yes Syracuse, says that Thor and Stuetzle developed a strong relationship with Light Work during their time at Nottingham and that relationship carried over into college.

“Say Yes Syracuse wishes Ana and Amrita all the best as they graduate from Syracuse University and embark on a future filled with promise,” Driscoll said. “I am certain their talent and hard work will lead to great things.”

As seniors, the duo is making their mark with their photography and preparing to venture out on their own. At Light Work’s 2014 Transmedia Photography annual exhibition, Stuetzle won the Best in Show award. The exhibit featured the photography of seniors from the art photography program in the Department of Transmedia, which is part of SU’s College of Visual and Performing Arts.

“Tree Hand,” Stuetzle’s photograph chosen for display, was a close-up of a plant. Stuetzle says that she receives inspiration from her experiences of the natural world and her interest in science. She also looks to early color photographers such as William Eggleston and Stephen Shore as her muses.

“My project is largely about the influence of science on landscape and the natural world,” Stuetzle said. “I am interested in the fluidity between concrete and virtual experience of beauty and focus my work largely on the abundance of plastics, the modification of nature through science, and virtual experience.” 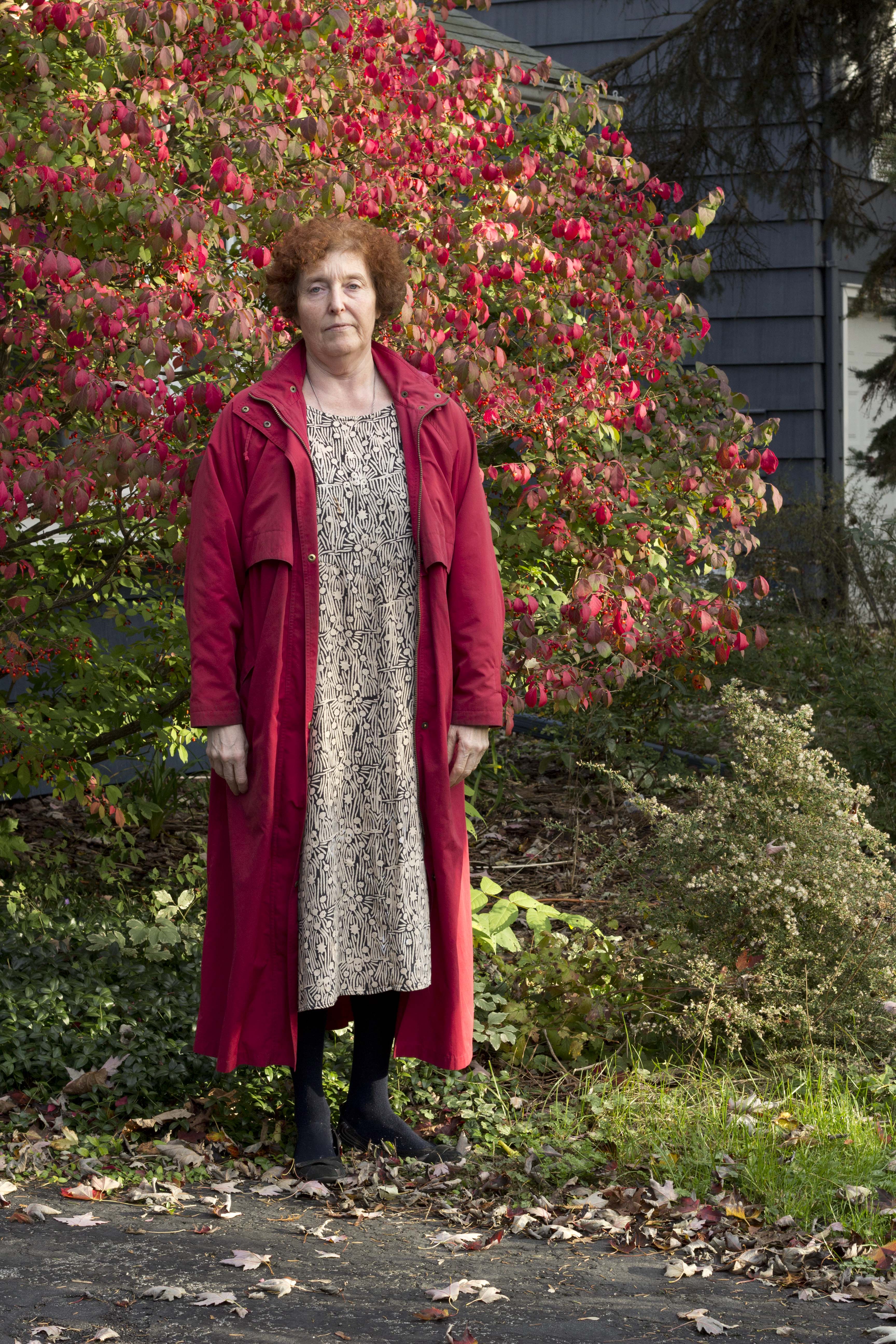 Courtesy of Light Work
On display: “Firebush” is a photo by Ana Thor of her mother standing by a large shrub.

Thor, a quiet soul who would rather her voice project through her art, remains true to her roots in her photos. She photographs her family members in their natural environment quite often. She is inspired by Doug Dubois, a professor at SU, and Elinor Carucci, an Israeli-American photographer. The photograph that was chosen for display is “Firebush,” of her mother standing by a large shrub.

“I like for my pictures to have a close and intimate feel with a bit of mystery,” Thor said. “I want viewers to be able to relate and be there in the moment with me.”

Mary Lee Hodgens, associate director of Light Work, says that she is proud that they are both being recognized for their talent and hard work. She also admires them both for recognizing and taking advantage of the opportunity to work at Light Work and attend SU.

“They are both serious students and hard-working employees,” Hodgens said. “They have the invaluable attitude that every employer looks for: a willingness to roll up their sleeves and do whatever needs to be done.”

Civil War in Focus
Reaching a Milestone
To Top