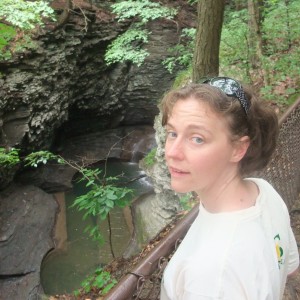 Kids’ toys and crafts look a lot different now than they did when we were kids. One of my favorite crafts as a kid was to make “birds’ nests” outside with mud and sticks, letting them dry in the sun. Mud, sticks, rocks, pine-cones, paper and string (if you’re lucky) have been the toy and craft items for children throughout history. Commodities like tape and Band-Aids were tightly controlled by parents even only a generation ago.

Fast-forward to a new era of cheap stuff. Plastic toys and craft products are so abundant that they have become the new hallmarks of childhood. Even while just about every American can recite the mantra “Reduce, Re-use, Recycle” in her sleep, individually we throw away 4.4 pounds of trash a day.

Our Earth is in the midst of a genuine plastic trash problem. The Clean Air Council estimates that 2.4 million pounds of plastic enter the ocean every day, and in every square mile of ocean there are 50,000 pieces of plastic. Recently, on a beach in Great Britain, swimmers found a washed up yogurt cup circa 1970!

While many of us might not feel comfortable talking with our kids about environmental destruction, the idea that animals eat plastic and die is just about the easiest concept of grasp. Of course, we might want to spare the heart-wrenching details, like the fact that mother sea-birds mistake the unavoidable quantity of plastic trash for food and bring things like glue sticks, foam stickers and balloons to their chicks in the nest. Scientists then find the chicks dead and decomposing around these little piles of plastic that filled their stomachs.

Unfortunately, recycling is not the solution that it is made out to be. Most plastics are not recyclable; even if there is a triangular chasing-arrows symbol on it, it does not mean that it’s recyclable. Plus, even the plastic that is recyclable can be made into another product only one time.

At worst, we are teaching our kids to litter, ignoring where something goes once it leaves their sight. The message is: If it is fun now, it doesn’t matter what the consequences are. Don’t think about. At best, we have a cute and fun toy or piece of art that gets admired and played with for a couple of days.

I also admired my mud birds’ nests for a couple of days, until the rain washed them away. As much as I love my daughter’s art, I don’t plan to keep it for thousands of years. The crazy thing about plastic is, we have designed a chemical compound that is almost indestructible to fill the consumer need for disposable items.

For those interested in learning more about the plastic trash problem and all of the totally awesome efforts under way to address it, I highly recommend the documentary Bag It. It is informative, funny, and entirely down to earth. (Get it? Down to Earth.)

Solutions to the plastic trash problem are everywhere. At our house, we recently made paste out of flour and water (well, it was my mom, actually, but I’ll take the credit). I swear it took less time than it would to locate the product on the shelves at Wegmans. It works really well, and it creates no plastic trash.

Salina Court: An Idea Whose Time Has Come. 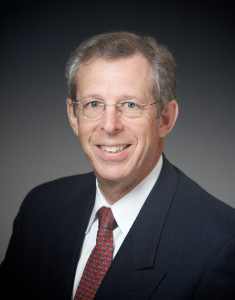 Pedestrian malls are not new to cities, and some fine downtown areas have dedicated streets and even broader areas to pedestrian “auto-free” zones.

Kalamazoo, Mich., became the first mid-sized city to adopt a pedestrian mall, in 1959, and there are many similar dedicated city auto-free areas in our country and around the world. Successful pedestrian malls are seen in Burlington, Vt.; Minneapolis; Oakland, Calif.; Des Moines, Iowa; Ithaca; San Antonio, Texas. In New York City, part of Times Square is closed to traffic.

Other cities jumped into creating these malls, and some were not successful. Buffalo’s 25-year-old pedestrian transit-only mall was beautiful but had few pedestrians. Other cities have done likewise because the areas were not planned well and because few people live downtown and, after normal work hours, the mall areas become ghost towns.

While this has been proposed for our downtown in the past, I don’t feel the circumstances were right for this type of project when suggested. With recent developments in the center of Syracuse’s downtown, there’s no better time to start with one street and test the public reception and use.

Is it time for Syracuse to create an auto free zone? I think so, and I suggest naming it Salina Court. The pedestrian-only street would be on South Salina Street from Jefferson Street to East Water Street.

Past and recent developments in that vicinity — with new housing in Dey’s Plaza, retail and housing in the Pike Block, the Armory Square area, Lowes Landmark Theatre & Apartments, Franklin Square, Mission Landing, Amos Building apartments and other nearby locations — have brought a new residential, retail and entertainment community to downtown. With the success of these center city enhancements, such a mall bringing people to the area would spur further business and recreational development of the area. The movement of the Centro Transfer Hub to Warren Street and improvements in the Near West Side district with new or renovated buildings housing O’Brien & Gere engineers, WCNY, King & King Architects, the Redhouse Arts Center and a Marriott Hotel have all breathed new life into downtown.

Salina Court would be restricted to emergency vehicles and delivery traffic, which would be limited to specific hours. The middle cross streets of Jefferson, East Fayette and Washington streets would accept crosstown traffic with stop and go travel only. Kiosks, tables, chairs, benches, night lighting, large planters and shaded leisure green space would enhance the court. Possibly local garden clubs and downtown residents would take responsibility for maintenance of garden areas and planters, as in the Meadowbrook Drive end caps project. Places for bicycle parking would be present.

I recognize that a bus route change will be necessary, but with the transfer hub nearby, I believe that increased bus use will result from pedestrians leaving cars outside of the center city and busing to Salina Court. Salina Court with its proximity to the Connective Corridor and its bus transportation routes will further encourage connectivity of the Syracuse University community to downtown. Parking in downtown city garages should be free on weekends and every day after 3 p.m.

Given the proven record of Clinton Square to attract people to the festivals that take place throughout the year, it is clear that people from our county and beyond travel to downtown to enjoy outside activities. The connection of Clinton, Hanover and Armory squares by Salina Court will enhance the festivals and all of downtown.

We have a great city that is reinventing its downtown, and now is the time to consider Salina Court, whether all-year round or seasonal, from April through December. Developers have started the process with residential, retail and dining establishments; let’s enhance Salina Street to bring back the great center city we had when I came to Syracuse in 1971.

Robert H. Linn grew up in Albany and graduated from Ithaca College in 1971. He worked for 38 years with Ernst & Young CPAs in Syracuse and retired as its office managing partner.