Chris Cain’s blues roots go back to his upbringing with a father who had an impressive record collection and love of live performances.

Chris Cain loves the Salt City. “Syracuse is one of my favorite places in the world,” he says from his phone at his California home. “I spilled beer on the mayor once. I was really popular for that. It was years ago. Guys were giving me high-fives and stuff.”

Somebody better get in touch with the mayor’s office. Cain will return Sunday, Aug. 3, for a gig at Performance Harley Davidson, 807 N. Geddes St. The show will be presented by the Syracuse Blues Syndicate.

Cain’s own blues roots go back to his upbringing with a father who had an impressive record collection and love of live performances. “He would never miss B.B. King or anybody who played blues around San Jose,” Cain recalls. By age 3, Cain was accompanying his father to shows.

His mother was another key influence. “She took me to see The Beatles on a school day,” Cain says with excitement. “That’s how cool my mom was!”

Cain’s father started teaching him guitar when he was 8, and he went on to study music at San Jose City College. Although he was an accomplished player by that time, Cain went primarily to learn the musical terminology that he was missing. “I couldn’t communicate with other musicians,” he says. “I took every music class in school: clarinet, guitar, theory, big band. There weren’t enough hours in the day for music.”

Following school, Cain continued his musical education by mastering bass, piano, clarinet, alto and tenor sax, but he also attempted to make it in the real world. “I tried other jobs a couple times,” he says. “I had a job making coffins. That lasted about two days. I had a job with Coca-Cola making sandwiches on a conveyor belt and I just got them all backed up. It wasn’t me. So, back to guitar.” 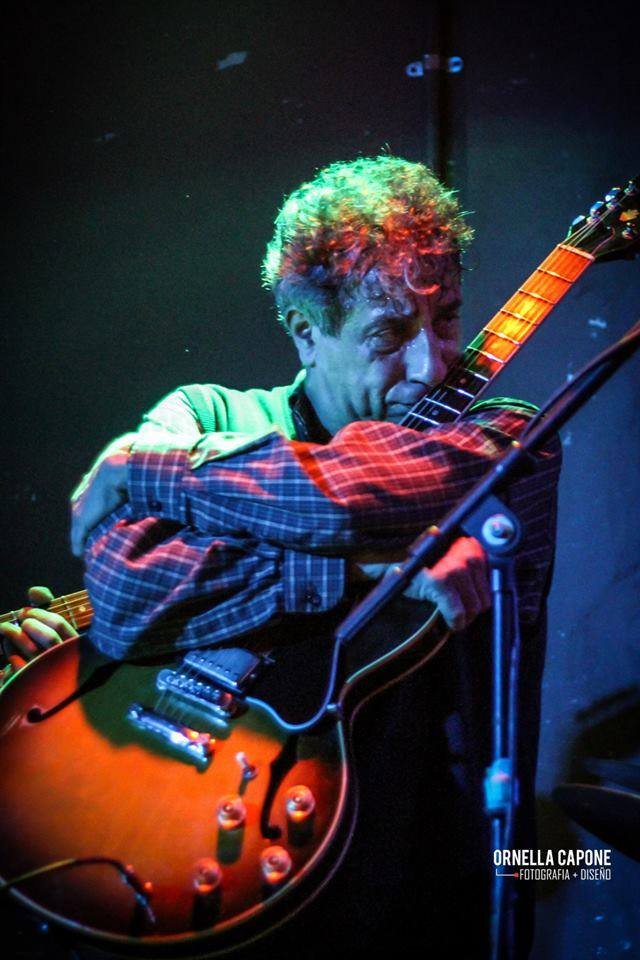 Late Night City Blues, Cain’s 1987 debut album, was made with $10,000 of borrowed money. Cain’s hope was that having a record would help him be taken more seriously in the world of professional musicians.

Still, Cain keeps the same gracious attitude. “I’m always thrilled every time I meet someone to hear that something I did got them through something,” he says. “I never take that lightly. That’s humbling.”

Advice from the artist:

“Always enjoy the musical part because there’s other parts that are not as enjoyable. Don’t let that stuff turn you off to the good part. These other parts can be tedious. You have to drive long distances. You’re a long way from home. Everybody gets homesick. Don’t make your guitar a business tool. Always have fun with it. There’s fun to be had playing an instrument. It’ll beat you up when you try to learn new things on it; it’s a little battle. But it’s been the greatest thing in my life. If I had a dime for every time I felt some way and put some music on and it made it better somehow, I’d have trillions of dollars.”

“Nowadays most young blues players are Strat-wielding Stevie Ray Vaughan-a-bees. Not Chris Cain. With a voice that recalls B.B. King and a thick-toned Gibson guitar sound reminiscent of Albert King, Cain is forging a unique style. With his own highly personalized songwriting, Hall of Shame is a giant step in the development of one of the most compelling young bluesmen on today’s scene.”
-Larry Nager (syndicated Scripts-CK SP Howard music critic), 2003