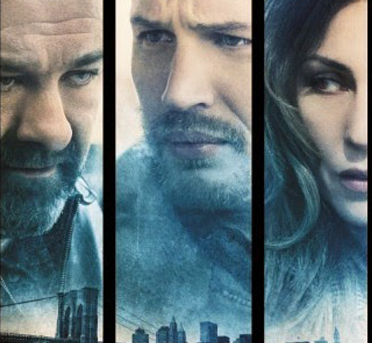 Brooklyn gets pretty good pub for resurgent chic in the media these days, and this native of the borough that the elders in my family called “the end of the pickle” before my father moved us out east to greener Long Island always takes note of that aura.

The blocks at the center of crime drama The Drop, though, that Brooklyn drawn up by noted writer of tension Dennis Lehane first in his short story Animal Rescue and then adapted for the direction of Michael R. Roskam, seem like they haven’t been flagged yet for the restoration.

This is the final film for James Gandolfini. It’s fitting for the big man who will forever be known as Tony Soprano. He plays Marv, who used to own Cousin Marvin’s, a neighborhood bar taken over a decade ago by a Chechen syndicate. They keep his name on it, use it as one of their drop bars to launder family money, and you can tell he has to tolerate all of it but doesn’t like it a bit. It’s a surly and great last role for the man taken too soon by a heart attack.

But Marv’s by no means the star of this dark character study.

That would be Bob Saginowski, the bartender at Cousin Marvin’s. Bob is actually Marv’s cousin who’s been at the burly guy’s side when Marv was THE tough guy, and stayed there through the falling fortunes. Tom Hardy is nothing short of brilliant as Bob. Marv seems to think Bob’s a pushover, giving away too many free drinks. Indeed, Bob appears quiet, methodical, maybe even hesitant. Yet isn’t he always full of thought and always watching, watching, watching from behind that bar, behind the wheel of his old truck and at the end of the leash of Rocco, the pit bull he finds abandoned in a garbage can on the way home from work one night and reluctantly adopts with the help of equally reserved Nadia, played with shy but deep dignity by Noomi Rapace. 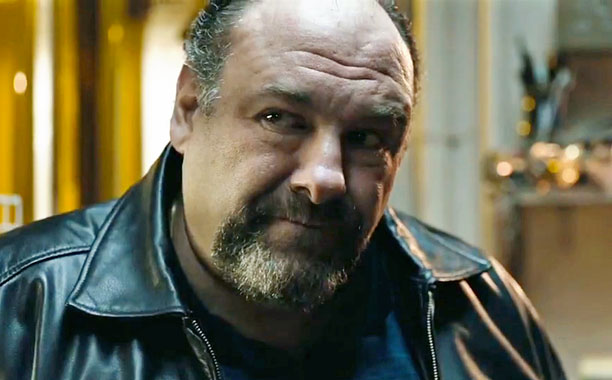 Bad guys do bad things in this Brooklyn, and if you saw Mystic River, Gone Baby Gone or Shutter Island, previous films taken from Lehane’s writing, you know what kind of evil he’s capable of conjuring. Eric Deeds, a psychotic creep brought to wretched life quite convincingly by Matthias Schoenaarts, puts Bob and Nadia in an ever-increasing pickle of the other definition. Detective Torres, a small by convincing part disarmingly smiled through by John Ortiz, makes Bob even more uncomfortable because he happens to be the guy who nods at Bob at the same daily morning mass. The night Cousin Marvin’s is robbed by two gunmen, the detective asks Bob straight out why he never receives communion, and this, of all questions, angers Bob to his core.

Those gunmen heisted only $5,000, because it was not a designated drop night. But of course, the Chechen owners of Cousin Marvin’s want that returned nevertheless.

Eric Deeds presses in on Bob about that other matter.

Marvin is acting like Marvin, which isn’t always comforting to Bob.

The Chechens says Cousin Marvin’s will be the drop bar in Brooklyn on Super Bowl Sunday, the biggest money day.

Godzilla Only Got 11 Minutes
Even from the cutting room floor, Galaxy fans want to know you
To Top