There’s no such thing as a stupid question?

Billions and billions of years ago, Carl Sagan asserted that there’s no such thing as a stupid question.

“There are naive questions, tedious questions, ill-phrased questions, questions put after inadequate self-criticism,” the late Cornell astronomer wrote. “But every question is a cry to understand the world. There is no such thing as a dumb question.” 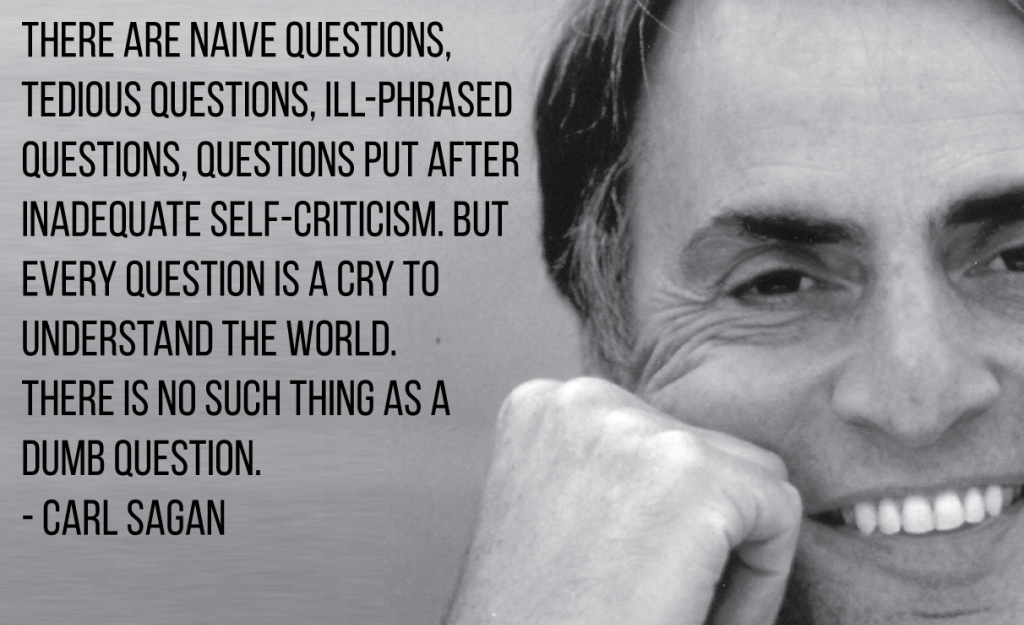 Shortly, I’ll demonstrate that it is possible to ask a dumb question, several actually, but that doesn’t mean Sagan wasn’t on to something. When someone calls a question stupid, it usually means the question cuts to the heart of the matter.

House Speaker John Boehner, for example, recently snapped at a reporter who had the temerity to ask if Republican funding cuts contributed to the deadly Amtrak crash near Philadelphia.

“Are you really going to ask such a stupid question?” Boehner asked.

No, are you going to ask such a stupid question, Mister Speaker?

Some of you will remember a press briefing after SU was bounced from the 2004 Big East Tournament in its first game. Boeheim was asked if the extra rest might help the team in the upcoming NCAA Tournament. It’s hard to imagine a more non-threatening, hopeful, downright empathic line of inquiry — just what you want from the hometown hacks.

‘‘Stupid question,’’ Boeheim answered. “Next question. Yeah, I like to lose. Go back to Syracuse, will you, please?”

And now look who’s handing out the dunce cap? District Attorney William Fitzpatrick faces a long list of moronic questions about his office Christmas party three years ago at Dinosaur Bar-B-Que. Such trivial b.s. One of his then-assistant district attorneys threatened to toss the piano player out of a second-story window if he didn’t hand over his video camera. The camera was seized and taken to the county crime lab and scrubbed, but there was no warrant and no charge. Why am I even writing about this?

An “idiotic, three-and-a-half-year, totally wasted effort to investigate nothing, at unknown expense to the taxpayers . . .” is Fitzy’s response to a police probe into the matter.

Nothing to see here, folks. Have another pulled pork slider.

See, the thing about stupid questions is that they often provoke revealing responses, which makes them not so stupid. The other day, I paid a visit to Skaneateles Furs. Finding the nice proprietor lady freshly cleansed of animal blood, I asked her, “Where’s the Skaneateles Dollar Store?” Even Carl Sagan would call that a dumb question. Yet after some initial befuddlement, the pelt lady proved helpful.

Oh. I bet that’s where the Skaneateles state prison is as well.

More dumb questions: At the Blarney Stone on Tipperary Hill, I asked “Duffy,” the kitchen manager, if the big boulder outside the front door was the one I was supposed to kiss for good luck. As every second-grader knows, the real Blarney Stone is in Latvia.

“Don’t kiss that rock,” Duffy warned. “God knows what’s on it.” He also had a tip: Don’t kiss the real one: People spit and urinate on it.
See? Aren’t you glad I asked?

Beaver Lake Nature Center was next. I approached the information desk and inquired, “Do you sell beavers here?”

“Stuffed ones?” an attendant asked.

A co-worker intervened. “They’re a little busy right now,” he said of the beavers, his hand no doubt groping madly for the panic button. Maybe I’ll try back another time.

Delta Sonic was last on my list. I explained to the young lady in the kiosk that my dog, Larry, had “rolled in something” and could I come back later and have him run through the car wash on his own? You don’t need to be a genius to see the risk: Larry might damage one of the large rotating brushes while trying to hump it.

“No, he can’t run through here,” she said. “Not acceptable. Sorry.”

It’s for the best. That would be gross abuse of shower.

Black and White and Dead All Over
In Memoriam
To Top