Blues guitar legend B.B. King, 89, passed away on May 14 at his Las Vegas home. The musician was sidelined by health issues that started in October 2014, but just four months earlier he was rocking the rolling lawns at Onondaga Community College, site of the Syracuse M&T Jazz Fest. King lured more than 25,000 fans to his July 12 show to hear an evening of tunes performed on his beloved guitar Lucille. Jazz Fest founder Frank Malfitano contributed this remembrance: 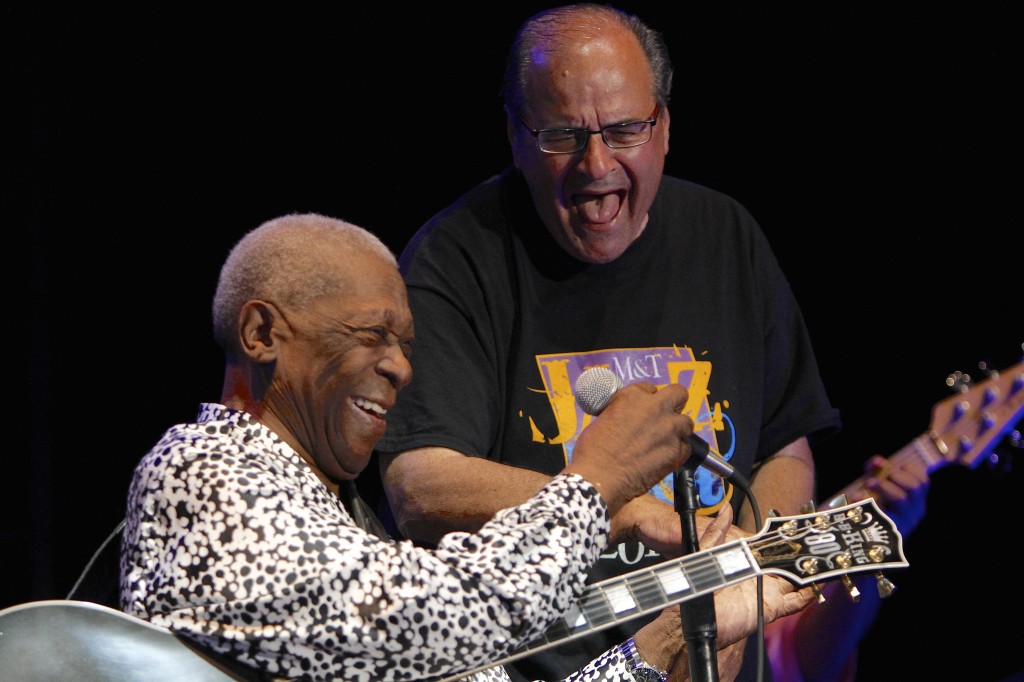 “B.B. King ranks alongside Louis Armstrong as one of the sweetest and most beloved global goodwill ambassadors in the history of American music. In terms of his musical legacy and import, he also sits atop the mythical Mount Rushmore of blues on a pantheon of blues masters, pioneers and stylistic originators that includes the great Willie Dixon and fellow blues legends Muddy Waters and Howlin’ Wolf.

“In short, B.B. King was the blues and without hesitation he was the undisputed King of the Blues, and a man whose name has become synonymous with the blues worldwide, in the same way we associate Aretha Franklin and Ray Charles with soul, Miles Davis with jazz, and James Brown with funk. We’ll all miss him terribly, but will be forever grateful that Syracuse Jazz Fest was one of his last major jazz festival appearances on the planet. For us, there is simply no greater honor than that.” 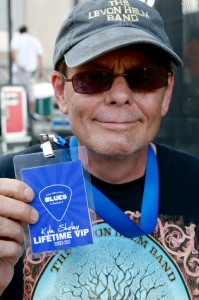 Prior to King’s death, local blues harpist Kyle Shirley, 62, passed away April 26. Austin Jimmy Murphy, founder of the New York State Blues Festival, told El Paso Times reporter Doug Pullen in 2013, “There was a guy in Syracuse named Kyle Shirley. He was based in Chicago when he was in the military. He got hooked on the blues and brought it back to Syracuse. Without Kyle, there probably would not be a blues scene as great as it is in Syracuse.”

And longtime WSYR-AM 570 morning-drive radio host Joe Galuski, 64, passed away May 14 following a long battle with cancer. Although best known for his affable chitchat for more than a quarter-century on WSYR, Galuski also spun the platters that mattered during the evening shift for then-rock station WNDR-AM 1260 in the mid-1970s, back when Jim O’Brien, Fran McGrath and Gary Dennis shared the microphone throughout the deejay day. 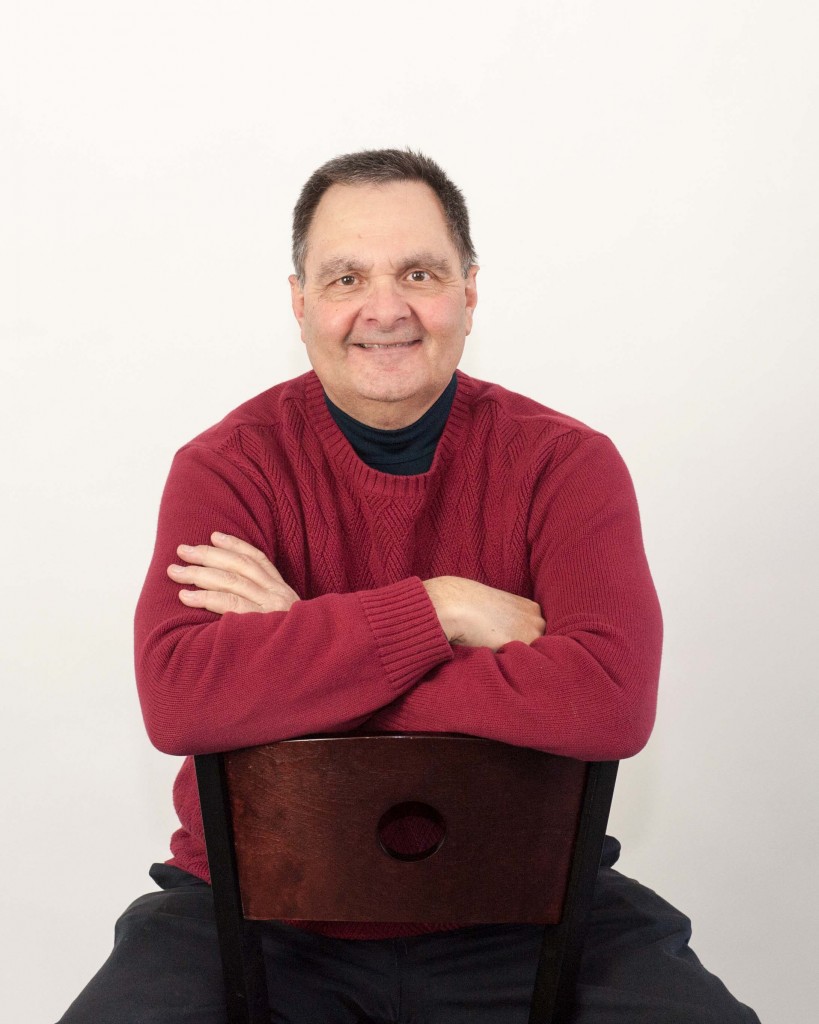 The Dysfunctional Family Barbecue, presented by WKRL-FM 100.9 (K-Rock), returns to the New York State Fairgrounds‘ Chevy Court after a year’s absence. Morning-drive host Josh Grosvent, who will emcee the event on Saturday, May 23, noon, labels the hard-rock barbecue as “the springtime cousin of K-Rockathon, smaller but just as fun.”

K-Rock skipped producing the 2014 edition, but fans clamored for its return. “We love bringing concerts to Central New York,” Grosvent says, “so any excuse to do so, we jump on. Hence, our connection to this event, K-Rockathon, Taste of Syracuse, Balloonfest and much more.”

Saturday’s barbecue features Hinder as the headliners, preceded by Devour the Day, Krashkarma, Message to Venus, 1 Echo 1 and local rock unit After Earth. Food and drink will also be available. The $10 tickets are available at Krock.com, Bodified tattoo/piercing shop in Oswego, and NAPA Auto Parts stores.