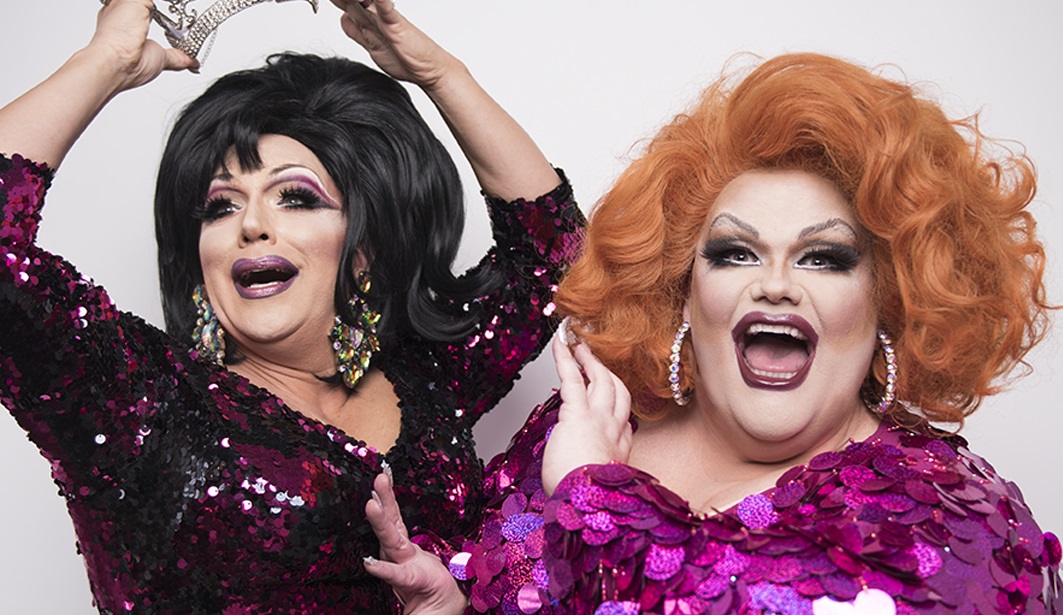 Syracuse Stage and Rain Lounge are partnering up to put on a Drag Battle performance on Friday, March 23.

A different form of entertainment will grace Syracuse Stage’s Archbold Theatre on Friday, March 23: During the inaugural Salt City Drag Battle, nine queens from across the state will strut across the runway for a chance at a $1,000 prize.

“I feel like everything that encompasses drag overlaps with theater,” said Brenna Merritt, a graphic designer with Syracuse Stage’s marketing department. Merritt referenced the often handmade costumes, choreographed performances and dramatic makeup that are used to make the drag personas come to life.

Syracuse Stage officials brainstormed the idea for a drag competition last fall; after all, Syracuse already has a thriving drag culture, and the company wanted to give a mainstream platform to the art, Merritt said. The battle could also introduce the Syracuse community to the vaudeville-style art form, perhaps giving residents something new that they otherwise would not have experienced.

The event will be co-hosted by Rain Lounge, known for its drag performances. The venue has weekly local shows and often features larger events with drag performers from Europe, according to owner Duke Epolito. Rain Lounge is one of the few drag venues in the Northeast that mounts shows of that magnitude.

Several local queens from the lounge, including Drag Battle hosts Mrs. Kasha Davis and Miss Darienne Lake, both of Rochester, have been on the Logo network’s reality-TV program RuPaul’s Drag Race. The show, which premiered in 2009, follows 14 drag queens as they compete in challenges for a chance at $100,000 and other prizes.

The popular show’s ninth-season finale set a viewership record with about 859,000, a 218 percent increase compared to the eighth season’s finale, according to the show-biz trade magazine Variety. Kasha was on season seven of RuPaul’s Drag Race, Darienne was on season six and Pandora Boxx was on season two and the spinoff series RuPaul’s All Stars Drag Race.

“I was really excited to see Syracuse Stage reach out and want to do something with the gay community and see drag become more mainstream,” said Epolito. He’s been running Rain since its inception 17 years ago; the female impersonator performances began seven years ago. Rain has gained recognition as a premiere location for drag culture, with lounge officials often setting up booths at nationwide drag conferences.

“Drag is very punk rock, very anti-establishment,” Epolito said. “But modern drag has become so much more accepted. It’s neat to see the heterosexual community coming to see it and understanding it’s a performance. When I was a kid, people didn’t talk about it. It wasn’t something that was acknowledged.”

Many performers who begin in drag have gone on to successful solo shows. Epolito has seen drag queens doing standup comedy and releasing albums as live vocalists. Even the world of modeling has found room for the drag art form.

The Salt City Drag Battle will feature two acts, with performers either showing off a fashion look or doing a performance in the first half, then doing the opposite in the second half, Merritt said. During intermission, patrons can purchase food and drinks, with proceeds benefiting Syracuse Stage’s artistic programming.

The nine contestants were narrowed down from a pool of applicants who submitted a performance video and social media and online profiles. The judges include Epolito, TeNesha Murphy of WSYR-Channel 9’s Bridge Street, and Ralph Zito, chair of the drama department at Syracuse University.

Merritt admitted that the drag battle is far away from Syracuse Stage’s comfort zone, yet the company is pleased with the online buzz generated by the event. Stage officials said the 500-ticket show had nearly sold out, but a few tickets may be available at the door. Epolito said the show will promise some good laughs and an infectious sense of positivity: “It’s just like watching art come to life.”

The Salt City Drag Battle will take place Friday, March 23, 8 p.m., at Syracuse Stage, 820 E. Genesee St. Tickets are $25 for general admission and $50 for VIP, available at syracusestage.org/drag. All ages are welcome, although event organizers warn that there will be adult themes and language that could be inappropriate for some ages.