For Kristen Roe, there is nothing quite like running in the snow. But Roe’s exhilarating winter workout isn’t on a paved road; it’s snowshoeing.

“Going on a trail in the woods with snow-covered trees is like being in a fairytale storybook,” Roe says. “It’s so peaceful. Even on a freezing cold day you warm right up as it’s such a workout.”

Roe, of Manlius, isn’t the only athlete with an affinity for racing in the snow. The certified trainer and Ironwoman racer will join more than 50 other competitors Jan. 26 at Highland Forest Park for the Empire State Snowshoe Championship. The event features a 5K and 10K run for different age groups and a fun run/walk. The event also benefits the veteran support group Team Red, White and Blue.

Cole Crosby, of Cortland, is the defending champion. He finished last year’s 10K race in 50:34 in his first year competing.

“Snowshoe running is at the essence of what ‘pure’ running is,” Crosby says. “You simply are outdoors in some of the most majestic of backdrops taking in the beautiful winter scenery while gaining one of the most holistic aerobic workouts imaginable.” 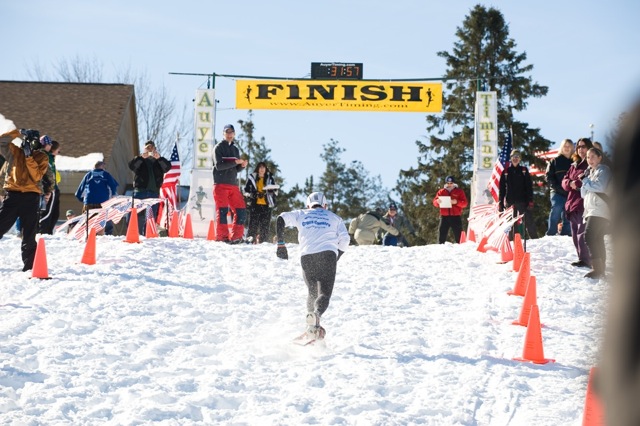 Roe has participated in some local races, but this will be her first state championship and first attempt at qualifying for nationals. Racers will loop the scenic 5K course at Highland Forest twice to complete the 10K distance. To qualify for the nationals, racers must be members of the U.S. Snowshoe Association, the sport’s national governing body. Roe, 45, who got into snowshoeing three years ago, is looking forward to testing herself against others and the elements. She was unable to compete last year because of injury.  “I know I’ll have my work cut out for me as it’s a challenging course and there’s always good competition,” Roe says.

“My goal is to repeat as winner in the 10K and also run faster than 50:34,” Crosby says. “I feel that my potential in snowshoe running is only just beginning. I look forward to the influx of talent this year from the Northeast with the nationals being held in Bennington, Vt.

”Snowshoe racing is a low-impact aerobic workout that doesn’t require a high degree of athletic skill. Snowshoeing is basically running or walking on the snow with specially designed snowshoe frames that are strapped to the feet.“It’s something anyone can do,” says Chary Griffin, the Empire State Championship race director. “It’s a wonderful way to stay fit, and all you need is a pair of snowshoes.”Griffin, who had been involved in snowshoeing for 15 years, classifies the sport as a cross between cross country running and adventure racing.“There are streams to go through, downed trees to go over, there are natural obstacles in the way,” Griffin says. “You have think on your feet.”The state championships will be contested on a well-marked Highland Forest course that features rolling hills, a thickly wooded forest, and streams, Griffin said. Spectators are encouraged to come and cheer on the racers. Highland Forest also offers snowshoeing to the public throughout the winter. 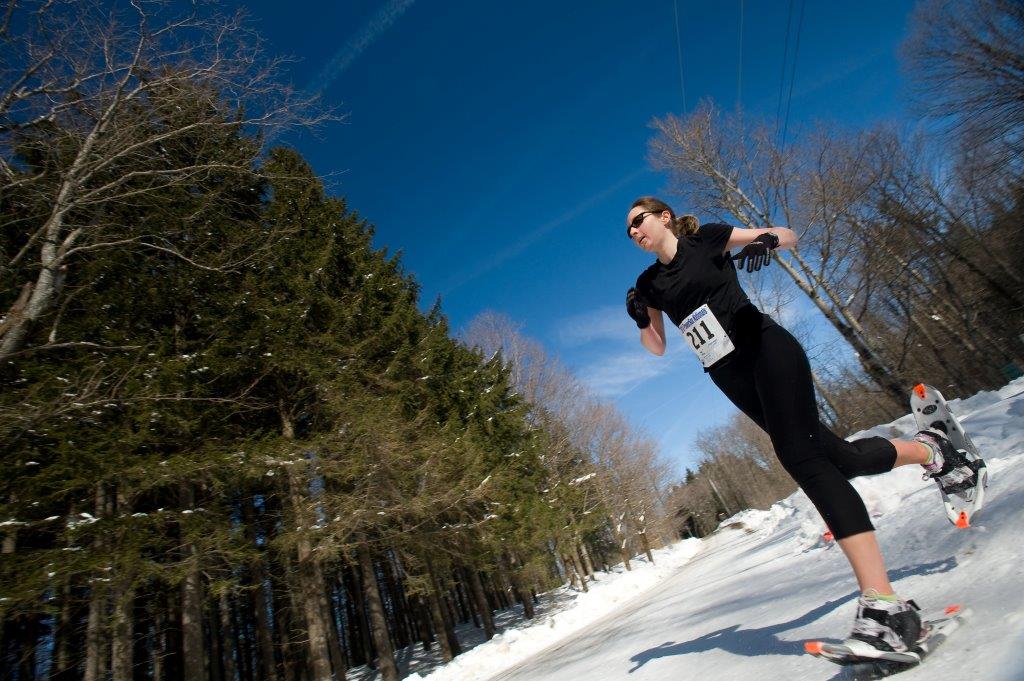 Veteran snowshoer and triathlete Janet Ohlsen, of Erieville, says the sport is rewarding on many levels. “I have found snowshoeing helps me focus on the positives of life,” Ohlsen says. “It also leads me to the beauty and the miraculous aspects of nature. When you run a race or just on your own, it is, to me, the most challenging, aerobic workout. Racing is just as hard as my Ironman race in Lake Placid. Even though it is such a hard workout, it is so gratifying when you are finished.”

What: Empire State Snowshoe Championship.
When: Sunday, Jan. 26, 10 a.m.
Where: Highland Forest Park.
Events: Races include a 5K and 10K Run/Walk plus a fun run.
National qualifiers: The 10K race is also a qualifier for the Dion National Championships, which will be held March 1 at Woodford, Vt. The 5K race will serve as a Junior Nationals (19-under) qualifier.
Directions: Take Interstate 81 South, exit at Tully and go east on Route 80 for eight miles to Highland Forest Park, in Fabius.
Cost: Park admission is $1.