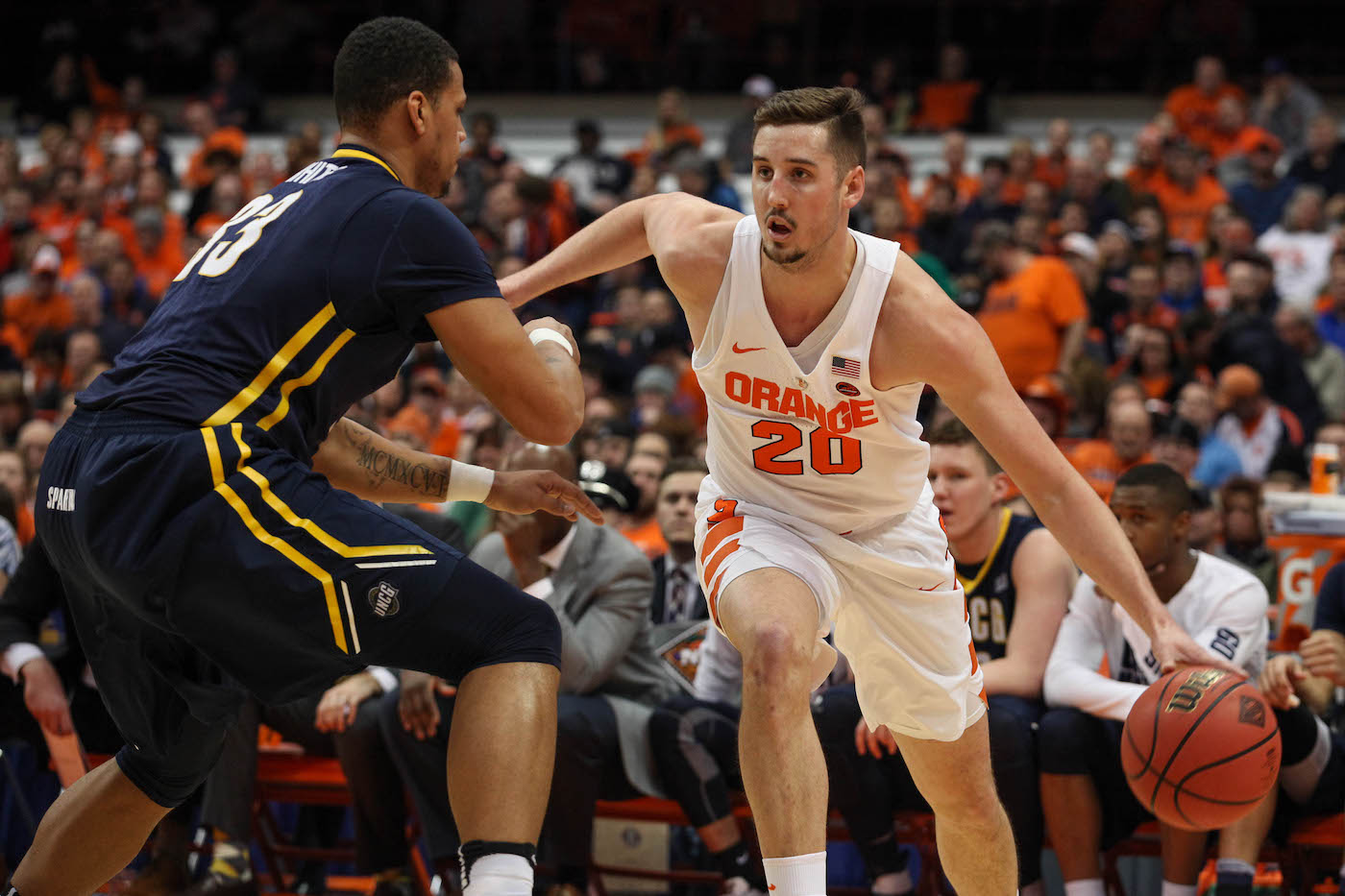 After being postponed on Tuesday, March 14, due to inclement weather, SU’s first-round National Invitational Tournament matchup against UNC Greensboro took place a day later on Wednesday, March 15. Fans were hard to come by in the Orange’s 90-77 win against the Spartans, with only 4,288 fans brave enough to make the trip to the Carrier Dome in the harsh conditions.

View photos of the game below: