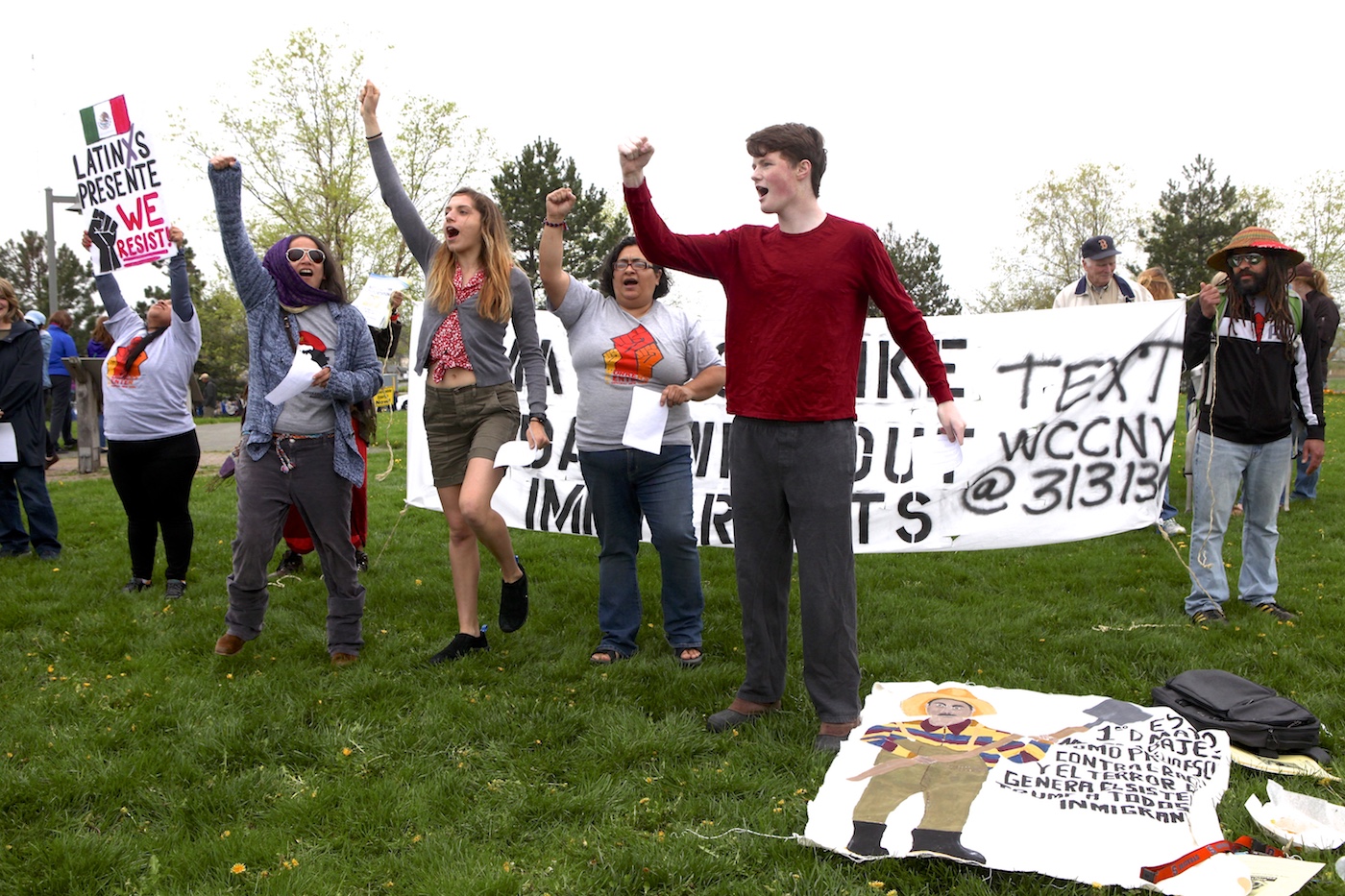 Michael Davis’ photos of the People’s Climate March in Franklin Square, and the rally to mark Trump’s 100th day in office.

Two gatherings were held on Saturday, April 30, with President Donald Trump at the center of both. Read Renée Gadoua’s coverage of the events here. The People’s Climate March took place in Franklin Square in response to Trump’s proposals to cut climate change programs. View photos of the march below:

At the same time, Central New Yorkers for Trump held a rally on Erie Boulevard East to mark the 100th day of Trump’s presidency. View photos of the rally below: