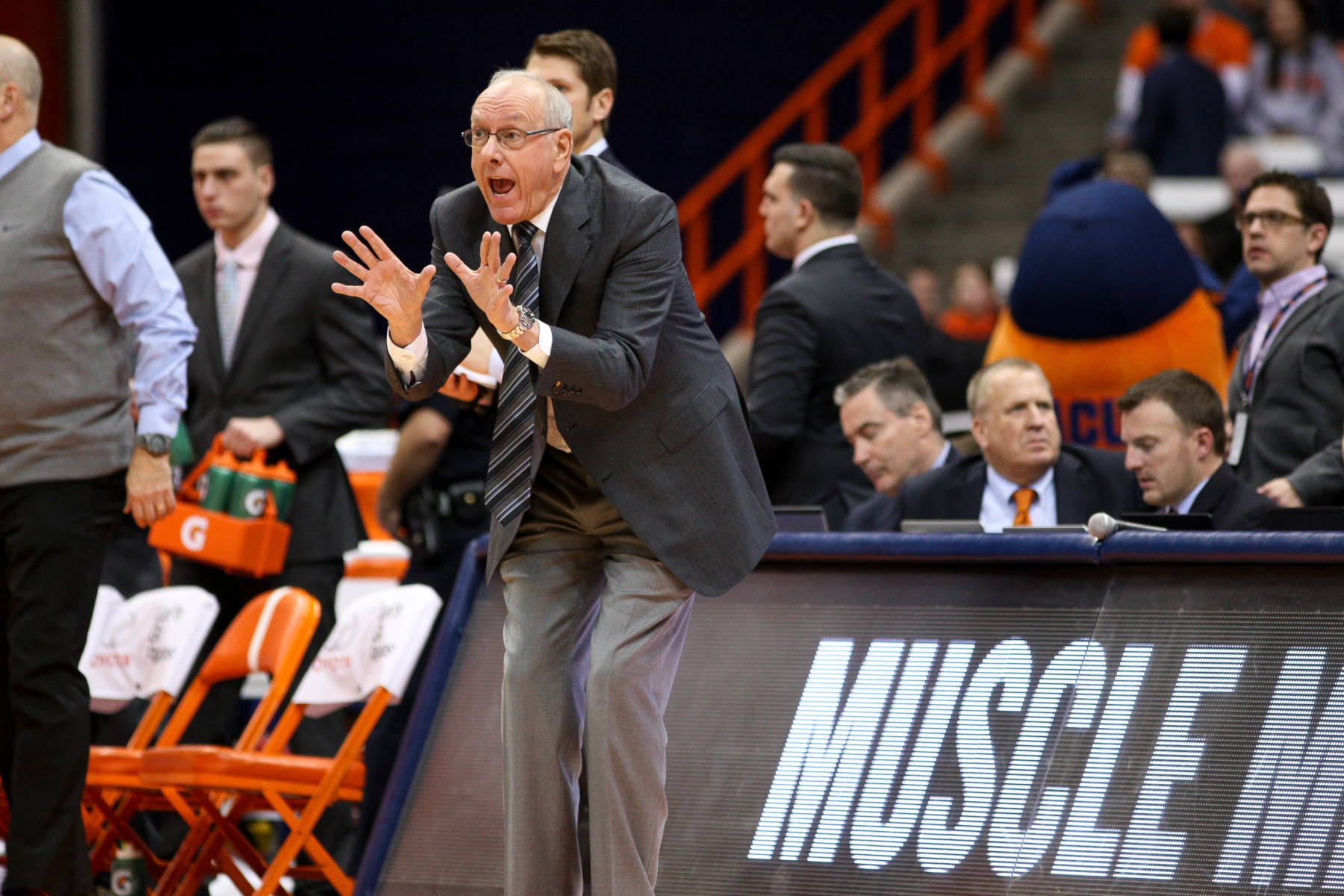 Following the Syracuse University men’s basketball team’s 81-74 win over the Buffalo Bulls Dec. 19 at the Carrier Dome, Buffalo Coach Nate Oats said two things about the Orange during his post-game news conference that are worth noting as SU prepares for the start of Atlantic Coast Conference play.

Oats comment No. 1: “We thought we were going to win the game. Our guys were coming into the huddle like, ‘These guys are soft, we just have to keep grinding away.’’’

Oats comment No. 2, when asked how he was feeling about the game that Buffalo led 68-67 with three minutes, 16 seconds remaining: “Frustrated. They (the Bulls) think they’re as good as them, they really do, and I tend to agree with them. I think those three (Syracuse) players are really good. After that, I think we’ve got some really good players at the front end, too, but we’re deeper and our bench was better.”

Give Oats a 100 for honesty, but a 50 for accuracy. This year’s Orange team is anything but “soft.” But it is true that the Orange could be in trouble in any ACC game that one or more of its big three – Tyus Battle, Oshae Brissett and Frank Howard – are struggling to score.

Let’s start with comment No. 1. The Orange is 10-2 entering the Wednesday, Dec. 27, game against Eastern Michigan at the Dome in large part because the SU players play hard and don’t give up. Some of that heart and hustle is reflected in the statistics: Entering this week, the Orange ranked fifth in the nation in rebounding margin (+10.7 per game) and offensive rebounding (15.08 per game), and they were 29th in field-goal percentage defense (38.5 percent).

And Syracuse continues to fight even when it falls behind. In its last three games, the Orange overcame a 13-point second-half deficit to win at Georgetown in overtime, finished the Buffalo game on a 14-6 run to overcome a 68-76 deficit, and rallied from a 13-point second-half deficit against St. Bonaventure to send the Dec. 22 game into overtime before losing 60-57.

“We’re not going to overpower anybody, we’re just going to have to keep working,” Coach Jim Boeheim said after the Buffalo game. “This team has made really good plays in every close game we’ve had. We couldn’t close against Kansas (in a 76-60 loss), but every game we’ve had that has been in doubt — and there has been quite a few of them — somebody has made a play. So these guys are doing the little things that you have to do to be able to win.”

Against St. Bonaventure, the Orange had several chances to win and probably would have if not for a controversial charging call on Brissett with 12 seconds left in overtime.

Which brings us to Oats’ second comment. Battle (19.9 points per game), Brissett (15.6) and Howard (15.5) are combining for 70 percent of Syracuse’s points. Buffalo and St. Bonaventure had guards chasing Battle all over the floor, and he was limited to 13 points against the Bulls and 11 points on 3-for-18 shooting against the Bonnies.

Overall, the Orange shot 30 percent from the floor (18-for-60) and 15.8 percent from 3-point range (3-for-19, including 1-for-9 for Battle) against St. Bonaventure, which won despite making just one field goal in the final 16:40 of regulation and overtime. Syracuse is averaging 72.8 points per game, which ranks 12th in the 16-team ACC.

Syracuse opens its ACC schedule against Virginia Tech (10-2) on New Year’s Eve at the Dome. To be competitive in the rugged ACC, the Orange will need to continue to fight through every possession while also finding enough offense, particularly as teams focus on taking Battle out of the game.

“It’s the toughest league in the country,” Howard said. “We’re going to fight, we’re going to work hard. But that’s every game, that’s a given. That’s something we’re going to do, that’s our identity. That’s the type of dudes we have.”

Another potential concern entering ACC play is Syracuse’s depth. Graduate transfer Geno Thorpe played in six games before leaving the team, while freshman center Bourama Sidibe has played only 16 minutes in the past four games because of tendonitis in his left knee and a sore right ankle. Counting Sidibe, the Orange has only eight scholarship players, and foul trouble is always a concern, particularly if Syracuse gets in another game with officials like the ones from the St. Bonaventure game who called 45 fouls. Syracuse’s Paschal Chukwu and Marek Dolezaj both fouled out in overtime against the Bonnies.