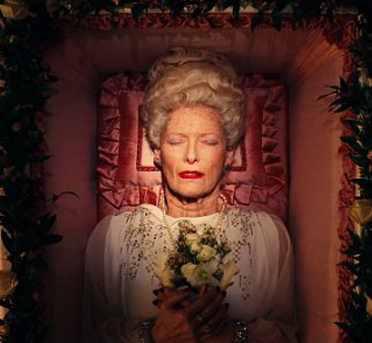 ‘The Grand Budapest Hotel,’ ‘Sabotage,’ ‘Noah’ will be odd, tense and epically wet

That’s “The Grand Budapest Hotel,” “Sabotage” and “Noah,” all opening on the big screens this weekend.

We’ll start with the slightly odd.

In “The Grand Budapest Hotel,” Ralph Fiennes stars as Gustave H, the man in control of a European hotel. The concierge is legendary in this comedy directed and written by Wes Anderson, inspired by the work of Stephan Zweig, and he’s got a devoted follower in his Lobby Boy, Zero Moustafa, played by Tony Revolori.

The trailer displays a plot that hops about, including the death of an elderly guest (Tilda Swinton), the theft of priceless art, the imprisonment of Gustave H and plenty of other eccentricities. Adrien Brody also stars, and there’s a parade of cameos appearances, including a turn by Bill Murray.

“Sabotage” is filled with the tension and hate that marks a tussle between a DEA task force and a drug cartel. Death gets between them, too.

Arnold Schwarzenegger stars as the DEA leader who sees his squad being cut down one by one in the action drama directed by David Ayer and written by Ayer and Skip Woods.

The trailer reveals much angst between the law and those who stray from it.

Sam Worthington, Terrence Howard and Mareille Enos also make a stand in the battle between good and evil.

Russell Crowe stars in “Noah.” He’s the bigger-than-life guy who intuits that he has to build an ark to save his family and a way of life before the big rain and flood swamps everything.

The trailer shows a big and grand spectacle.

The faction fighters of “Divergent” easily won last weekend’s box office war with an opening weekend gross of $54.60 million, according to boxofficemojo.com.

Coming in No. 2 was the comedy “Muppets Most Wanted,” with an opening weekend gross of $17 million.

The other opener, stand-up-for-your-belief drama “God’s Not Dead,” stood at No. 4, with a weekend gross of $9.24 million.