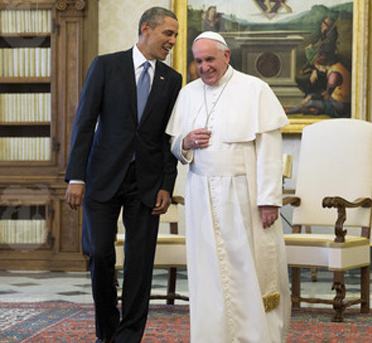 President Barack Obama was visiting with the pope when the White House unveiled his proposal to revamp the way the National Security Agency gets access to information about our phone calls and other electronic communications. Neither the president nor the pontiff commented about whether they discussed electronic eavesdropping.

Living quietly in our midst here in Central New York is a man who speaks with even greater authority on the delicate balance between privacy rights and national security. William Banks is an attorney and the founding director of the Institute of National Security and Counterterrorism, a joint project of Syracuse University’s College of Law and its Maxwell School of Citizenship and Public Affairs.

Considered one of the nation’s leading thinkers on the topic, Banks is on sabbatical while he writes a book, Safe at Home? The Role of the Military in Domestic Affairs. The book should be published next year by Harvard University Press (and you thought that Harvard was just a basketball powerhouse).

Obama’s proposal, a long-awaited response to Edward Snowden’s revelations that the NSA was collecting the metadata, would get the NSA out of the business of storing the data and instead force telecommunications companies to hang on to the records and make them available under orders from a Foreign Intelligence Surveillance Act (FISA) court judge. Under current practice, the spy agency keeps the files on who you called and for how long. The NSA must go to a judge to get permission to listen in on the conversations.

The legislative language that would put Obama’s ideas into practice has yet to be released, notes Banks.

“From a privacy standpoint, all of us do not like the current system,” says Banks, of DeWitt. “Reasonable people have differences of opinion as to whether (the proposed change) is a good idea. The issue is volume. Expecting FISA courts to sift through so much data is hard to imagine.

“The telecommunications companies routinely save data for 18 months. The concern in the intelligence community is that there won’t be data available when they need it. We need to take a good look at this. It seems like a really difficult challenge to manage this process in this way.”

Rep. Dan Maffei (D-NY) said in a statement that while he supports the president’s decision, “we must ensure the NSA is acting appropriately and we must balance our national security with our responsibility to uphold and protect the constitution. I remain concerned that his call for greater privacy measures has not gone far enough.” Maffei’s Republican opponent, John Katko is a former federal prosecutor who has experience with electronic surveillance. In an earlier interview he expressed confidence in the FISA courts, but has yet to provide a complete response to his views on the NSA controversy. 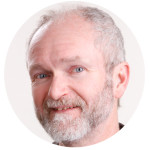 Charity Begins at Home
Katko on ISIS, Wiretaps and Railcars
To Top