A shoplifting suspect in Okaloosa County, Fla., managed to evade sheriff’s deputies chasing him but only after his car hit several mailboxes, which ripped off the car’s entire rear bumper. The license plate was attached. Deputies traced the plate to Devin Ramoe Stokes, 20, who told them he was sorry for the deed and the damage. (Northwest Florida Daily News) 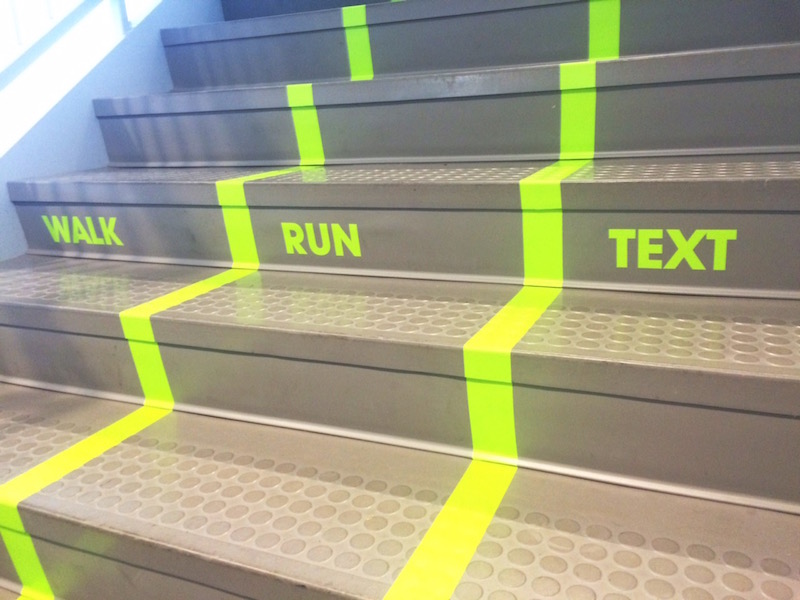 Utah Valley University has designated a lane for texting on the stairs of its Student Life & Wellness Center. Two other dedicated lanes, distinguished by neon-green stripes, are for walkers and runners. Amy Grubbs, the school’s director for campus recreation, acknowledged that not every texter sticks to the lane, noting some “don’t even see it because they’re so consumed in their phones.” (ABC News)

A man was giving four neighborhood children a demonstration ride in a cherry picker in Albuquerque, N.M., when a strong gust of wind caused it to topple over and crash 50 feet to the ground. Police official Simon Drobik said the man, in his 50s, and a 12-year-old boy died. (Associated Press)

The Internal Revenue Service notified Bill Levin, founder of the First Church of Cannabis in Indianapolis, that it has recognized the church as a tax-exempt religious organization. More than 600 members have paid between $4.20 and $1,000 to join the church, whose mission, Levin said, is to “proselytize the wonderfulness of the gift that this plant is to our human nature.” (Newsweek)

After police arrested Luis A. Cruz, 46, on heroin distribution charges in Springfield, Ill., his court-appointed attorney, Anna Levine, asked the judge to release her client on personal recognizance, pointing out his history of making court appearances for past offenses. Judge William Boyle responded by holding up a copy of the defendant’s arrest record in Florida, noting that it’s 52 pages long, and asked Levine to review it. She did but pointed out none of the charges was for failing to appear for court hearings. “It’s a 52-page record for showing up,” she told the judge, who nevertheless set bail at $10,000. (Springfield’s The Republican)