Curses, Foiled Again
Cass Alder, 22, bought table napkins made with images of $100 bills on them, then cut out the images, glued them onto paper and tried passing one of the bogus bills at a convenience store. The clerk refused to accept it. Alder exited the store but left the bill behind. It was used in evidence against him at his trial in in Charlottestown, Prince Edward Island, where a provincial court judge sentenced him to 18 months probation. (Charlottestown’s The Guardian) 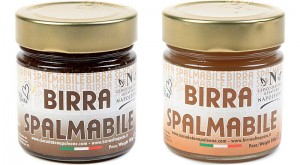 The Italian food company Alta Quotta introduced spreadable beer, which it said is ideal for “appetizers and cheeses” and “to decorate or fill” pastries, cakes and ice cream. The product, Birra Spalmabile, is composed of 40 percent beer, although it contains no alcohol. (United Press International)

Game of Drones
The world’s first university licensed to grant doctorate degrees in unmanned systems said its students can learn to fly an unmanned aerial vehicle in less than three weeks. Instruction at Arizona’s Unmanned Vehicle University consists of three phases, provost John Minor said. The first two allow students to learn at home, using a flight simulator. Phase three requires students to travel to one of the university’s flight schools around the country and work with an experienced flight instructor. The school charges students $3,500. (The Washington Times) 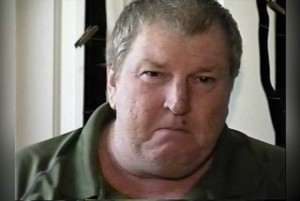 After John Noble, 53, shot and killed himself at a Henderson, Nev., resort buffet, authorities said he left a suicide note blaming the resort for his death by withdrawing its offer of free meals for life. The M Resort Spa Casino awarded him unlimited meals at its buffet in 2010 for being an M “biggest winner.” Three years later, it banned him from the property for harassing some of the women working there. “I was unjustifiably kicked out,” Noble insisted on a two-hour DVD of him talking about his troubles that accompanied his note. (Las Vegas Review-Journal)

Nuptial Secrets
An Indian bride dumped the groom after he incorrectly answered an arithmetic problem. Tipped off before the arranged marriage that Ram Baran was illiterate, Lovely Singh asked him to add 15 and 6. He replied 17, according to a police official in Rasoolabad, Uttar Pradesh. Father of the bride Mohar Singh said the “groom’s family had kept us in the dark about his poor education.” (BBC News)

Not-Pot Follies
After an assistant principal at a middle school in Bedford County, Va., found a plant leaf and a lighter in a sixth-grader’s knapsack, the boy was suspended for 364 days and charged in juvenile court with possession of marijuana. Repeated testing, however, determined that the leaf wasn’t pot. Prosecutors dropped the charge, but the school upheld the suspension, citing school policy prohibiting not only controlled substances, but also imitations. School officials ordered the boy evaluated for substance-abuse problem, which he doesn’t have. The school system also tried to reassign the 11-year-old, who had been enrolled in a gifted-and-talented program, to a program for troubled kids before allowing him to return to a regular school on strict probation. (The Roanoke Times)