Mayor Stephanie Miner never saw Lazarus Sims play point guard for Syracuse University in the Carrier Dome. “I was out trying to find myself in the world,” she reflects on graduating in 1992, the year he started caging. When she had to find someone to replace Baye Muhammad as city parks commissioner, however, a number of trusted colleagues suggested she interview Sims, 42. 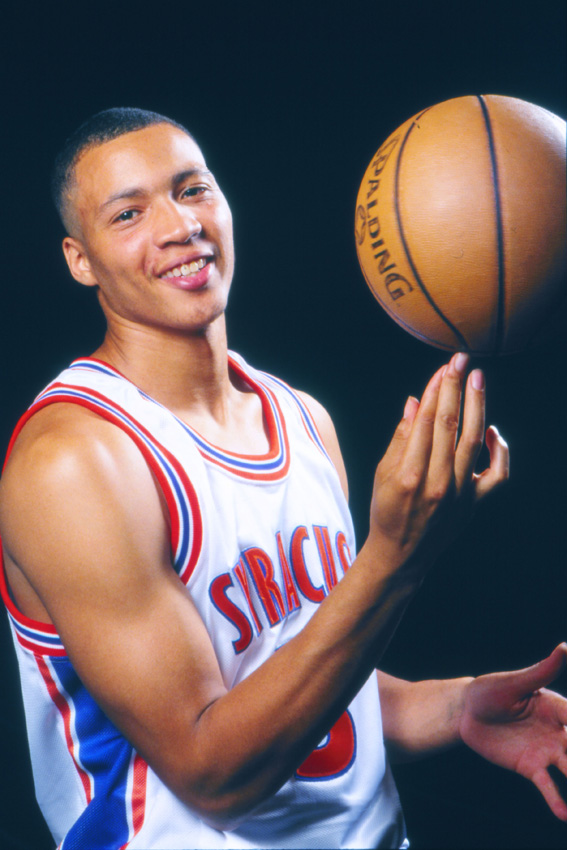 “He’s a really good listener,” Miner observes. “You can sense his motivation. He carries himself with a real serenity.”

Coach Jim Boeheim says Miner “couldn’t have made a better hire.” He cites Sims’ leadership qualities rather than hoop talent leading the 1996 Orange to the NCAA tournament finals.

“He’s a role model,” Boeheim observes about Sims, a Henninger High School grad. “He leads by example. He knows what these local kids need.”

After playing professionally in a half-dozen minor leagues, as well as a stint with the Harlem Globetrotters from 2002 to 2004, Sims rejoined SU as director of player development for five seasons, 2007 to 2012, then served as an assistant basketball coach at Binghamton University from 2012 to 2014. 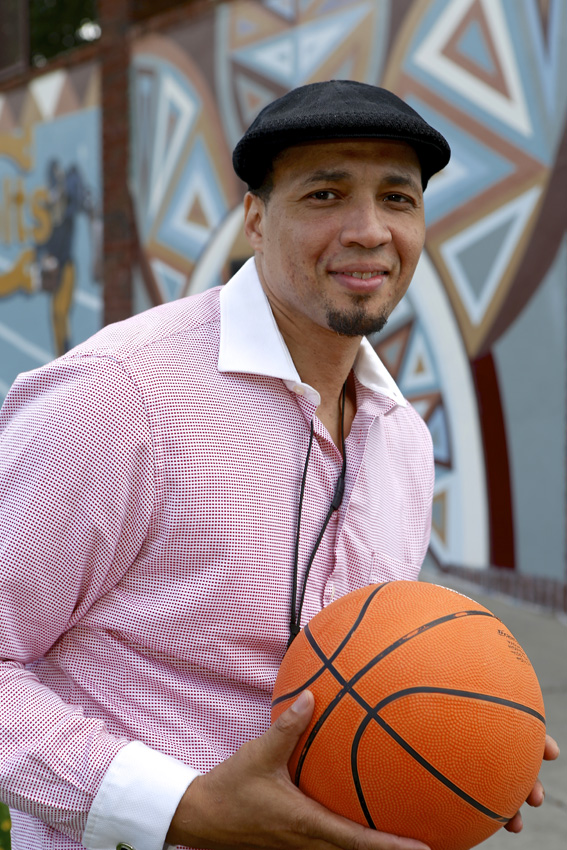 While growing up in Kirk Park, did you ever think about what you would do if you were in charge?

If you tell kids not to do something, they think, “Well if I was the boss . . . .” But it never came to that for me. Great experiences in the park. One of the things that pushed me to play basketball was the staff.

How different is it now?

The kids. When I was growing up we were rushing to get home to get to the park, rushing home to do our homework so we could be the first ones out on the court. Now it’s very different. I think the video age has strained kids from the park.

Is there a feeling it’s not safe like it was when you were growing up? 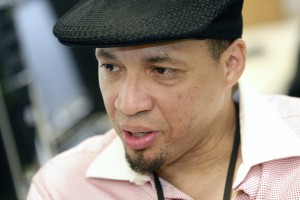 It’s not as safe as it was, but it’s not as dangerous as people make it. If it’s active, it’s more safe. The less the kids are (in the park) the more danger you have because there’s more opportunities to do something. But when it’s active, when it’s being used, it’s a lot more safe because there’s a lot of eyes, and the guys who do bad things don’t want a lot of eyes on them.

Is your job twofold: To get things more active, and to go out and convince parents that it isn’t dangerous?

Yes. My first objective is to convince parents that it isn’t dangerous, that it’s beneficial for the kids and it stimulates their minds and their creativity. If we can start in-house pushing them out of the house and into the parks this can flourish.

Is Kirk Park a special focus for you since you grew up there, moreso than looking at all of the parks?

Yes and no. When I grew up we were at every park. I rode my bike from the South Side to LeMoyne Field, to the East Side. I played baseball at Elmwood. I played Pop Warner (football) at LeMoyne Field. I played basketball at Kirk. When it snowed I was at Southwest Community Center. I was at all the parks. In Thornden Park I was the young teenager playing against the Syracuse (University) guys because they were right there in the summertime.

What have you inherited in the Parks Department that you can use as a base to work from?

A good working staff. A good community of staff workers that’s been there. A lot of these people were there when I was a Parks and Rec kid. I see a lot of familiar faces that know what they’re doing. A lot of multimillion dollar businesses run smoothly because their people are invested in them. A lot of people who work for Parks and Rec grew up through the Parks and Rec system.

What is the relationship between City Hall and the Parks and Rec system?

Supportive. The mayor brought me on board for that reason, because of me being a person from the Parks and Rec system. They want me to focus on getting the kids into the parks, and they’re there for me in getting the resources I need.

I asked Mayor Miner what she saw in you that was special for this appointment and she mentioned a couple of times the serenity that you carry with you. Are you serene in your approach to this job? 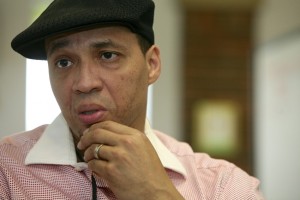 When you love what you do it’s not really work. That’s the serenity of it; that’s comfortable to me. This is my element. It’s not work. It’s investing in myself. There is a serenity with the confidence in myself where I would want to be out in the park right now at my age. So how can I not want to get the kids out?

I asked Coach Boeheim if there were qualities he saw on the court that would predict you for this executive position, and he said it was your leadership rather than basketball skills that got that team to the NCAA final. Did you feel something special needed to get them that far?

I really did. And I think what got me to that point was all the adversity I had been through in the parks, having to earn my way to be on the court with the older guys, then not starting right away (for Syracuse University, when he was redshirted as a freshman). It’s hard when you play at home. I rarely came back across the Hill. I would always hear, “He’s not letting you do what you can do. You’re not doing what you used to do in the park.”

To be a park player, a college player and a pro player, your game has to change. You can put some of these elements in there, but you have to evolve. I had to figure out what part of the park kid and the high school kid I could use in Boeheim’s philosophy. He doesn’t bring in guys just because they’re high talent. He recruits guys he can trust. He recruits guys for his system. So I knew I belonged because he recruited me. 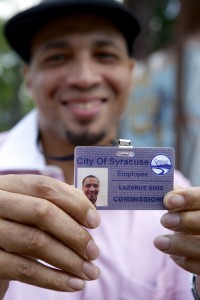 To be honest, the Globetrotters probably prepared me for this. Because the role of the Globetrotter was ambassador. Ambassador of good will. Ambassador of fun. That was our model. We took that overseas. We took that around the states. Our job was to bring the kid out of everybody. We wanted everybody who walked into that arena to come out with a smile and enjoy what they experienced. That helped me for where I am now, because I want everybody to walk into the park and have a great experience.

What has hit you as the greatest, most immediate challenge of being commissioner of parks?

Convincing the people that the parks are safe. Getting people to know the resources of the parks. We have people who live across the street from a park who have never walked into the park to test a slide or a swing.

We have a disconnect with the police department and we also have a disconnect with the school system. My ultimate goal is to build the park system in a connection with the police department and with a connection to the school system. I think what’s going to help me in my endeavor is I have a great relationship with (Syracuse Police) Chief Fowler. I don’t know the superintendent (of the Syracuse City School District, Sharon Contreras) that well, but I know a lot of people in her circle.

Your job is a political position, a mayoral appointment. How political are you?

I think I’m knowledgeable of it. I’m cognizant and aware of what’s going on around me. I don’t take sides on issues unless there’s something that needs to be addressed for the parks. But then, everything is political. 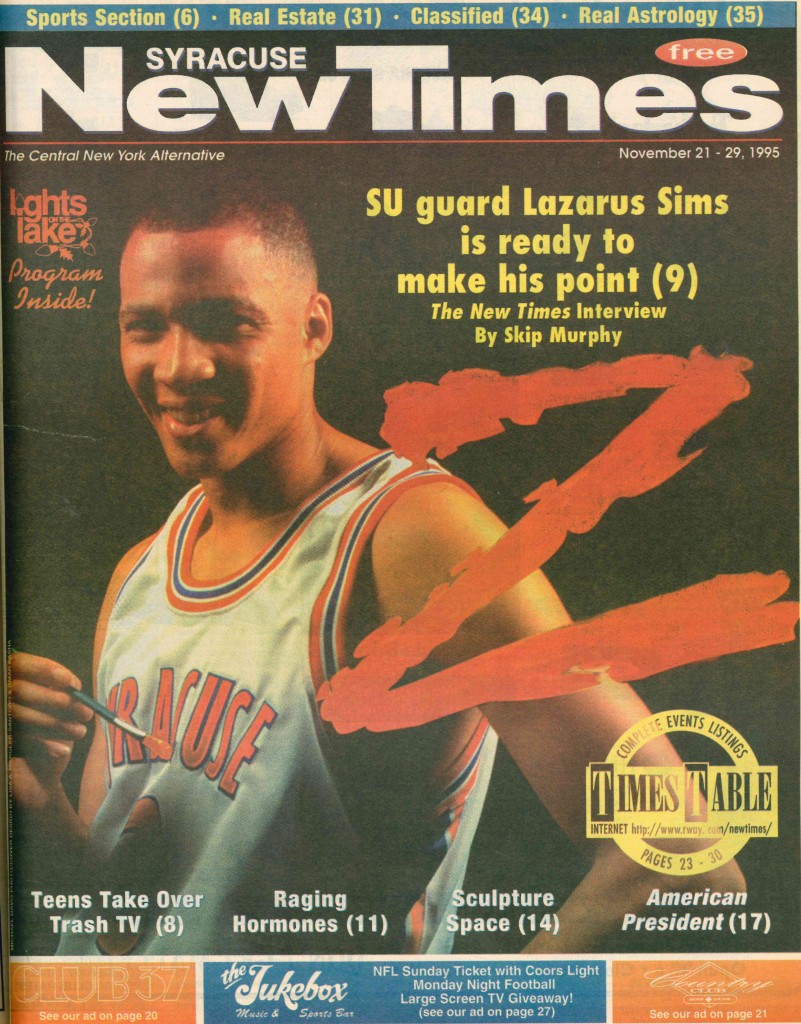 Sims said at the time, “I want to win the Big East and maybe even the Big East Tournament. I just want to leave this school with a ring, and have a good showing in the NCAA Tournament.” The SU team (29-9) fell to Kentucky during the NCAA Championship game, 76-67, on April 1, 1996. Sims suffered an injured left wrist during the contest. The interview climaxed with this exchange:

As a senior point guard, you’re the floor leader of the team. Is being the leader a burden or a blessing?

I think it’s a blessing; it can do nothing but help the team develop. With this team, it’s definitely a blessing, because we have all of this outstanding talent. If you can be a leader of all this talent and control it, then there’s no telling what can happen in the years after.