Your weekly recap of weird news from around the globe.

Made in the Shade
A London-based architectural firm announced it has developed a skyscraper that doesn’t cast a shadow. NBBJ explained the design involves a pair of precisely aligned towers with curved and angled facades that reflect sunlight to the street below and onto each other. “The ‘No-Shadow Tower’ redirects sunlight to visibly reduce shadows at the base of the towers by 60 percent over typical buildings,” a company official said. (Britain’s The Telegraph)

Anthony Wiener of the Week 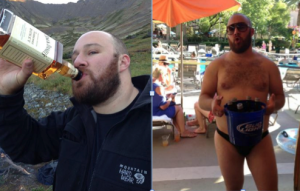 Jeff Landfield, 30, had his name withdrawn as an appointee to the board that oversees judicial ethics after Alaska Gov. Bill Walker discovered “disrespectful images” on Facebook showing Landfield wearing a Speedo and bathing with women. One showed his hands on a woman’s breast. Landfield said the images are “not something I hide. I think everybody knows that about me. I’m kind of an open book.” (Anchorage Daily News)

Do-Si-Don’t
Chinese officials are cracking down on square dancing, which is popular with elderly women, known as “dancing grannies,” who gather in public squares in large groups to perform. Concerned that the “over-enthusiasm of participants has dealt a harmful blow, with disputes over noise and venues,” Liu Guoyong, the chief of the government’s General Administration of Sports Mass Fitness Department, said a panel will introduce 12 authorized routines, and announce when they are permissible and the volume of the music. “The unified drills will help keep the dancing on the right track where they can be performed in a socially responsible way,” said fitness trainer Wang Guangcheng, a member of the panel. (BBC News)

Unhappy Reunion
While former police officer Domingo Villa Arellano, 40, was serving time in a Mexican maximum-security prison for killing his wife in a jealous rage, his longtime girlfriend Ericka Isela Velazquez Cocula, 36, visited with their two children and stepdaughter. When the children complained that their mother was mistreating them, Arellano fatally stabbed Cocula and the three children. He turned the makeshift weapon on himself, but prison guards intervened. (Britain’s Metro)

Getaway Gotcha
Casey Hueser, 30, pulled into a driveway, left the car running and entered the house, police in St. Joseph, Mo., said. When homeowner Marti Wilson returned, she saw the car, removed the ignition keys and slashed the tires. She confronted the burglar, who regained the keys during a struggle and drove off. Wilson called police. “His front left tire had a big hole it, and apparently, with my description of the vehicle, and the fact that he wasn’t moving really fast, and then they found a bunch of the rubber out in the road,” she said, “so he kind of left a trail.” (Kansas City’s WDAF-TV)

Firebuggery
Mohammed Almarri, 21, illegally entered his neighbor’s apartment in Tampa, Fla., forced the owner to retreat to his 30th-floor balcony, put the owner’s wallet in a microwave oven and turned it on, according to fire officials who responded to a report of a fire and a man trapped on a high-rise balcony. The victim told them Almarri also took the victim’s collection of lighters, piled them on the floor next to a small electric heater and turned the heater on. No fire was found, but Almarri was charged with first-degree arson. (Tampa Bay Times)