An exchange with a “white” Syracuse policeman who, rightly and justifiably, pulled me over

Friends of Thea St. Omer, a local artist and filmmaker who passed away in her Armory Square loft in late March, will be gathering to see some of her films and paintings at the Palace Theater (2384 James Street) on Thursday May 28 from 7-10 p.m.. All are welcome to attend. This is a free event.

EDITOR’S NOTE (originally published on April 8, 2015): Earlier this year Armory Square entrepreneur Thea St. Omer proposed writing an op-ed piece on her two separate incidents involving Syracuse policemen for the Syracuse New Times. St. Omer, 41, had just closed her gallery, Armory Square Loft, 136 Walton St., yet she was enthusiastic about reopening the space as a creative lounge to be renamed Tea’s Tavern. Following the March 21 grand opening, however, St. Omer disappeared from public view, as friends became increasingly concerned. On April 3, Syracuse Police discovered St. Omer’s body at her business, with her death labeled “suspicious,” although a preliminary autopsy suggests that no foul play had occurred. Beyond her artistic pursuits, St. Omer was also a filmmaker whose documentary on the N-word received a 2009 screening at ArtRage Gallery. She seemed genuinely excited that the Syracuse New Times would publish her article, although no one knew that it would also become a posthumous farewell.

A Tale of Two Traffic Stops 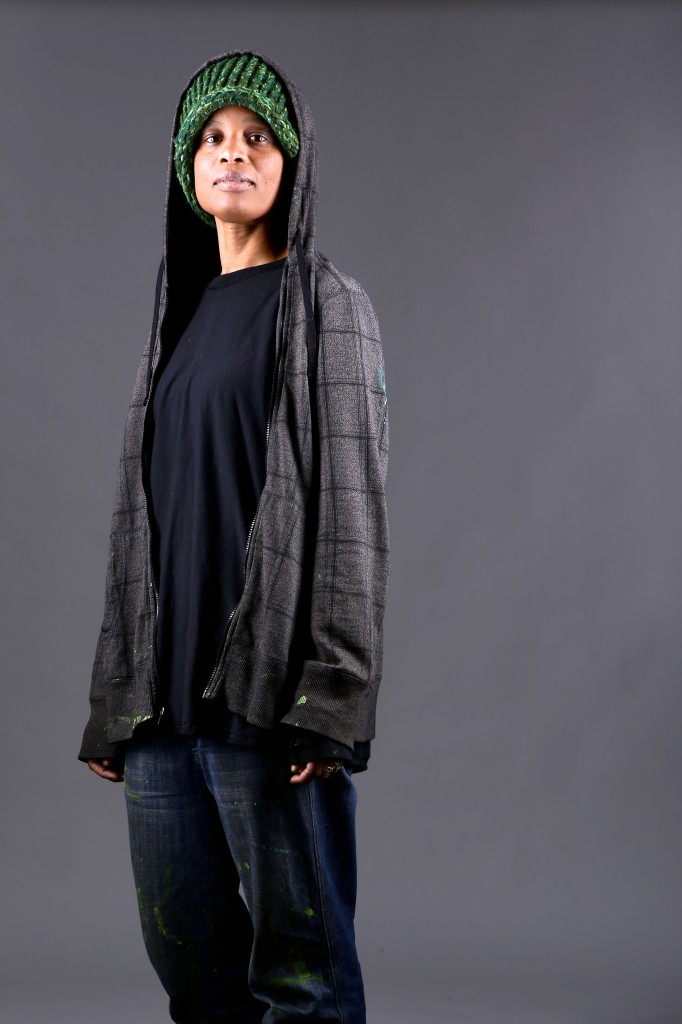 With all of the controversy surrounding a very real issue plaguing our country–so-called “white” police brutality and so-called “black” victims–I thought I would share some humor and/or horror (depending on your stance) and relate a recent exchange with a “white” Syracuse policeman who, rightly and justifiably, pulled me over while I was driving alone at night.

I saw his lights flashing in my rear-view window. “oh no,” I thought. “I can’t afford another ticket.” I have parking tickets yet to be paid and some other township driving violations I have amassed in my frequent car trips exploring the Central New York region.

“How can I possibly pay my boutique’s rent and electricity with another ticket?”

I pulled over and sat very still in my car. My hands were purposely placed high on either side of the steering wheel, as I’d been instructed years ago by a dear friend whose skin color, like mine, favors the darker side of the color spectrum, “black.”

“They don’t see you as Thea,” he said. “They see you, first and foremost, as a black person. When they approach, especially at night, they have their hands on their guns. And if you have your hat and hoodie on, driving while black, forget about it. Get used to it!”

Sadly, I have gotten used to it. I have been stopped by “white” policemen (sometimes justifiably, sometimes not) several times while driving alone, sporting my hat and hoodie (as I often feel cold) at night.

The penultimate time that a “white” Syracuse policeman stopped me while driving alone at night, he said it was because “you touched the center white line while driving.”

“You stopped me for that?” I asked.

He said that he ran my plates and that my car insurance was suspended. I told him that I had paid my insurance the previous month and was days away from paying it that month, abiding by the due date.

“Well, you’ll have to contact the DMV,” he said.

He instructed me to exit my vehicle. I stood on the street, alone in the dark, as he entered my car and began riffling through its contents. I felt violated. “What are you looking for?” I exclaimed. “What do you expect to find?”

“Look, lady,” he answered. “I don’t know you at all. You could have knives and guns.”

“Oh yes,” I retorted, “I could have knives and guns.” I was seething.

“How old are you?” he asked as he approached me. He had my license. He could do the math.

“Why are you asking me that?” I said. He said he would have my car towed and wanted to know if there was somebody I could call to come pick me up.

“Why are you asking me whom I’m calling to come to pick me up? What business is it of yours?”

“Why are you giving me attitude?” he asked.

“I’m just asking you questions,” I said. “Is that giving you attitude?”

His fat pale face reddened. I vividly remember at how visibly angry he became. I watched the contours of his face carefully. His temples throbbed. He stood inches from me, fuming, and looked directly in my eyes.

“I’m going to call back up,” he said angrily, “before this escalates.”

“Before what escalates?” I asked. “I’m just asking you questions.”

“I could arrest you,” he threatened. “I could handcuff you, put you in the back of the car and take you to the station.”

I stood very still and bowed my head, looking at the ground. Primitive instinct, basic human survival, what we do innately when facing a wild animal or a rabid dog: acquiesce and avoid all eye contact.

“I could arrest you,” he repeated.

“For what?” I asked softly, still looking at the ground.

“For driving with suspended insurance,” he said.

“My insurance is not suspended,” I said. I spoke softly but firmly.

“Our machines don’t lie,” he said.

“But you do,” I thought. “Tell me the real reason you stopped me.”

The two backup police officers arrived, both “white,” one female. I approached her. “Ask him why he pulled me over,” I whispered so she alone could hear.

“I’m not going to do that,” she whispered back.

“Please,” I whispered earnestly, looking directly in her eyes. She looked at me, and she must have seen something in my eyes. She approached him casually.

“She crossed the white center line while driving,” he said

“Crossed?” I said. “When you stopped you said I ‘touched’ the white center line while driving. And somehow, between now and then, I managed to cross it?”

He glared at me. “She’s giving me attitude,” he told his colleagues.

“Thank you for coming. I feel more comfortable with you both being here,” I said to his colleagues.

“That wasn’t very smart of you, fighting with a policeman like that,” a family member told me after I had shared the details with her. “You, of all people, know what a dangerous situation you were in, and how badly it could have all ended.”

“Because you let him,” she said calmly. “You gave him that power, which is all he wanted in the first place. And you engaged with him. You always ask yourself in situations like those, ‘Do I rise above? Or do I let them drag me down to their level?'”

“You are an infinitely better person than I am,” I said.

“No, just a little older and with more experience,” she said quietly. “Let’s just hope that same policeman never pulls you over again when you are driving alone at night. Because he can do anything.”

But let me get back to recounting the rather lovely exchange I had with a so-called “white” Syracuse policeman recently. 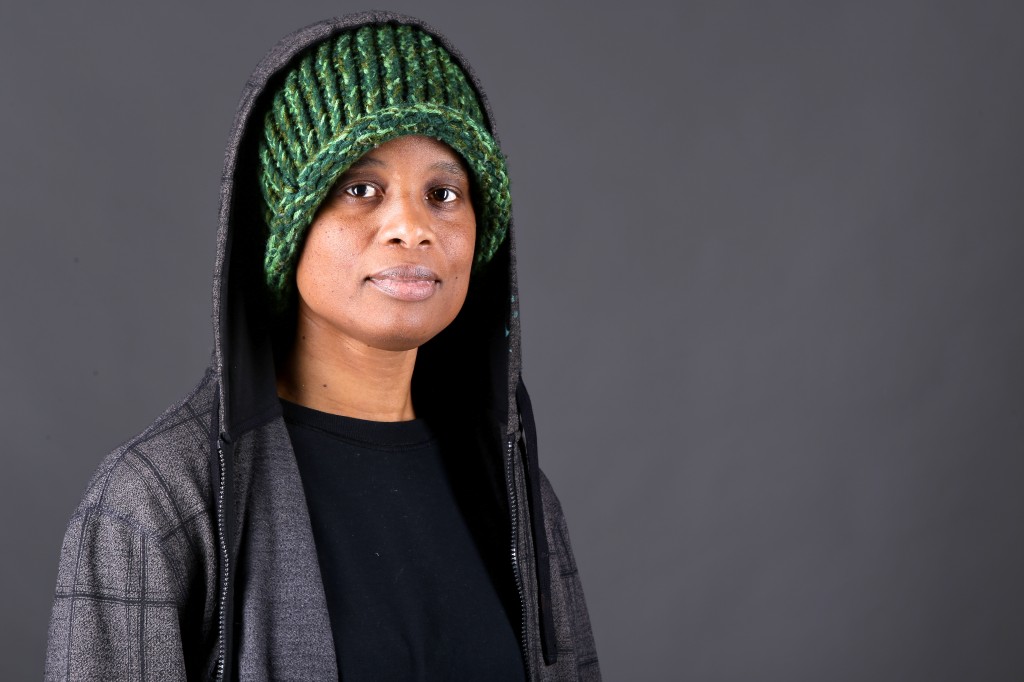 “Hello,” the officer greeted me as he stood alongside my car.

“Hello,” I said, my hands resting high above on the steering wheel.

“How are you tonight?” He asked.

“Did I do something?” I asked.

“Where are you coming from?” he asked.

My instinct, remembering my previous encounter with the Syracuse police officer, was to say, “Why are you asking me that?” I was physically and emotionally exhausted, sleep deprived, working two additional jobs, one an overnight position, in order to keep my boutique running.

But this was a different police officer and he, unlike the other policeman, had greeted me cordially. I very much doubted he was stopping me for “touching the center white line while driving.”

“Where are you coming from?” he repeated.

I looked up at him, still considering my response. He answered the questions he did not even know I had posed to myself with a smile: a simple, kind gesture. I told him where I was coming from, and where I was heading.

“Do you know how fast you were going?” he asked.

“Do you know what the speed limit is for this zone?” he asked.

“So you were just zoning out while driving, not really paying attention?” he asked.

“Well, at least you’re honest,” he said. He chuckled and smiled.

I just sat still, looking at his facial features. I found his pale skin, contrasted with his dark hair and auburn colored eyes, rather attractive. His thin face was nicely chiseled, like that of a Roman gladiator, and accentuated with a slight beard and well-groomed goatee.

More importantly, I liked the gentle, respectful, quiet and professional way in which he addressed me. I found his mild manner — calm and soothing — altogether appealing.

I scanned his left hand for a wedding band, and discovering none, suppressed a smile. “Oh my god,” I thought. “Am I really crushing on the police officer who has just pulled me over?”

Then he asked for my driver’s license. Panic! For a moment I wondered if I had left my purse at my shop. “Oh dear!” I said. “My license. Now where is that?” I wondered out loud as I searched the cotton handbag buried under myriad items below my glove compartment.

“Oh yes,” I squealed in relief. “Here it is!” I grabbed my purse and handed it to him.

“Actually,” he said, “could you please get your license out for me yourself?” Unlike the previous policeman who unjustifiably entered and raided my car, this officer refused to even touch my purse.

“Oh yes, of course,” I said. I handed him my license. He looked curiously at it.

“Is it valid?” he asked. Disappointedly, I looked at him. It was the first suggestion that he thought I was a criminal.

“No,” he said, shaking his head apologetically. “I mean is it valid? Not suspended? No outstanding tickets?”

“No,” I said. “At least I don’t think so. Well, actually, I do have parking tickets. At least two. One has just gone into collections.”

He simply listened. Then he asked, “Registration?”

I felt frazzled. “Isn’t this it?” I asked, pointing to the permits taped to the window.

“No,” he said. “You should have an actual paper. You should carry it in the car. Always.”

I opened the glove compartment, seized a mountain of papers and began searching. He stood patiently for several seconds. “Continue looking,” he said.

“I’ll be back.” He walked to his car, and returned some minutes later.

He looked at me. “Is there anything more you’d like to say?” He asked.

I wanted to hug him and to shower his lovely face with kisses. I wanted also to tell him all about my shop‘s “store closing” sale. I wanted to gift him a succulent or cacti, a conch or geode. I had such an instant crush on him, as I sometimes do with complete strangers, men and women alike, who demonstrate acts of genuine kindness.

“Pay attention to the road,” he said, “and the speed limit while driving. Be safe.”

“You too,” I said. “Take good care.” Excitedly, I waved goodbye. He simply nodded, turned and walked away.

“You can stop me, officer, and pull me over anytime you want,” I thought. “I wouldn’t even mind taking a ride with you to the police station.”

But I referred to this officer as such because he proved that he was very much one: an officer and a gentleman. Funny, I never thought that being pulled over by another Syracuse policeman could prove so pleasurable, and, for the record, sensual.

A Hair-Raising Experience
News and Blues
To Top