Curses, Foiled Again
Burglary suspect Christopher Wallace, 24, eluded sheriff’s deputies in Somerset County, Maine, for several weeks but then unwittingly alerted them to his whereabouts by revealing on Snapchat that he had just returned home. A second post followed that deputies were at his home and coming inside, but he was hiding in a cabinet. Social media-monitoring deputies then headed for the cabinet and found “a pair of feet,” the sheriff’s department’s Facebook page reported. “The feet just so happened to be attached to a person, and that person was Christopher Wallace.” (Kennebec Morning Sentinel)

Thank You for Your Service 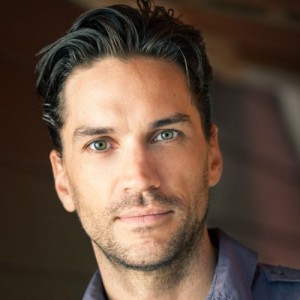 Shortly after Will Swenson was named to receive the Medal of Honor for heroism in Afghanistan, the Army placed the outspoken critic of Army leadership under surveillance because his name appeared, along with others, in a one-paragraph book review on Amazon.com. Swenson, whom the book itself didn’t mention, said agents questioned him, pawed through his trash and rattled his girlfriend. Then-Secretary of the Army John McHugh agreed the Amazon review triggered the surveillance, which, he suggested, “was really about his award, his criticism of the Army and the hope that agents would find something to shut him up.” (The Daily Beast)

Double Trouble
Arthur Mondella, 57, spent five hours with investigators answering complaints that his New York City factory, which makes Maraschino cherries, was dumping syrup and “cherry-related waste” in the waters around the warehouse. When agents noticed a flimsy shelving system attached to an office wall and asked Mondella about it, they said he excused himself, went into the bathroom and shot himself in the head. After the shooting, agents were surprised to uncover “a huge marijuana-growing operation” underneath the warehouse, including 80 pounds of pot, hundreds of thousands of dollars in cash and several high-end vehicles. (New York Daily News)

Nous Sommes Charlie Hebdo
Surviving staffers of the French satirical magazine Charlie Hebdo are feuding over how to split the surge in revenue since the deadly shootings at its Paris office. Sales rose from 30,000 copies a week to hundreds of thousands, and revenue jumped to $32 million. Eleven members of the staff asked lawyers to turn the magazine into a cooperative so everyone can share the profits. Others oppose the move, saying it’s an attempt to get their hands on the 40 percent of shares owned by murdered editor Stephane Charbonnier that now belong to his parents. (New York Daily News)

When Guns Are Outlawed
Authorities accused Travis Lanning, 34, of beating a woman in her 50s with a weapon described as “a club with a spiked ball on the end,” known in medieval times as a mace. The Sacramento County Sheriff’s Department reported the woman wasn’t robbed but said her attacker threatened to kill her. (The Sacramento Bee) 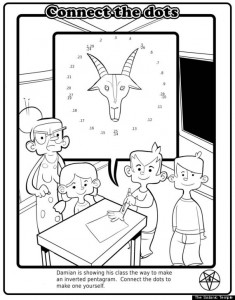 After a group called the Satanic Temple asked the Orange County (Fla.) School Board for permission to distribute a satanic coloring book to students, the board voted to ban not only satanic materials, but also outside bibles. The World Changers of Florida had previously been allowed to hand out bibles. (Orlando Sentinel)

Slightest Provocation
Police who responded to reports of a disturbance involving 20 to 30 teenagers in Burbank, Ill., found that one 17-year-old girl had been stabbed several times in the back. Investigator Mike Dudio said the victim had gone to the “house of her adversary,” another 17-year-old girl, to confront her about “issues” the two were having on Twitter. (Chicago Tribune)