Empire Brewing Company, alongside Empire State Development, were in Cazenovia on Friday, May 7, to break ground for the Empire Farmstead Brewery–a manufacturing and agri-tourism facility. Once construction is complete–slated for the fall of 2015–the facility is expected to become the largest farm brewery of its kind. The 28,000-square-foot facility is set to grow many of the ingredients for Empire’s beer production and create 50 new jobs in Madison County. 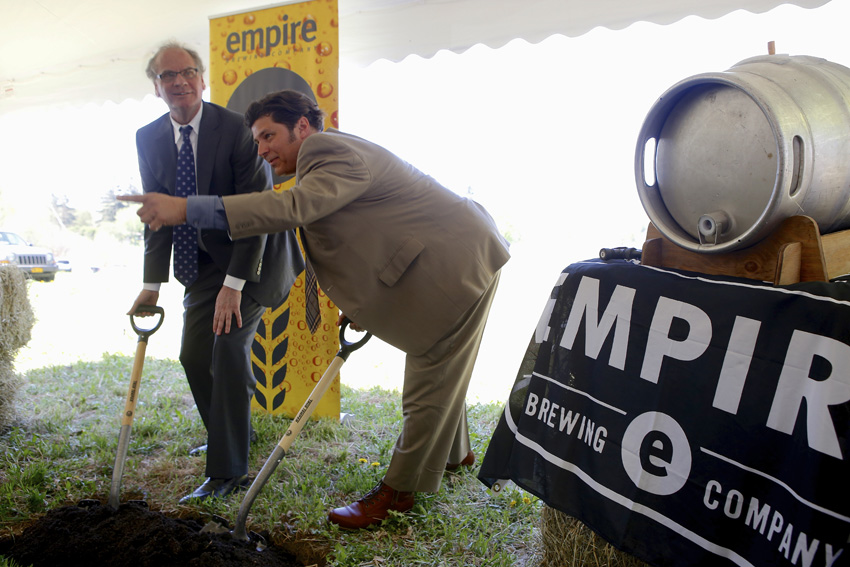 Empire Brewing is the first START-UP NY company located in Central New York to break ground on an expansion project.

SUNY Morrisville, which is implementing a new brewing studies program, is also part of the project.

“Start-Up NY will enable Empire Brewing to focus on growing and reinvesting in their business, as well as establish an important partnership with SUNY Morrisville that will provide students with practical business experience in this booming sector,” said Zemsky.

Empire Brewing Company currently operates a brewery/restaurant in downtown Syracuse’s Armory Square and distributes its beer to wholesalers and retailers throughout New York State. In order to meet increasing demand, Empire has decided to expand its operations with the launch of its Empire Farmstead Brewery. The “brewstead” will be built on a 22-acre farm, with a brewery and packaging plant located on Route 13 in Cazenovia. The new facility expects to expand production from 4,500 barrels per year to 17,000 barrels in the first year and 20,000 barrels by the third year. 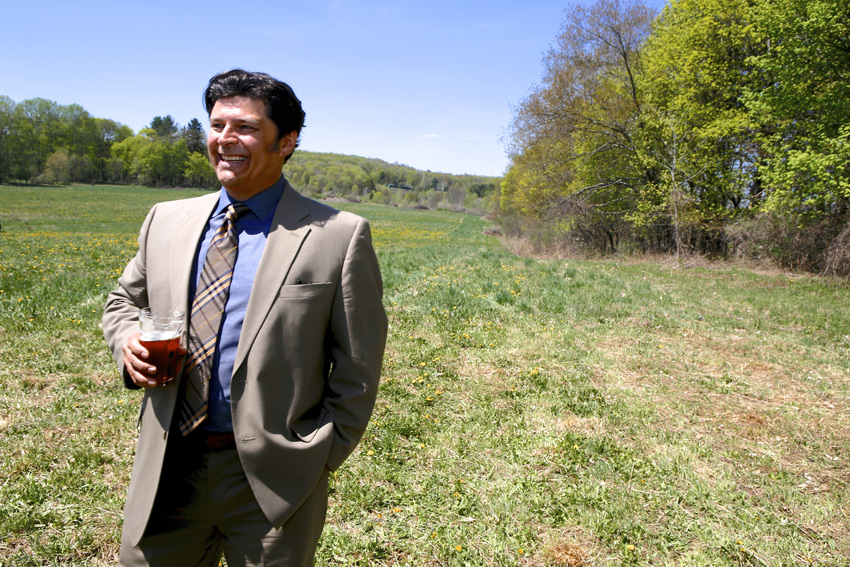 David Katleski, president & founder of Empire Brewing Company, said, “Today marks one of the brightest days we’ve seen in the history of the Empire Brewing Company. Governor Cuomo’s administration recognized the potential and has been an incredibly strong supporter of the craft beverage industry As a result, new opportunities for the industry in New York have enabled Empire and others to grow far beyond what we could have dreamed only a few short years ago. We are thrilled with our participation in START-UP NY and the benefits it provides to our business, as well as the great partnership we’ve established with SUNY Morrisville, its curriculum, and – of course – it’s students.” 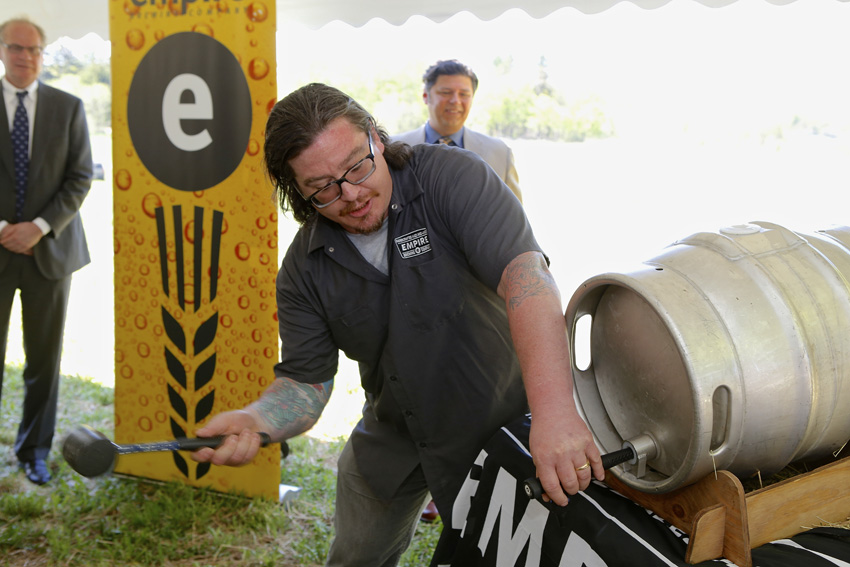 Beer manufactured at Empire Farmstead Brewery will be packaged in kegs, bottles and cans for regional and international distribution. A gift shop and restaurant are also planned. Weekend brewery and beer garden tours are anticipated as well.

Below is the Empire Farmstead Brewery site plan. 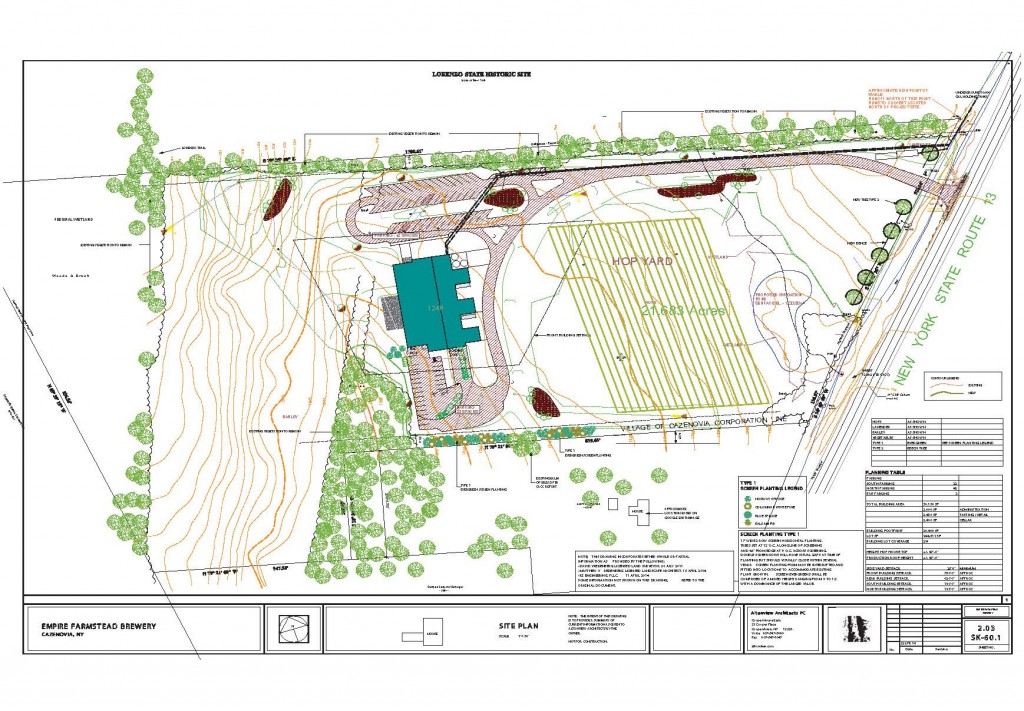 10 Ways to Treat Your Mother
Free Will Astrology
To Top