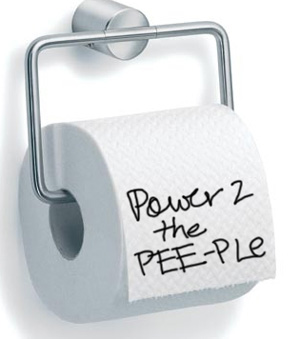 Police said Eric Frey, 29, handed a pizza shop employee in Uniontown, Pa., a note written on toilet paper. “I have a gun,” it read. “Give me $300.” The worker hit the silent alarm, summoning police before Frey could leave. He explained that a bearded man had confronted him in a nearby alley and forced his action, but officers who searched Frey’s apartment found a newly opened roll of toilet paper with a pen impression from Frey’s note on the top sheet. (Associated Press)

Second-Amendment Follies
Authorities said that Michael Foster, 43, saw Clarence Daniels, 62, getting out of his vehicle in the parking lot of a Wal-Mart store in Brandon, Fla., and noticed he had a gun in a hip holster under his coat. Foster followed Daniels inside, put him in a chokehold and yelled that Daniels had a gun. Daniels shouted that he had a permit. Sheriff’s deputies arrested Foster and charged him with battery. “We understand it’s alarming for people to see other people with guns, sheriff’s official Larry McKinnon said, “but Florida has a large population of concealed weapons permit holders.” (Tampa Bay Times) 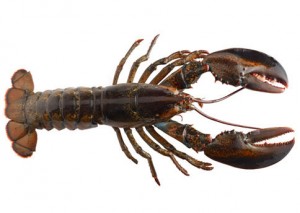 Researchers investigating reports of Canadian lobsters off England’s northern coast concluded that passengers on cruise ships have been ordering live lobsters and then, in an animal-rights gesture, asking their waiters to throw the shellfish overboard. Local fishermen have even found some of the lobsters with rubber bands around their claws. Removed from their native habitat, however, the lobsters “won’t last much longer than if the passengers had eaten them for dinner,” according to Mike Cohen of Holderness Fishing Industry Group. (Britain’s Daily Mail)

Drop in the Bucket
The Government Accountability Office decided that taxpayers should stop providing federal employees who bring their lunch to work with “disposable cups, plates and cutlery” because the items “clearly constitute a personal expense.” The decision stems from a Department of Commerce policy of supplying hand sanitizer, paper goods and plastic ware to National Weather Service workers that began during a 2009 flu outbreak. When the Commerce Department stopped providing the goods in 2013, NWS employees filed an official complaint. “There’s no way this could cost them more than $5,000 or $10,000,” Dan Sobien, president of the NWS employee organization, said after the GAO ruling. (The Washington Post) 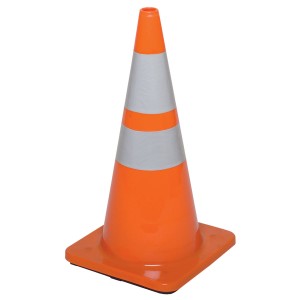 Irish police Detective Paul Johnson thwarted two men he observed robbing a convenience store in Dublin by arming himself with a traffic cone, which he used to push the men down when they exited. (The Irish Times)

Lead Reckoning
Tony Roe, 23, was shot in the chest at a home in Largo, Fla., while he and Dylan Harvey, 19, were playing a game with a loaded revolver. It involved rolling the chamber and then taking turns pointing the gun at each other, according to the Pinellas County Sheriff’s Office. Deputies said Harvey was holding the weapon when it fired. (Tampa Bay Times)

On With The Shows
Interview: Karen DeWitt
To Top