Curses, Foiled Again
Police chasing a stolen car in Port St. Lucie, Fla., said that the car came to a sudden halt after it collided with an alligator. “It’s pretty unimaginable that police officers would be at this point in time looking for these suspects,” Detective Keith Boham said after driver Calvin Rodriguez and two others in the car were arrested, “and that an alligator unfortunately just happens to cross the road and assist us in catching these criminals.” (West Palm Beach’s WPTV-TV)

Can Anything Else Go Wrong?
After recalling 2.6 million of its most popular vehicles to replace a defective switch linked to 13 deaths, General Motors apologized to families of the accident victims for sending recall notices to have the defective switches replaced after their deaths. What’s more, federal regulators said they believe GM’s death toll is too low. Federal crash data reveal that at least 74 people died in GM cars in accidents similar to those with defective switches. (Reuters) 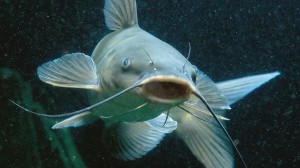 When Guns Are Outlawed
Police responding to a disturbance at a home in Lufkin, Texas, accused a woman of slapping her sister-in-law in the face with a catfish. (Tyler’s KETK-TV)

Double Jeopardy
A woman who discovered a small fire in the rear of her family’s home in Louisville, Ky., grabbed the dog’s water bowl to douse the blaze. Instead, the fire quickly spread, fire and rescue Major Rob Millner said, because the woman’s 3-year-old daughter had mistakenly filled the water bowl with gasoline. Crews needed an hour to extinguish the fire, which had spread to a neighbor’s house. (Louisville’s WAVE-TV) 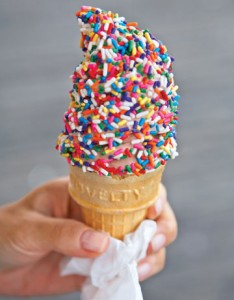 Unclear on the Concept
British police reported receiving an emergency call from a Birmingham woman complaining about the way a vendor put sprinkles on her ice cream. “He put bits on one side and none on the other,” she said. “He’s refusing to give me my money back and saying I’ve got to take it like that.” (BBC News)

Surprise Ending
Shortly after his 1993 Chrysler New Yorker was stolen, Derk West of Boonville, Ind., got a call from a 72-year-old man who bought the car for $300. The price had made him suspicious that the deal was too good to be true, so he looked up West, whose name the car thief had used to transfer the car’s title. West met with the older man, who West said “was out $300, and he was really upset.” After evaluating the situation, West told him he could keep the car. “He needed it worse than I did,” West said. Meanwhile, police identified Donald Grisby, 46, as the suspect who stole the car and sold it because he signed the receipt with his own name and Social Security number. (Evansville’s WFIE-TV)

What Could Go Wrong?
Intending to help students relax and de-stress before final exams at St. Louis’ Washington University, a petting zoo brought several animals, including a 2-month-old bear cub, to campus for students to cuddle. The cub promptly bit and scratched at least 18 students. University officials then informed the injured students that they would need rabies shots. Ultimately, health officials determined the bear didn’t have rabies, sparing the students the painful shots. (Reuters) 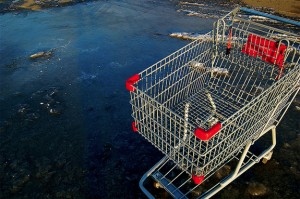 Kids Today
Hours after graduating high school in Catersville, Ga., Chance Werner, 18, drowned while tied to a shopping cart. Investigators said his friends were taking turns sitting in a shopping cart tied to a pole on a dock at Lake Allatoona. Others pushed the cart off the dock, flinging the occupant into the lake, then used the rope to pull the shopping cart out of the water. Werner tied the rope to his belt loop instead of the pole, however, so that when he hit the water, the weight of the cart pulled him to the bottom of the lake. Melissa Cummings of the Georgia Department of Natural Resources called the drowning a tragedy and pointed out that kids playing with ropes and heavy objects is “an accident waiting to happen.” (The Atlanta Journal-Constitution)

Wang Bang
While attempting to holster his .45-caliber pistol at a gas station in Macon, Ga., a man shot himself in the groin area. Authorities reported that when he took off his pants to check the wound, he saw that he had “shot himself in the penis and that the bullet exited out of his buttocks.” (Macon’s WMAZ-TV)

Vacation at Bernie’s
The European Court of Justice ruled that a German man’s widow was due payment for the man’s 140.5 days of accrued vacation because “the unintended occurrence of the worker’s death must not retroactively lead to a total loss of the entitlement to paid annual leave.” (Associated Press)

Death by a Thousand Cuts
Gifts, Local and Yummy
To Top