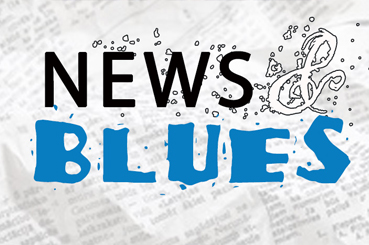 Curses, Foiled Again
When a man pulled a gun on a bank teller in Pompano Beach, Fla., she rejected his demand for money and simply walked away from her bulletproof window. The robber fled empty-handed but left behind his holdup note, written on the back of an online job application with a user name and password belonging to Felipe Cruz, 39. “The robber has given us a clue,” FBI agent Michael Leverock said after investigators matched fingerprints on the note with Cruz’s. “He probably should have continued looking for honest work.” (South Florida Sun Sentinel)

Stop the Music
Music publishers have started denying use of their music to the world famous Ohio State University Marching Band after the school fired band director Jonathan Waters. The firing resulted from an investigation that alleged he failed to eliminate the band’s “sexualized culture.” Mark Greenburg of Tresona Multimedia said publishers are distancing themselves from the university because they don’t want their music associated with the investigation’s unflattering assessment. Greenburg said the report could affect football halftime shows this season and potentially tarnish the reputation of the Best Damn Band in The Land inside the music industry. (Columbus’ WCMH-TV)

Picky Eaters
Burger King announced it’s dropping its lower-calorie fries, dubbed “Satisfries,” due to consumer indifference and confusion. The move comes less than a year after Satisfries were introduced. The fries, which use a different type of batter to prevent absorbing oil during preparation, cost more than Burger King’s regular fries. What’s more, a small order contains 270 calories, whereas small fries at McDonald’s have 230 calories because the order is smaller, although Burger King didn’t make that distinction clear to customers. (Associated Press) 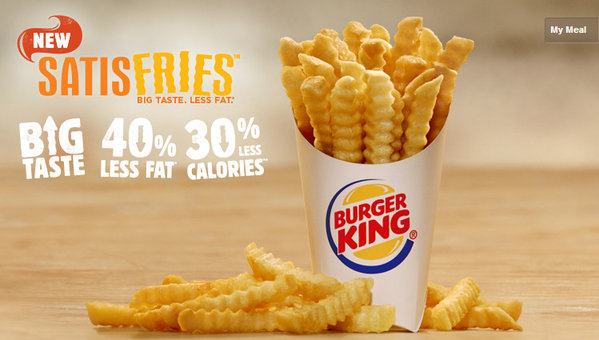 Problem Solved
Chinese authorities set up two giant water cannons to fight air pollution in Lanzhou, the capital of Gansu province. The long-range sprayers shoot a fine mist of tap water 2,000 feet into the air, where, it will “stick to the dust and form larger particles and fall back down to the surface under gravity,” according to Martyn Chipperfield, professor of atmospheric chemistry at the University of Leeds. He explained that although the falling mixture would reduce pollution, it could also cover people with mud. (Britain’s Daily Mail)

First Things First
Yale University basketball player Brandon Sherrod left the team to join Yale’s a cappella glee club, the Whiffenpoofs. The group, formed in 1909, comprises 14 rising seniors who take a year off school to travel the world and perform. The 6-foot-6 Sherrod averaged 6.8 points and 4.3 rebounds with the Bulldogs, who finished this past season 19-14 and are expected to challenge Harvard for the Ivy League title next season. “This is supposed to be the year, and you want to play with your guys,” Sherrod said, “but the Whiffenpoofs is a once-in-a-lifetime opportunity.” (Associated Press)

On Second Thought
David Shaff, administrator of the Portland, Ore., Water Bureau, announced the city would flush 38 million gallons of treated water down the drain after surveillance cameras caught a 19-year-old man appearing to urinate into an open reservoir. Tests showed the water was safe to drink, but Shaff defended the decision: “My customers expect they will receive water that has not been deliberately contaminated.” Two weeks later, the city decided not to dump the water but instead divert it to an empty reservoir to “see how long it stays fresh and clear,” Water Bureau official Jaymee Cuti said. (Associated Press)

Second-Amendment Follies
Sheriff’s deputies reported that a group of friends at a home in Anderson County, S.C., decided to try on a bulletproof vest and have someone shoot them. Blake Wardell, 26, went first, but the bullet from the small-caliber handgun fired by Taylor Ann Kelly, 18, missed the Kevlar and struck Wardell in the chest, killing him. (Greenville’s WHNS-TV)

Get Off My Lawn!
Grumpiness officially begins for men around age 70, according to researchers who published their findings in the journal Psychology and Aging. Participants in the 15-year study reported feeling good about life until they reached 70, when their attitude soured for a variety of reasons, including declining health and cognitive functions and the loss of loved ones. The study’s lead author, Oregon State University gerontology professor Carolyn Aldwyn, noted grumpiness isn’t all bad, citing a study showing grumpy men in nursing homes “actually lived a little longer.” (NPR) 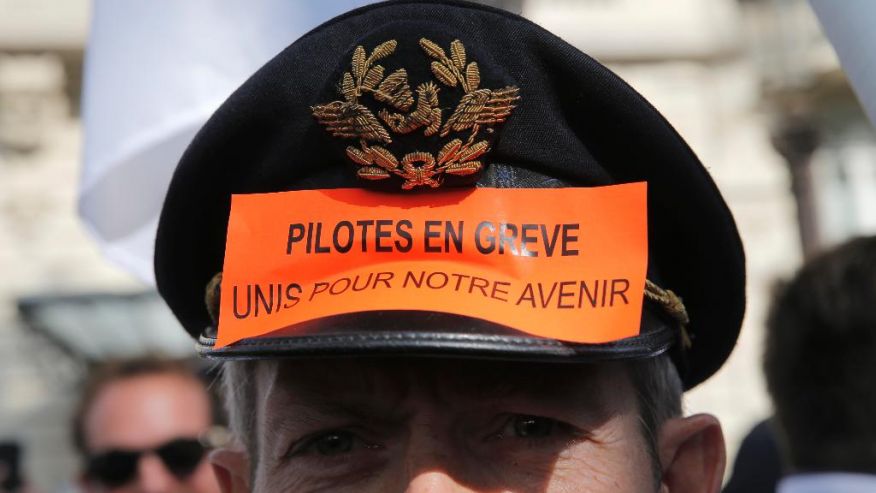 Litigation Nation
Families with autistic children are suing Walt Disney Co. because its theme parks stopped letting the kids bypass lines for rides. Disney parks used to offer autistic visitors a “guest assistance card” that let them and their families board rides without waiting. The company cited instances of visitors hiring disabled people to obtain the cards as the reason it switched to “disability access service” cards, which let autistic children schedule times for park attractions. The 16 plaintiffs who are suing Disney under the Americans with Disabilities Act insist scheduling times amounts to waiting, which autistic children have difficulty doing. (Reuters)

Much Better
Residents of Castrillo Matajudios, Spain, voted to change the name of their village, but only by 10 votes. The name translates as “Little Fort of Jew Killers.” In announcing the 29-19 vote, Mayor Lorenzo Rodriguez said the village would be renamed Castrillo Mota de Judios, or Little Hill Fort of Jews. One explanation for the original name is that Jewish converts to Catholicism living there in the 17th century wanted to avoid further persecution by making clear their position. (The New York Times)

Lawn Order
After covering the yard of her home in Kansas City, Mo., with 80 tons of sand, Georgianna Reid explained, “Now being over 60, I’ve decided that I’ve owned the house for 33 years and that I wasn’t going to mow anymore or water.” Neighbors complained, but city inspectors said they found no violations because the sand is being used for landscaping. (United Press International)