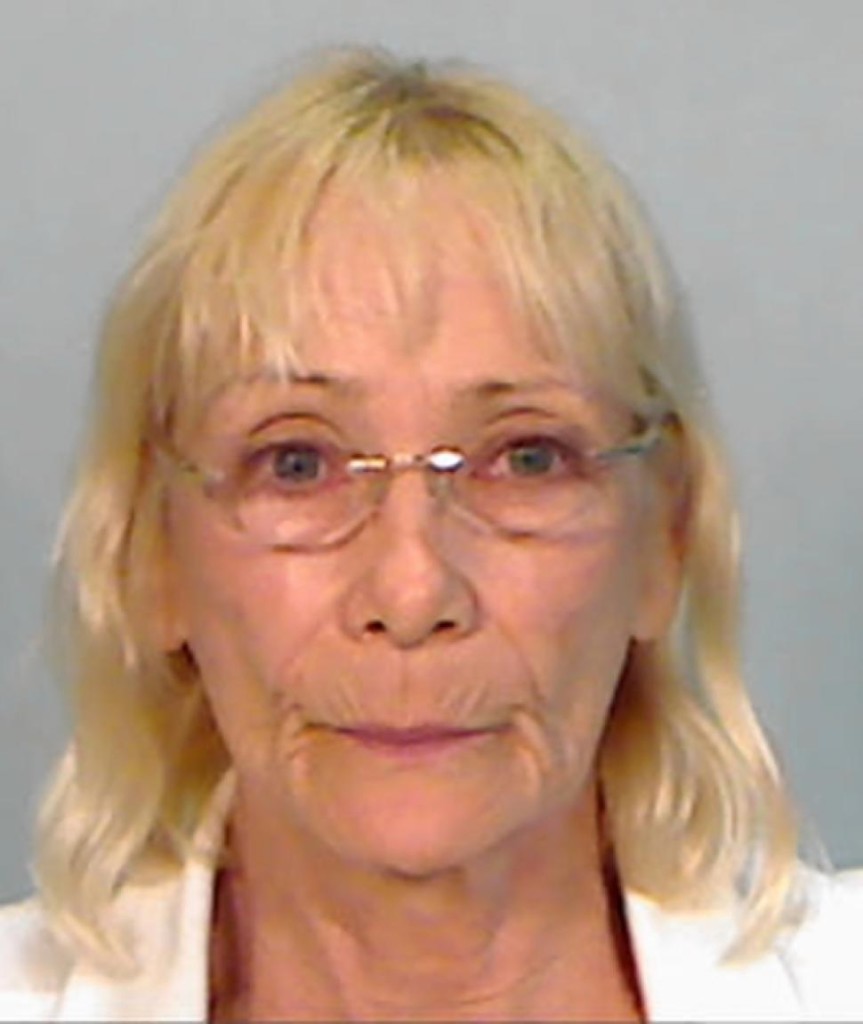 Acting on a tip that fugitive Michelle Singleton, 66, had been living under an assumed identity for 18 years, authorities tracked her to a houseboat in Key West, Fla. She’d stolen a birth certificate and become Catherine Harris. When sheriff’s detectives asked for her identification, she handed them a driver’s license for Harris, but it expired in 2012. Detectives then asked for her birth certificate, but while fumbling with her papers, she dropped a birth certificate and Social Security card that the detectives noticed were for Singleton. They promptly arrested her. (New York Daily News)

The Missouri Department of Transportation announced plans to deploy “acoustical weapons” to slow down speeders. The agency said that “directed-sound communication devices,” used in Afghanistan and against Occupy Wall Street protesters, will be set up near road construction sites and blast sound of up to 153 decibels directly at vehicles exceeding the posted speed limit. (The St. Louis American) 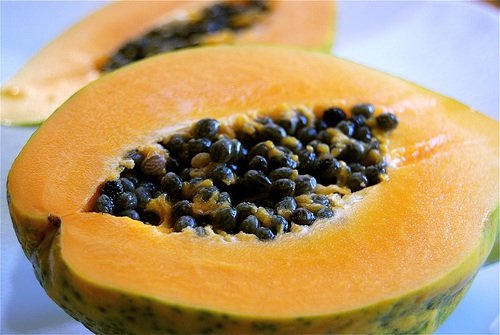 Americans waste nearly one-third of the food they buy, according to a report by the U.S. Department of Agriculture. A major reason that 133 billion pounds of food produced for Americans to eat was wasted in 2010, the report said, is that people simply lost interest in food after they bought it. That includes papayas, which, the report noted, many people buy without knowing when they’re ripe, how to prepare them or how to use them as an ingredient. The report conceded that there “is a practical limit to how much food loss the United States can prevent or reduce.” (Washington Examiner)

After border officials in Ontario arrested Louis DiNatale, 46, accusing him of trying to smuggle a loaded handgun into Canada, the Kentucky resident insisted that he and his wife didn’t want to enter Canada in the first place. He explained they were on a road trip to upstate New York when they were “misdirected by an unreliable GPS.” They arrived at the border crossing, where DiNatale admitted owning a gun, explaining “it was my right as an American citizen to do so,” but denied having it with him. Agents searched the car and found a Bersa .380 handgun stowed in the center console that DiNatale said he had forgotten was there. The retired Army sergeant major faces three years in a Canadian prison. (Los Angeles Times) 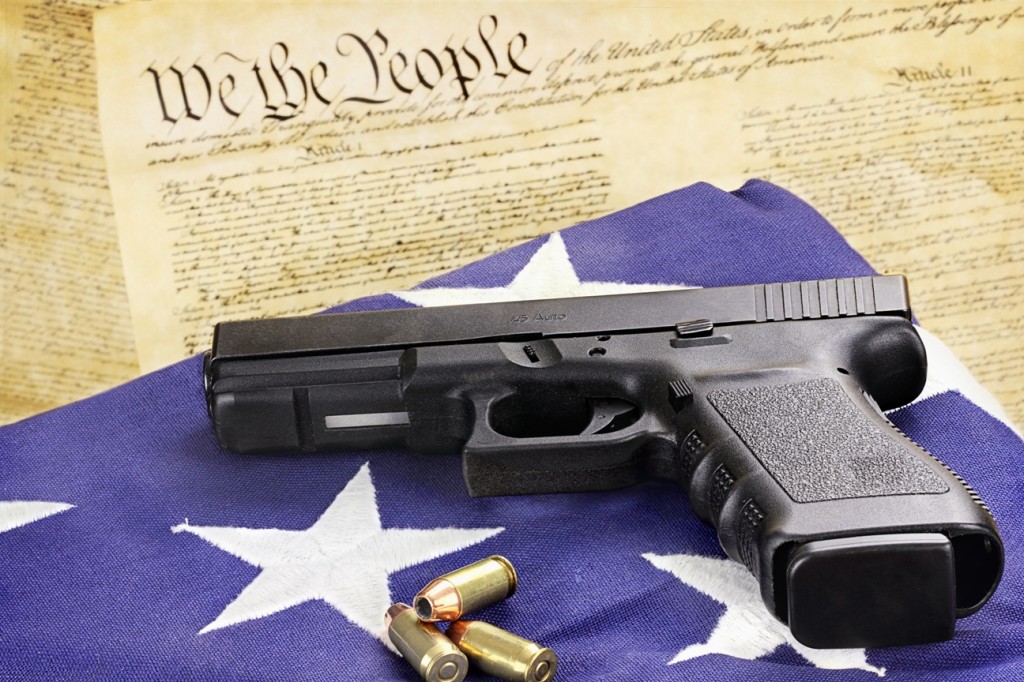 Kentucky Rep. Lesley Combs admitted accidentally firing her Ruger semiautomatic handgun in her Capitol office while unloading it. “I’m a gun owner. It happens,” she explained, adding that she intends to replace the weapon. “It’s an automatic. I need to stick with revolvers.” (Louisville’s WHAS-TV)

Power to the Power

Duke Energy anticipates hiking its rates to cover environmental cleanup in Carolina and Indiana, which Duke Chief Financial Officer Steve Young pointed out “have a strong record of allowing utilities to recover costs related to environmental compliance investments.” Cost recovery means charging customers rather than taking costs out of company profits, which would lower earnings for shareholders, among them Gov. Pat McCrory, who has received more than $1 million in campaign donations from the utility. (Raleigh’s WRAL-TV)

Faced with declining memberships, Baptist churches in Kentucky hired Chuck McAlister, the former host of an outdoor TV show, to recruit new members by raffling off guns. “If simply offering them an opportunity to win a gun allows them to come into the doors of the church and to hear that the church has a message that’s relevant to their lives, there’s absolutely nothing wrong with that,” he said. Tom Jackson, one of 1,300 people at a church dinner in Paducah raffling off 25 guns, said he wanted to win a gun because although he believes in turning the other cheek, if “somebody kicks your door down, means to hurt your wife, your kids, you — how do you turn the other cheek to that?” (NPR) 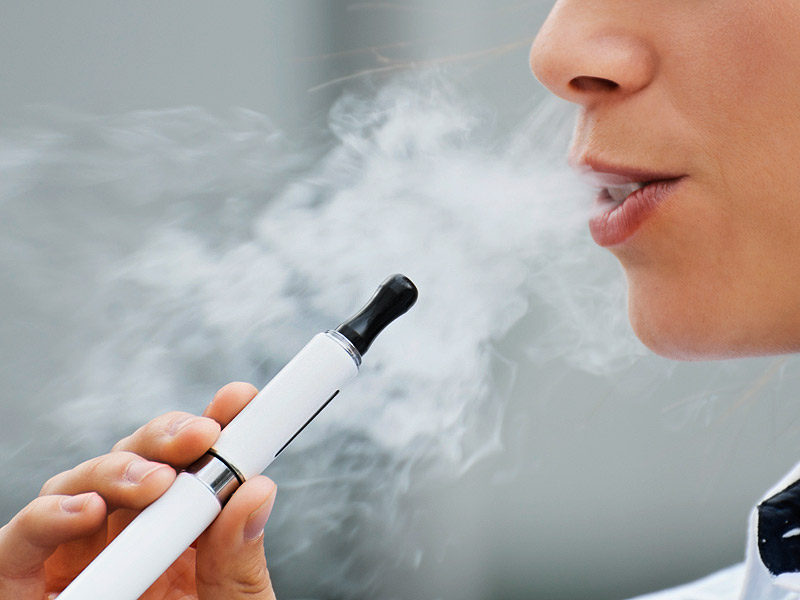 s across the country report a surge in calls involving e-cigarettes, from one per month in September 2010 to 215 per month this February, according to the Centers for Disease Control and Prevention. More than half the calls involve children younger than 6 who swallow liquid nicotine, which is heated to create vapors. The highly toxic substance is readily available on store shelves in flavors that include bubble gum, chocolate mint and cherry. Urging against “a knee-jerk reaction” to the numbers, Cynthia Cabrera, executive director of the Smoke-Free Alternative Trade Association, said the benefits many consumers claimed to get from using e-cigarettes must be weighed against the relatively small number of accidental incidents linked to them. (The Washington Post)

German authorities announced they’re searching for two women who rob “mostly older women” by hypnotizing them. “They seem to be able to get the interest of their victims with a promise to see the future,” police official Sandra Mohr said after a 66-year-old Russian woman reported that the women “told her that they would read her fortune, but the next thing she knew she was back home sitting in an armchair, and all her jewelry and valuables had vanished.” (Britain’s Daily Mail)

A woman celebrating her 30th birthday at a bar in Madison, Wis., attacked a disc jockey and broke his computer, headphones and microphone because she disliked his choice of songs. “Partygoers were able to pull her away from the DJ’s table after the equipment was damaged, but she broke free and rushed the DJ, punching and scratching him on the face,” police official Joel DeSpain said, adding that the woman fled with her uncut birthday cake before police arrived. (United Press International)

Dutch prisons face an under-crowding crisis, with prison staff already outnumbering inmates. Justice Ministry official Jochgem van Opstal offered no explanation for the convict shortage but said, “We’re studying what the reason for the decline is.” Meanwhile, a British report called prison overcrowding in England and Wales “far worse than anyone imagined,” noting that a quarter of the prisoners share cells designed for one person. (The Huffington Post)

From Bad to Worse

After Jerry D. Harlow, 47, reported that someone in a white vehicle stopped at his house in Richwood, W.Va., and shot him, police concluded that Harlow “shot himself in an attempt to avoid possible jail time for previously committed criminal activity.” Charges of being a felon in possession of a firearm and providing false information to police were added to his criminal activity. (Beckley’s The Register-Herald)

On a Mission
Interview: Mayor Miner and County Exec. Mahoney
To Top