Curses, Foiled Again
Police investigating the burglary of a restaurant in San Mateo, Calif., arrested Keveen Quintanilla, 31, after he stopped to flirt with bartender Ashleigh Cullen, 22, who was taking out the recycling. “He said he’d seen me around and wanted to hang out, which was strange since it was already 1 a.m. when he approached me,” Cullen said. After she realized the restaurant had been burglarized, she gave police Quintanilla’s name and phone number. Pretending to be Cullen, officers texted the suspect and arranged a date, then arrested him when he showed up. (San Jose’s KNTV-TV)

Let It Go, Bro
Responding to reports of a man calling for help under a manhole cover in Lawton, Okla., police found a man who said he’d been trapped in the sewer for two days. He told them he dropped a $20 bill down a storm drain and had no choice but to go in after it. Once he got underground, however, he lost his way and had to crawl through the wet, dark 42-inch-diameter pipe until he found a spot where someone heard his cries for help. Police Sgt. John Chelenza pointed out, “That’s the first time in going on 28 years that we have found somebody down in a storm drain.” (Lawton’s KSWO-TV) 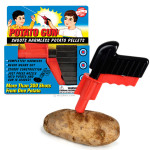 Police reported that a man tried to rob a convenience store in Providence, R.I., by pretending a potato was a gun. After the manager chased him off with a baseball bat, police received a call from a coin-operated laundry where a man fitting the description entered carrying a potato and yelled, “I need the money.” A worker gave the man $20 from a decoy cash register, and he left. (Associated Press)

Power to the Power
Duke Energy anticipates hiking its rates to cover environmental cleanup in Carolina and Indiana, which Duke Chief Financial Officer Steve Young pointed out “have a strong record of allowing utilities to recover costs related to environmental compliance investments.” Cost recovery means charging customers rather than taking costs out of company profits, which would lower earnings for shareholders, among them Gov. Pat McCrory, who has received more than $1 million in campaign donations from the utility. (Raleigh’s WRAL-TV) 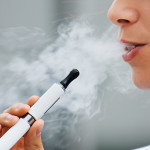 Poison centers across the country report a surge in calls involving e-cigarettes, from one per month in September 2010 to 215 per month this February, according to the Centers for Disease Control and Prevention. More than half the calls involve children younger than 6 who swallow liquid nicotine, which is heated to create vapors. The highly toxic substance is readily available on store shelves in flavors that include bubble gum, chocolate mint and cherry. Urging against “a knee-jerk reaction” to the numbers, Cynthia Cabrera, executive director of the Smoke-Free Alternative Trade Association, said the benefits many consumers claimed to get from using e-cigarettes must be weighed against the relatively small number of accidental incidents linked to them. (The Washington Post)

Capitalizing on Disaster
Protesting Beijing’s choking air pollution, artist Liang Kegang returned from a business trip to France with a glass jar of clean, mountain air, which he auctioned off for 5,250 yuan ($860). The month before, tourism officials in smog-free Guizhou province announced plans to sell canned air as souvenirs. Tourism authorities in Henan province distributed bags of air from a mountain resort in Zhengzhou, the provincial capital, to attract visitors. Finally, recycling tycoon Chen Guangbiao began selling fresh air in cans online for $3 each. (Associated Press)

When Guns Are Outlawed
German authorities announced they’re searching for two women who rob “mostly older women” by hypnotizing them. “They seem to be able to get the interest of their victims with a promise to see the future,” police official Sandra Mohr said after a 66-year-old Russian woman reported that the women “told her that they would read her fortune, but the next thing she knew she was back home sitting in an armchair, and all her jewelry and valuables had vanished.” (Britain’s Daily Mail)

The Moment Was Wrong
J.D. Winteregg, a tea party challenger to House Speaker John A. Boehner in Ohio’s 8th Congressional District, lost his teaching job at Cedarville University, a small Christian school outside Dayton, for airing a campaign ad accusing Boehner of suffering from “electile dysfunction.” The ad parodies the Cialis commercial “When the Moment Is Right” for erectile dysfunction. “Signs of electile dysfunction include extreme skin discoloration, the inability to punch oneself out of a wet paper bag, or maintain a spine in the face of liberal opposition, smoking and golf,” the narrator says, concluding, “If you have a Boehner lasting longer than 23 years, seek immediate medical attention.” School official Mark D. Weinstein said the candidate’s commercial “did not represent the views or values of Cedarville University.” (The Washington Times)

Heimlich Mishap or Suicide Attempt?
A 51-year-old man was hospitalized after he entered a restaurant in Wichita, Kan., began stuffing his mouth with “handfuls of pork” and nearly choked to death, police Capt. Doug Nolte said, adding that authorities weren’t sure why anyone would walk into a restaurant and begin eating pork. (The Wichita Eagle)

Slightest Provocation
A woman celebrating her 30th birthday at a bar in Madison, Wis., attacked a disc jockey and broke his computer, headphones and microphone because she disliked his choice of songs. “Partygoers were able to pull her away from the DJ’s table after the equipment was damaged, but she broke free and rushed the DJ, punching and scratching him on the face,” police official Joel DeSpain said, adding that the woman fled with her uncut birthday cake before police arrived. (United Press International)

Scam of the Week
Police accused Donald Adams of theft after he took several items from a Home Depot store in Lancaster, Pa., to the customer service desk, and claimed he had purchased them and needed to return them without a receipt. Investigators believe Adams pulled the same scam at Home Depot stores in four states. (Philadelphia’s WTXF-TV)

School Daze
Ray Moore, a candidate for lieutenant governor in South Carolina, said he favors replacing public schools with church-run schools because “we don’t see anything in the Bible about state education.” Moore said that if enough Christian families withdrew their children from public schools, which he calls “the Pharaoh’s schools,” and educate them at home or enroll them in religious schools, states would be compelled to hand over control of education to churches, families and private associations– “the way it was,” Moore declared, “for the first 200 years of American history.” (The Raw Story) 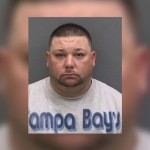 Sheriff’s deputies responding to a Monday morning call from Dwayne A. Yeagar, 31, saying his home in Brandon, Fla., had been broken into and ransacked, became suspicious because they found no signs of forced entry. Deputies noted other discrepancies and confronted Yeagar, who admitted staging the home burglary to avoid going to work. “He stated his wife was adamant that he go to work,” the arrest report said, “and he didn’t want to.” (Tampa Bay Times)

Unbroken Record
Before his resignation in February, Rep. Robert E. Andrews, D-N.J., had introduced 646 bills during 23 years in Congress, the most of any lawmaker in that stretch. None became law, however. Andrews, 56, insisted his record actually demonstrates his success at working the system. “You should ask yourself how many of the ideas that were a seed planted in the bill that germinated in a larger bill,” he said, estimating that about 110 of his ideas became law in somebody else’s bills. (The Washington Post)

Are Our Teachers Safe?
We Want You to Vote for Best of Syracuse
To Top