Curses, Foiled Again
Shantoria Valentine, 23, robbed a bank in Omaha, Neb., but while fleeing, she collapsed after only a few blocks, according to police. One witness noticed the suspect would “shuffle a little bit, run a little bit, walk a little bit, shuffle a little bit.” After she ran up a hill, “she was pretty well winded then,” another witness said. “She just laid down and put her hands out.” (Omaha’s WOWT-TV)

Temper, Temper
Oklahoma authorities looking for Lofton Gray Jr., 31, in connection with the death of his girlfriend located him in a Gallup, N.M., hospital. New Mexico State Police said Gray was driving a stolen vehicle when he got involved in a road-rage incident and threw a crowbar at a driver, who then hit Gray with his vehicle. Authorities said Gray’s injuries weren’t life threatening. (Albuquerque’s KRQE-TV) 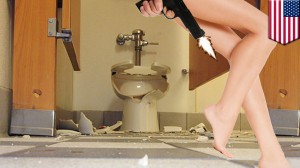 Sixth-grade teacher Michelle Ferguson-Montgomery was seriously wounded when the concealed firearm she was carrying accidentally discharged in the faculty bathroom of an elementary school in Taylorsville, Utah. Investigators said the bullet struck a toilet, causing it to explode and send bullet and toilet fragments into her lower leg. (Associated Press)

Social Media Follies
More American teens are texting while driving, according to the government’s latest study of worrisome behavior. Of teens surveyed by the Centers for Disease Control and Prevention, 41 percent said they had texted or emailed while behind the wheel in the previous month. The figures range from 32 percent in Massachusetts to 61 percent in South Dakota. (Associated Press)

What’s Shakin’?
Human-caused earthquakes, a side effect of high-tech energy drilling, cause less shaking than natural ones and feel about 16 times weaker, according to a study by U.S. Geological Survey geophysicist Susan Hough. “It’s not that there’s no hazard,” Hough said of the artificial quakes induced by injections of wastewater deep underground during hydraulic fracturing, or fracking, “it’s just that it’s a little better than you might think.” Hough theorized that the artificial quakes have less energy because the injected wastewater lubricates the fault. (Associated Press)

Chain Reaction
A 60-year-old Pennsylvania man died after an automobile hit his motorcycle in Black Hawk, Colo. Police said the collision caused a handgun the motorcyclist was carrying to fire, shooting him in the chest. (Denver’s KMGH-TV) 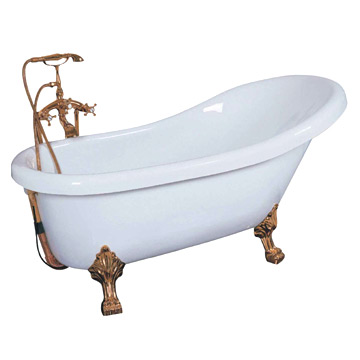 Authorities charged Allen M. Hall, 23, with trying to kill his 49-year-old female roommate by strangling her in the bathtub of their home in Decatur, Ill., after he learned she had eaten three Chips Ahoy cookies for breakfast that he wanted for himself. According to the police report, Hill “strangled her to the point she could not speak and was having difficulty breathing” before the victim’s husband and landlady arrived and “had to pull Allen off of her.” (Decatur’s The Herald & Review)

When Guns Are Outlawed
Babanto Chauke, 38, died during an argument with two men, according to police in South Africa’s Limpopo province, after he was “hit very badly by oranges,” police Lt. Col. Moatshe Ngoepe said. “They started pelting the deceased with all those loose oranges, killing him on the spot.” (Associated Press)

Gutter Balls
British engineers investigating flooding in Melton Mowbray, Leicestershire, determined that hundreds of tennis balls had been flushed into the sewer drains, causing rain water to back up into the streets. “We expect sewers to get blocked with fats or baby wipes,” sewage network manager Scott Burgin said, “but not tennis balls. How on earth people have managed to flush quite so many, I don’t know.” Workers cleared the blockage by climbing into the sewer and using their hands and shovels. (BBC News)

The Consensus of Modern Government
March Sadness
To Top