David Armelino covers the New York training camp in Cortland and what to expect from them this season.

The city of Cortland is once again filled with excitement with the arrival of the New York Jets for their annual training camp at SUNY Cortland.

This is the fifth year in a row that the Jets have held their training camp at the University, which is open to the public. This year will feature a number of new, high-profile faces who were signed by the Jets during the offseason.

Quarterback Michael Vick, running back Chris Johnson and wide receiver Eric Decker are among the new members of the team that has head coach Rex Ryan very excited. 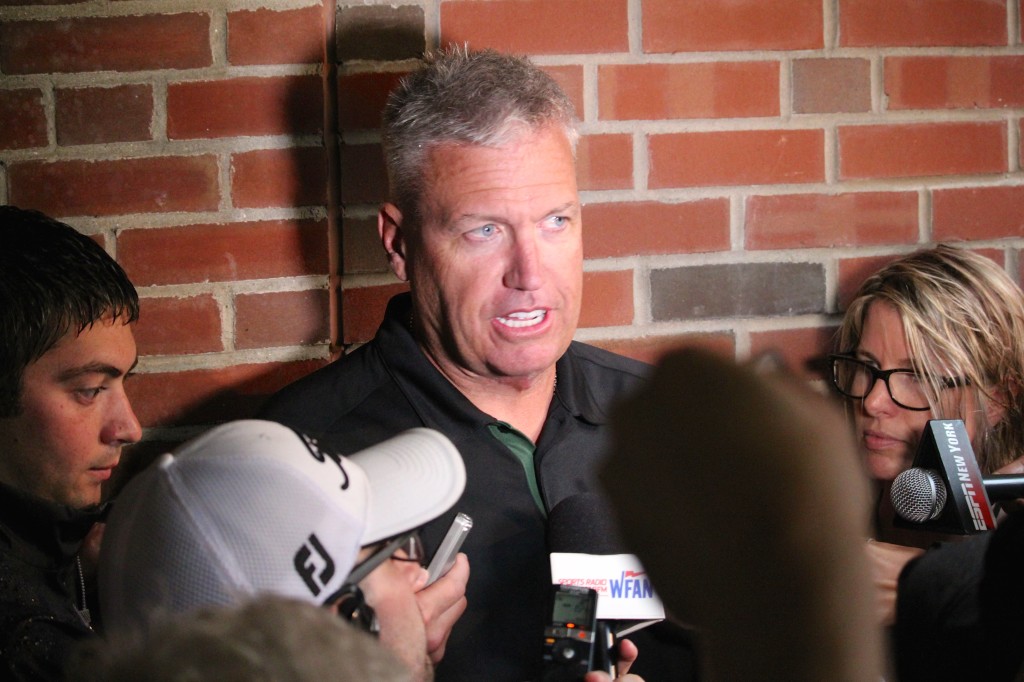 Ryan said one reason he is so high on this squad is the fact that not one player on the team failed their conditioning test for the first time since he has been head coach.

Ryan expressed what a thrill it will be to finally start teaching his players, however, he also noted what a long road this team has ahead of them.

“We understand that there’s so many steps we have to take to get there,” Ryan said about the possibility of making the playoffs this season. “We have to improve as a football team. We know that talking won’t get it done, we have to earn it.”

Ryan spoke with great enthusiasm about his top two quarterbacks on the roster in Geno Smith and Michael Vick.

He described Smith as being “head and shoulders above where he was last year,” and viewed the potential quarterback battle between Vick and Smith as healthy competition.

“It’s really a great situation,” Ryan said. “I don’t know if we’ve had a better quarterback situation since I’ve been the head coach here.”

Smith is also welcoming the imminent competition with Vick and is eager to learn from the 11 year veteran who has a similar play style to Smith. 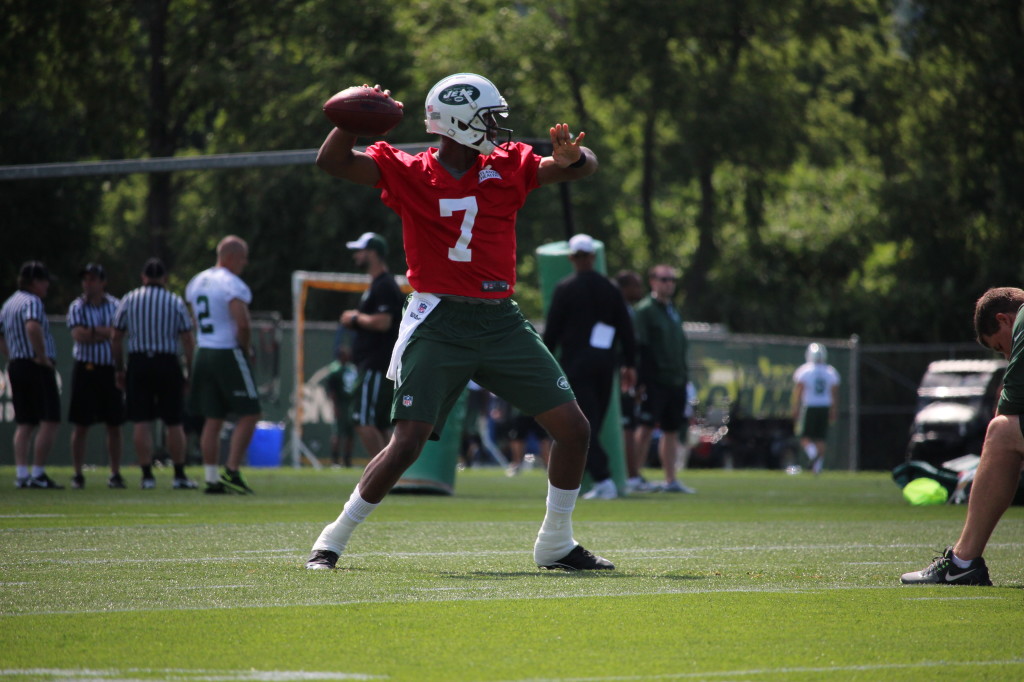 “I expect it to help a lot,” Smith said. “Mike is a guy who has proven himself in this league and for me to go up against a guy like that, it means a lot.”

Vick believes that the duo of himself and Smith has the potential to do great things for the offense, saying it doesn’t matter who’s out on the field, just as long as that player gives the team the best opportunity to win.

Running back Chris Johnson is another new addition that Jets fans and head coach Rex Ryan are very electrified to have on board for the upcoming season.

Johnson is wearing number 21 during training camp, the same number former running back LaDainian Tomlinson wore for the Jets when he surpassed everyone’s expectations in 2010.

Whether Johnson, after going through offseason knee surgery, will have as much of an impact as Tomlinson had for the Jets, however, remains to be seen.

Johnson exhibited confidence in his ability as he spoke with the media before training camp began.

“I feel good, I’m here to do everything,” Johnson said about camp. “Whatever coach asks of me I’ll be ready to do it. [My] knee feels great.”

Johnson explained that this is his first real injury since being in the NFL and the rehab he’s gone through has made him come back just as fast and explosive as ever.

After being released by Tennessee and being picked up by the Jets during the offseason, Johnson says he is using that experience by coming out and having a bit of a chip on his shoulder. He also expressed his gratefulness to the Jets for giving him a chance to prove what he can still do.

After his 2,006 yard season with Tennessee in 2009, Johnson’s production has dipped off in the backfield, however, has yet to sink beneath a thousand yards for a season.

Vick and Johnson will also be roommates together in Cortland, to which both are excited for the opportunity.

“It’s going to be pretty cool,” Johnson said. “That’s a guy I’ve always looked up to. I’ve always wanted to play with him so it’s a pretty cool thing.” 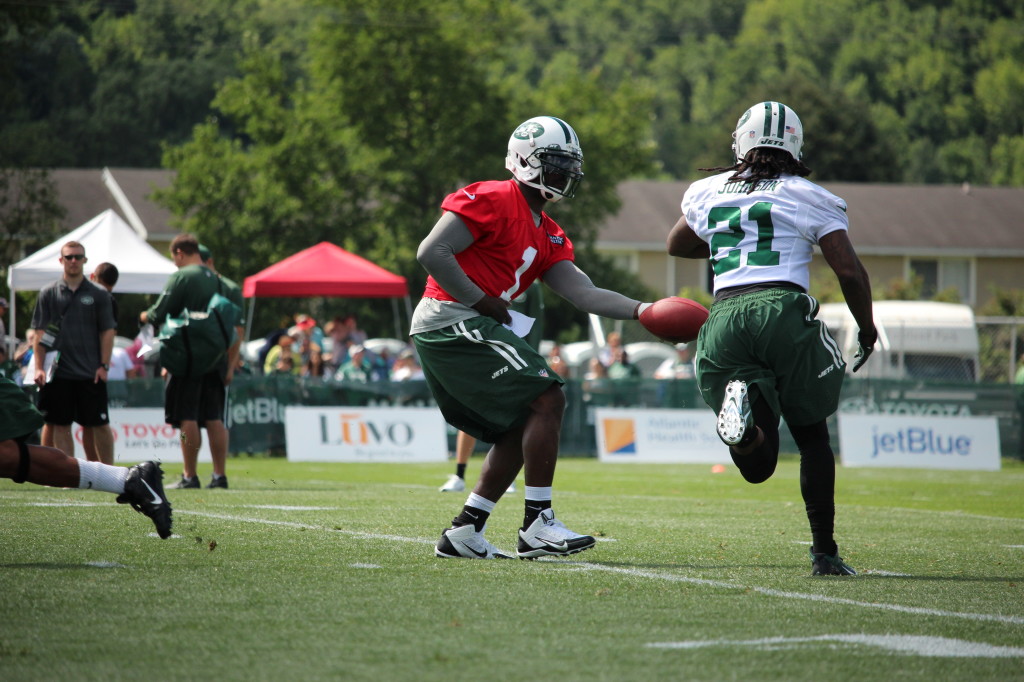 Vick gave an update of the room situation after day one at camp, jokingly saying “we sat up and talked maybe a little too long last night, I’m kind of tired right now.”

Wide receiver Eric Decker, who is coming off a Super Bowl appearance with the Denver Broncos last season, is a player who has the ability to put the finishing touches on this Jets offense that already has a talented duo in Stephen Hill and Jeremy Kerley.

Decker says that the offense that he has been inserted into with the Jets is very exciting and allows him more freedom to run routs and make adjustments, which is quite different to what he was used to in Denver. 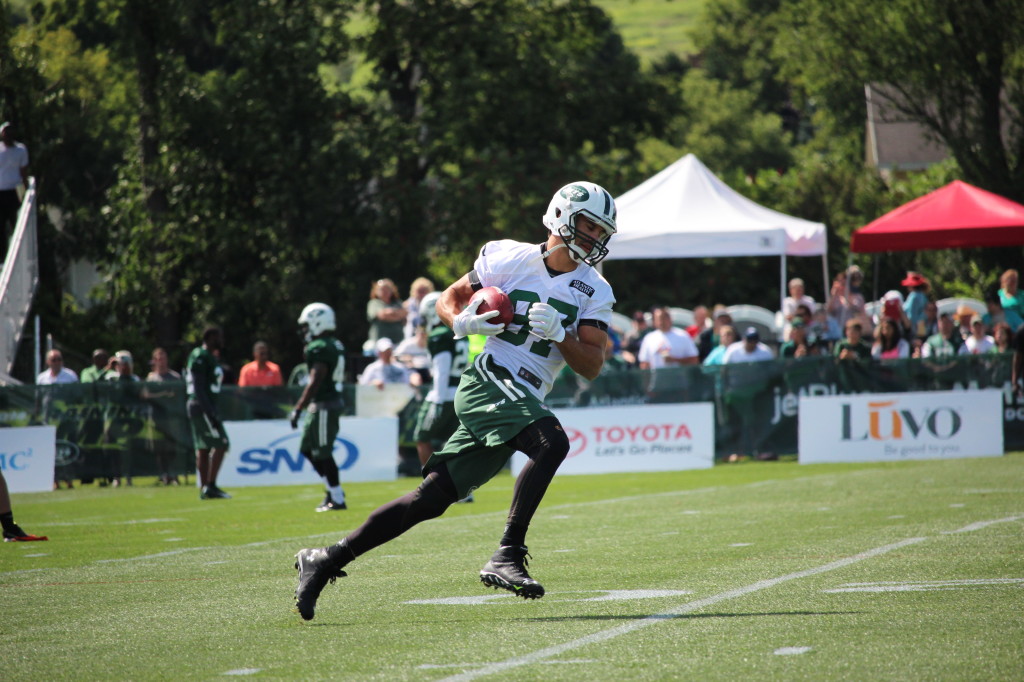 “Obviously I want to be able to master what the position is [being a] receiver strait up as a whole, so I’m looking forward to spending more time with the play book and getting used to it,” Decker said.

An all-around excited Jets squad was eager to arrive in Cortland and begin camp for various reasons. Rex Ryan said he was looking forward to the start of the festivities about two and a half weeks ahead of time.

“You’re coming up here and it feels great,” Ryan said. “The people here are outstanding, you can get down to business and it’s certainly something I look forward to.”

Geno Smith, who was a rookie last year while at training camp in Cortland, has already had a taste of what the area has to offer as far as football is concerned. Despite entering Cortland to severe thunderstorms the day before camp commenced, Smith says the best thing about Cortland, in his opinion, is the weather. 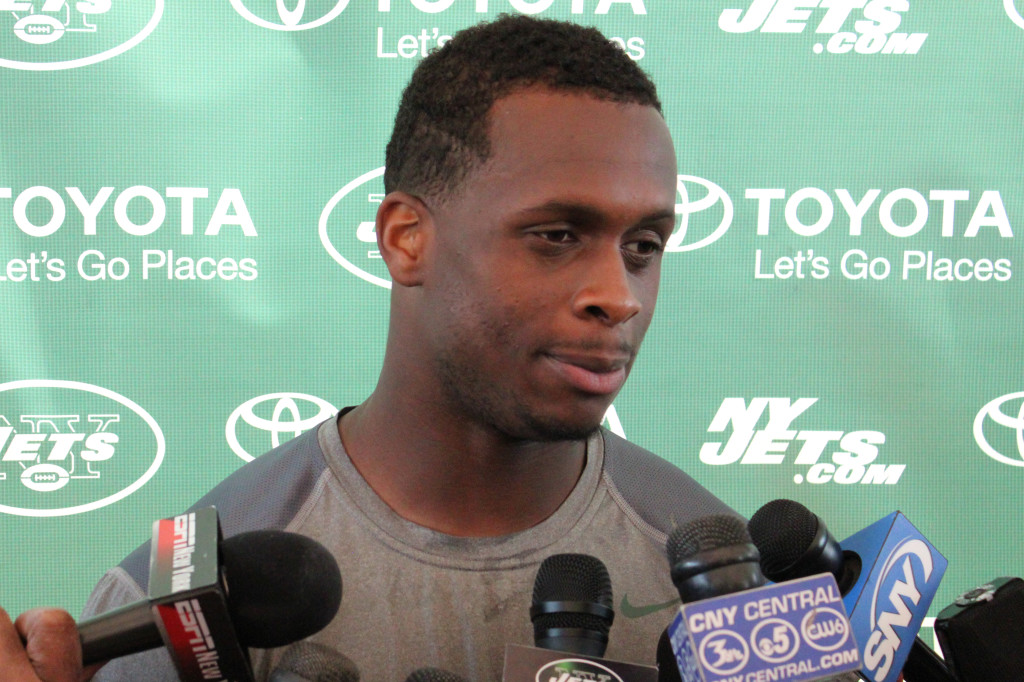 “It’s not that typical scorching heat that you get at this time of the year,” Smith said. “I was talking to coach Lee, [I said to him] it’s like air conditioning out here.”

Before Eric Decker could enjoy the pleasant weather that day one of camp brought, he had to get there first.

“They gave us a map so I figured I’d hop in my car and figure it out, but that obviously didn’t work,” Decker said. “I didn’t know where I was going. I drove into the city.”

Decker said that he hadn’t brought much to the dorms with him, not even a television. He explained that he didn’t want anything distracting him and that it was all about football.

Fellow Jets newcomer with Decker, Michael Vick, says that the change of scenery is good and it’s certainly nice to get away. This is Vick’s first training camp where he’s had to drive up to the facility on his own, saying kiddingly “it’s a long drive I can tell you that.”

Vick says that a picture of his family is the most important thing to have in his room in Cortland when things get tough on him during camp, making it clear that they are what make it all worth it for him. 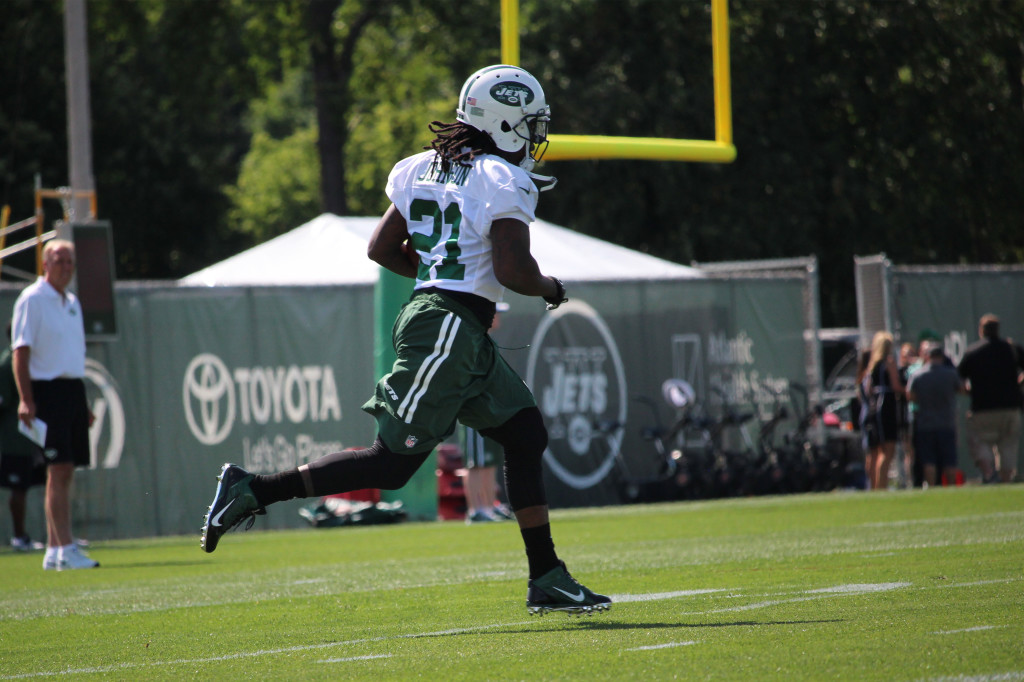 Chris Johnson stated that the feel and the atmosphere in Cortland is much different than what he’s been used to for the first six years of his career in Tennessee.

“It kind of brings me back to the college days,” Johnson said. “In Tennessee we kind of stayed [where we were] and did it at our practice facilities, so having to drive up here and move into the dorms, it feels like I’m back at college.”

Johnson said that there wasn’t anything specific that he needed to get him through camp and that he would surely be getting used to the change in scenery after a few days or so had passed.

After going 8-8 last season and missing the playoffs for a third strait year, the New York Jets and their head coach Rex Ryan are confident that this team will make the postseason. Training camp is where the pieces start to fall into place to see what a team will really look like this upcoming season, and for the new look Jets offense, the future looks bright.