Most of us turn to TV for great stories that entertain and allow us to leave our own lives behind for a spell. But TV, with its focus on visual (sometimes visceral) storytelling, can also serve as an important source of education. It allows us to see how people in communities outside of our own live—be they gay communities, communities of color, rich communities or poor communities. This week, a new documentary series from PBS’s Independent Lens brings us into the horrifying worlds of sex trafficking, poverty and abuse—worlds that exist not only in faraway lands, but right here in our backyard.

For decades, journalists Sheryl WuDunn and Nicholas Kristof have covered stories of humanitarian crisis and struggle for The New York Times. In their 2014 book A Path Appears: Transforming Lives, Creating Opportunity, the couple explores innovative ways that organizations and people worldwide are combating gender oppression and its products (sex trafficking, forced prostitution and gender-based violence). A new series based on the book premieres on PBS on Monday night, January 26 at 10pm. It is a follow-up to the pair’s 2012 series (based on the 2009 book), Half the Sky, which brought to light the struggles of women in Kenya, Vietnam, India, Somaliland, Sierra Leone and Afghanistan.

The new three-part series is produced by the brilliant filmmakers at Show of Force (producers of Half the Sky and HBO’s award-winning Marina Abramović: The Artist is Present). It will follow WuDunn, Kristof and a cast of “actor/advocates” as they travel not only to Africa and the Middle East, but to places closer to home, like Nashville, Boston and West Virginia.

“It’s easier to look at problems outside the country than it is to look at stuff in our own backyard,” says actress Jennifer Garner in the series’ trailer.

In the first episode, the team explores “Sex Trafficking in the USA.” Kristof and actress Ashley Judd—herself a survivor of sexual abuse—meet Shana Goodwin, a Nashville native who was first sold into prostitution by her mother at the age of 12. Goodwin left prostitution through the help of Magdalene, a residential program dedicated to helping survivors of prostitution, trafficking and addiction. 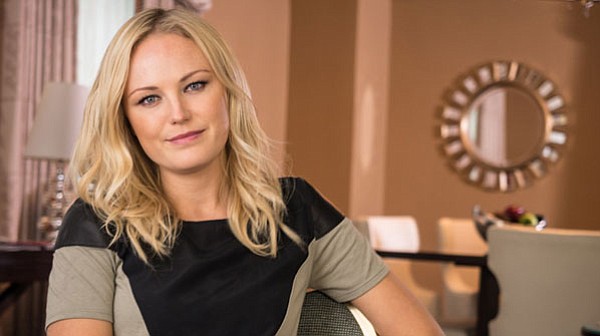 Actress Malin Akerman explores the other side of the coin: efforts to target the men who buy illegal prostitutes. In Chicago, Cook County Sheriff Tom Dart helps to coordinate the Day of Johns Arrests, an annual nationwide sting operation to crack down on the buyers of sex.

Episode two, “Breaking the Cycle of Poverty” (February 2) will focus on how children born into poverty face often insurmountable obstacles in the path to a better life, and how organizations like Save the Children’s Early Steps program are working to break those obstacles down. In the third and final episode, “Violence and Solutions” (February 9), actor/advocates visit organizations combating domestic violence and abuse in Atlanta and Kenya.

Though the series exposes disturbing realities, it also offers a message of hope. There are people and organizations out there working to tackle the roots of vulnerability and provide workable solutions. In Syracuse, we have many nonprofits of our own fighting some of these same problems of poverty and vulnerability, like Housing Visions, On Point for College, Food Bank of Central New York, PEACE, Inc., the Southside Community Coalition and Say Yes to Education. If this documentary inspires you, why not volunteer?

“We now understand how a tiny intervention can have a transformative impact on a child’s life a generation later,” says Kristof.

The team behind the film is making their own tiny intervention by producing this documentary and opening viewers’ eyes to the world’s challenges and the ways individuals can make a difference. The trailer features endorsements from humanitarian leaders like Archbishop Desmond Tutu and former Secretary of State Hillary Clinton, who says, “Nick and Sheryl use stories to capture attention, because stories are powerful.”

The series will air Mondays at 10pm on WCNY.

While the Orange Nation may be boycotting all things Duke in the next month, our rival university’s Forum for Scholars and Publics is hosting a fascinating live streamed TV event this week.

On Thursday night, January 29, a public watch party will be held at a theater in Durham, NC, to view the Shonda Rhimes-dominated three-hour block on ABC known as “TGIT.” Then on Friday, January 30, the university will host two all-female panels where scholars in the fields of history, women’s studies, law, cultural studies, gender and sexuality studies, black diaspora studies, and media studies will discuss the social implications of Rhimes’ work.

You’ll have to watch TGIT on your own, but Friday’s panels will be live streamed. Anyone can participate via Twitter using the hashtag #dukeshondaland. Visit http://fsp.trinity.duke.edu for more information.