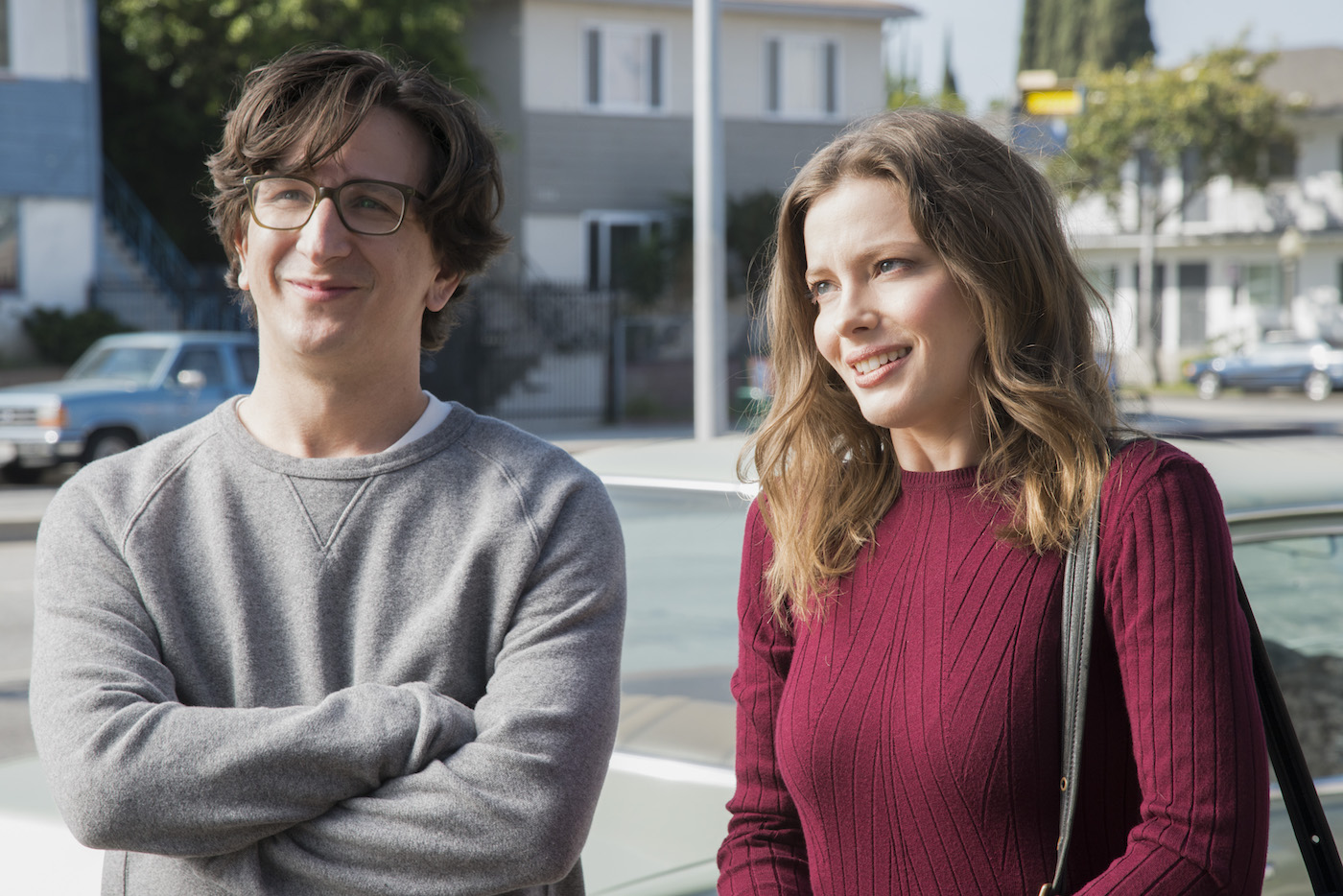 Season two of “Love” puts the harsh realities of romantic relationships on display.

In the second season of the Netflix original series Love, the harsh realities of romantic relationships are set center stage. Staying consistent with the first season, which premiered last year, Love rejects the frills and classic romantic comedy tropes that are often found in television shows that focus on romance.

Thanks undoubtedly to the show’s creators, Judd Apatow (Girls, The 40-Year-Old Virgin), Lesley Arfin, and Paul Rust (Inglorious Bastards, I Love You, Beth Cooper), Love thrives on its acceptance of the awkward, the infuriating and the heartbreaking. The show stars co-creator Paul Rust as the goofy, often self-involved Gus Cruikshank. Gillian Jacobs (Community) plays the self-destructive sex-, love-, and alcohol-addict Mickey Dobbs.

While the first season of Love focused on how relationships are built, the new season instead explores the complications that come after a relationship begins. After a tumultuous start to their relationship, Gus and Mickey find themselves trying to take things slow, learning more about each other before taking a nosedive into their changing relationship, like they did in season one. However, as it so often happens in reality, the two struggle to live outside the honeymoon phase of their relationship.

Both are at times unwilling to compromise for each other — Gus pushes Mickey too hard about her addiction counseling, and Mickey, deterred by his judgement, lets herself fall easily back into her old, destructive patterns. Their on-screen relationship isn’t contrived at all. Their fights are genuine, not forced. If you’ve ever been in a romantic relationship, Gus and Mickey’s lows will feel all too familiar, and so will their highs.

However, Love isn’t a show about the idyllic parts of relationships we all strive for. It’s about the difficult bits and pieces that are messy, unromantic, and, quite often, sad. Love isn’t easy. If it were, it would certainly be less interesting. There are no clear-cut winners and losers when it comes to love, and maybe that’s okay.

As the second season proves, love can consume you, and it can change you (for better or for worse). Mickey, a young woman who just can’t get enough of love (she’s a regular attendee of Sex and Love Addicts Anonymous meetings) shows that to be true.

Love can mean a shift in comfort, and whether that comfort is healthy is dependent on the lover. For Mickey, comfort is destruction; it’s sadness, addiction, and self-loathing. For Gus, comfort is complacency; it’s control, fear, and condescension.

Both Gus and Mickey fight to hold on to their comfort, but that battle begs the question — is it worth it? In some respects, yes, it is. But you can’t help but feel an honest concern for the couple when you watch Love. You want them to be together, but, and this is especially hard if you’ve personally dealt with addiction or mental illnesses in any respect, you also know that sometimes love means letting go.

This show inspires a great deal of introspection, because it is not a happy show. It has all the elements of a typical indie romantic comedy, but without all the fluff and falsities. There are a few ridiculous situations, but, at its core, Love is painfully, beautifully real.

Love is honest. It doesn’t pretend to be something it’s not. While you may not finish this series feeling very happy, it is certainly refreshing to watch a show about love and relationships that is so real.

The world doesn’t need another whirlwind romance story. Instead, we need characters like Gus and Mickey to remind us that love is so much more than soulmates and romantic sunsets. It’s confiding in your roommate when you make a mistake; it’s calling your mother after a hard day at work; it’s sitting around making up songs with your friends late at night and not caring if a random passerby thinks you look strange.

Season two of Love is available for streaming on Netflix.