Waging Heavy Peace is exactly what you’d expect a Neil Young autobiography to be like.

Written at age 66, Waging Heavy Peace (Blue Rider Press, 502 pages) is exactly what you’d expect a Neil Young autobiography to be like. Wildly candid and disorienting in its jumps, much like a ping-pong ball across a table of time, the book doesn’t follow rhyme, reason or even a rhythm. Young talks about what he wants to talk about, and when he wants to talk about it, as chapters jarringly move from a story about a dying friend to a passage about his wife’s dog.

While this sounds disruptive, it’s also addictive. It’s as if you’re reading Young’s diary, or even sitting beside him listening to his many stories of music, and life itself. Although Waging Heavy Peace hit bookshelves in 2012, it would make a great stocking stuffer for rock aficionados. 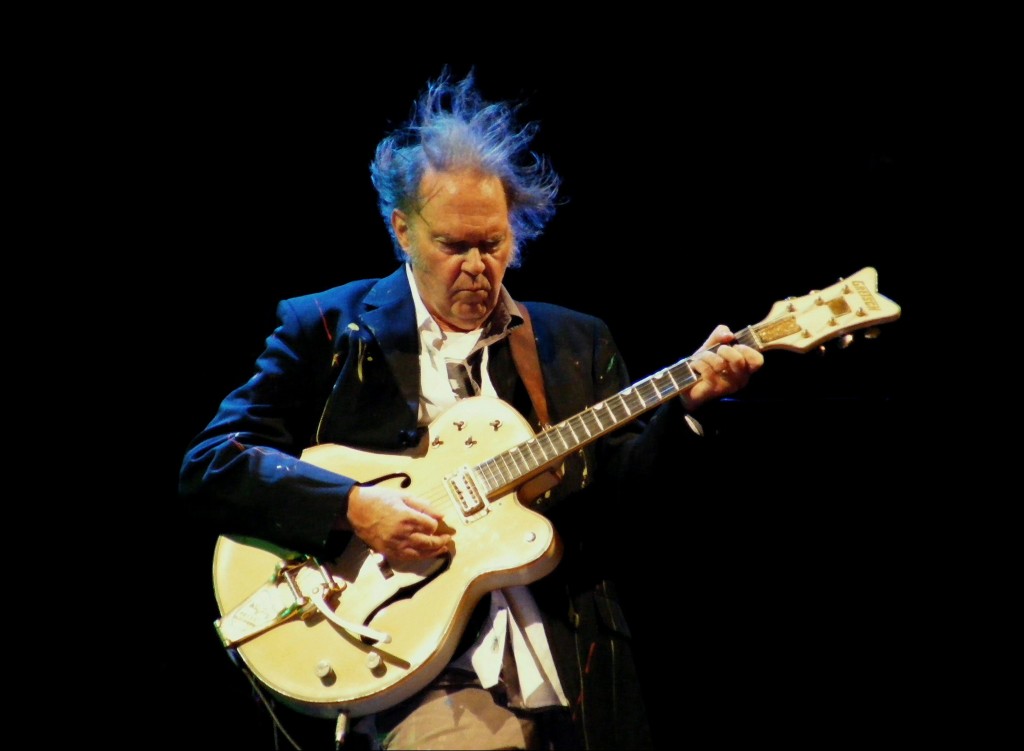 Neil Young at the Hop Farm Festival on Sunday the 6th of July 2008.
Photo by Man Alive!

The book talks about Young’s upbringing in Canada, his escape to the United States and his more than 50 years in the business. Another major topic is Pono, formerly PureTone, a music download service headed by Young that is designed to “create the new gold standard” in music-listening devices.

“PureTone players play MP3s from iTunes, too, but they will sound better than the other players because of the digital-to-analog conversion at the heart of PureTone technology,” Young explains. “If I succeed, I will have helped a lot of artists and music lovers achieve nirvana. My daughter Amber was the one who heard Pono in my car after listening to MP3s her whole life, and she looked at me and asked, ‘What happened? How did that happen?’ She knows why I am doing what I am doing. She is them, all of those young people who haven’t felt the real sound of recorded music.”

Simply exemplified by Young, MP3s are akin to listening to music 1,000 feet under water, while listening to Pono at resolutions of 192kHz is like listening in the clouds. Pono is not yet widely available, although products can be preordered for January and March 2015.

Elsewhere in the book are in-depth and unfiltered stories involving Crosby, Stills and Nash to Buffalo Springfield to Jimmy Fallon. Young lets the world hear his mind on music and his other loves such as his 1971 Cadillac Eldorado convertible), as well as stories about his children, Ben, Zeke and Amber, and his wife Pegi. 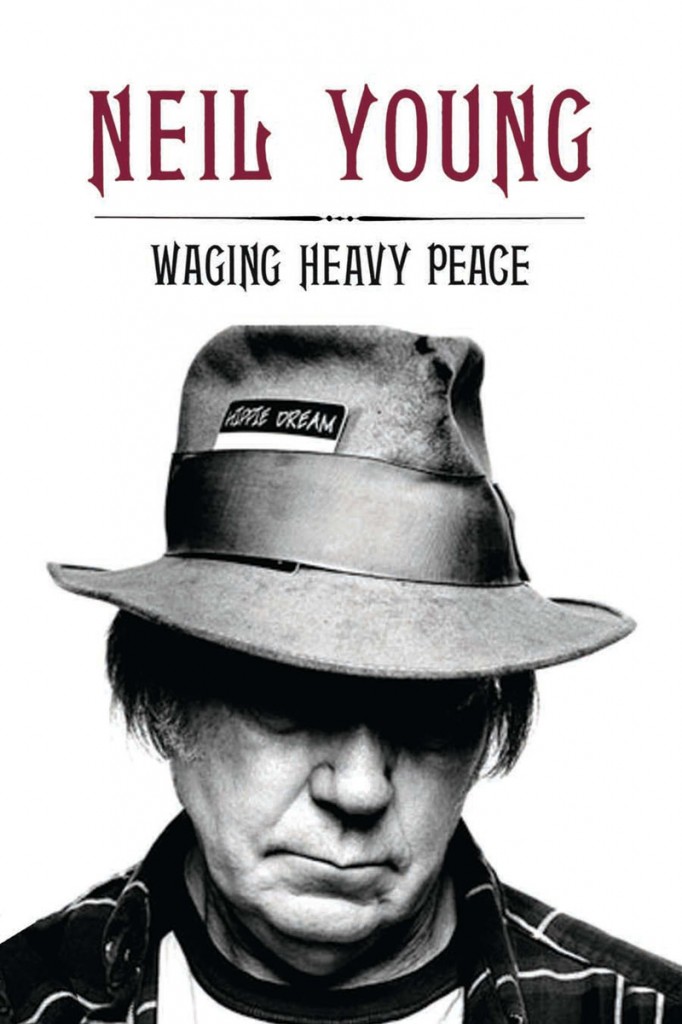 On one trip to Los Angeles, his Eldorado broke down. After arguing at length about his AAA membership status and watching “one of the greatest collections of expired AAA cards ever known” blow away, he was picked up by a tow truck driver.

“Looking at my card further, he asked, ‘Are you Neil Young?’ I said, ‘Yes, I am.’ He asked, ‘Who is Cinnamon Girl?’ I told him he would meet her in LA: She was my wife and had the most beautiful eyes in the world. We got into LA at night, pulled up to Sunset Sound studios where Pegi was recording, and just as I had promised, there was Cinnamon Girl, waiting by the curb.”

Young is openly frank (perhaps to the disappointment of some) when he says, “I don’t have a musical direction at the moment.” Yet at the end of Waging Heavy Peace, Young comes full circle as he states, “A very successful musician with a lot of stuff and things of value. . . now I am trying to find myself again and reconnect with the values I had in the beginning, find the love in the music with others again, return to the camaraderie that we all enjoyed back in the day, respect others, have empathy for them, be considerate, love myself again, and through that, be more true to myself and others, and above all, be deserving of Pegi.”