The quartet of local ski areas makes for quick getaways

We’re fortunate here in Central New York to have several ski and snowboard areas within an hour’s drive. Most riders eventually land and stay at one local area for several reasons. Many look into “program passes” that allow season-long riding on a particular day. If you plan to take the sport seriously, just do the math. Before committing to a season pass at one area, however, you should give them all a try. Here’s a look at the four nearest areas.

Greek Peak. Located in Virgil, just south of Cortland, it’s less than an hour’s drive, and it has the most vertical drop: 950 feet. When in full operation, Greek has nine lifts servicing 32 trails (28 at night) on 220 acres. One lift is a new quad, a Central New York first; the lift is also the first improvement under Greek’s new management. Trailwise, 41 percent are easy, 28 percent intermediate, and 31 percent expert. Greek is both the largest and most expensive of the four in our neighborhood, at $64 a day per adult. With a water park, on-site lodging and living, fine dining and full resort amenities, it is also the only ski-and-stay facility in our immediate area. Sometimes size does matter.

Labrador Mountain. Speaking of size, the 250-acre Lab is the largest geographically. With 700 feet of vertical drop, it spreads its 22 trails over three distinct sections: 33 percent easy, 34 percent intermediate and 33 expert. For a $48 adult pass, you can ski or ride all day and catch a burger and a beer at the Last Run Restaurant. Just a half-hour from Syracuse, Lab is located in Cortland County, north of Truxton, on County Route 31. The mountain has also received top honors during the Syracuse New Times’ annual Best of Syracuse polling. 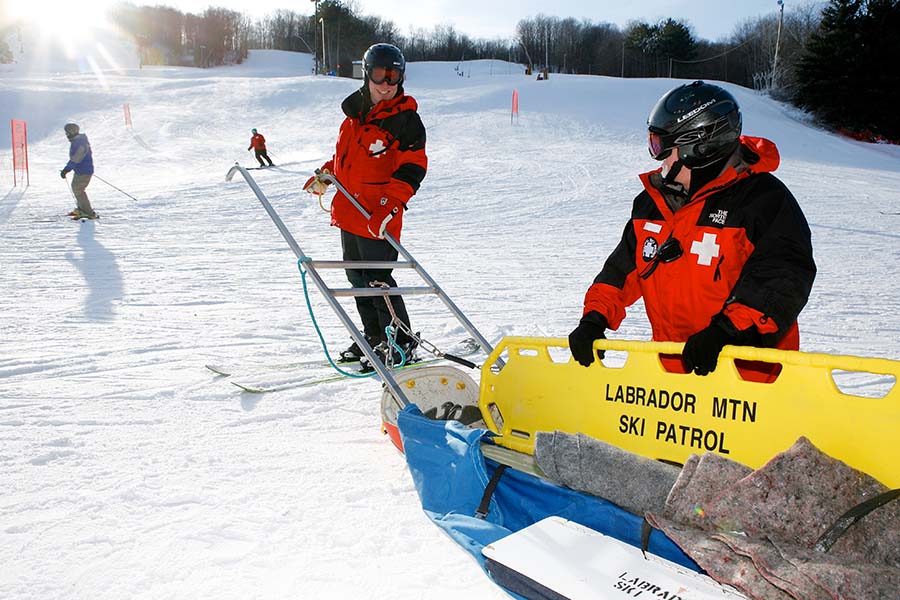 Song Mountain. It’s the easiest to get to from Syracuse and western suburbs, as well as being quite visible from Interstate 81. For $50 a day for an adult, you can ride its 24 trails, serviced by five lifts on 93 acres. Song rates 50 percent of the trails as easy, 29 percent intermediate, 13 percent expert, and 8 percent as double black diamond trails. Like its three sister mountains in our vicinity, Song offers the full services of a ski school, a racing program, snowmaking, special programs and more.

Toggenburg Mountain. Likewise a half-hour from downtown Syracuse, near Fabius on Route 80, Toggenburg is closer to the eastern suburbs, and has a 700-foot vertical drop. Its 21 trails with five lifts are on 85 acres of what was once a goat farm. Togg’s terrain is comprised of 33 percent easy, 33 percent intermediate and 33 percent expert, with a $50 day rate. Best of Syracuse readers have cited it as as the best place to learn to ski. After spending the day, check out the Foggy Goggle Restaurant for a wonderful meal prepared by owner Jim Hickey, a Culinary Institute of America trained chef.

Every hill has its strengths. Try them all and check for special deals and promotions on their websites.[emptybox]

Scott Launt grew up in Cortland. Much of his misspent youth was at Greek Peak. He is a member of the National Ski Patrol at Labrador and a member of the Onondaga Ski Club.