Everyday evil is explored in Normal: How the Nazis Normalized the Unspeakable, on display at ArtRage Gallery. The show references the 1930s and 1940s in Germany, a period documented and analyzed by historians, filmmakers and philosophers. Yet even as the exhibit explores territory that’s somewhat familiar to many viewers, it finds its own path.

Normal highlights ordinary human activities taking place within a totalitarian society: weddings, families nurturing children, a man who wears Nazi insignia and sits on a park bench. Although the exhibition has images of a few prominent Nazis, such as Joseph Goebbels, minister of propaganda, and Julius Streicher, publisher of a rabidly anti-Semitic newspaper, those photos are only a sliver of the overall portfolio.

Instead, we see mostly snapshots of everyday Germans, photos selected from the holdings of Dan Lenchner, a photographer and collector who lives in New York City. He bought them at Manhattan flea markets and via eBay.

The images often come from family albums and portray scenes at home: a mother looking on as her son tries on a Nazi uniform that’s far too large for him; a man dressed in Nazi clothing and his wife with a toddler holding a stuffed dog; a family of seven captured in a portrait.

Other photos place ordinary happenings in the context of a society dominated by Nazi ideology. Men in Nazi uniforms laugh as a dog howls. Young boys clown around at a Hitler youth camp. A reunion of sorts happens at a school as nuns are photographed with former students now part of the German military. And in a striking photo, two teenage girls practice goose stepping while a young boy watches them.

Elsewhere the exhibition displays images documenting Nazi rituals. In Berlin in 1933, 47 Nazi couples arrive for a mass wedding and are greeted by storm troopers. A second photo, closely cropped, depicts an outdoor rally held on a rainy day. Three men in uniform, closely packed together, make the Nazi salute. 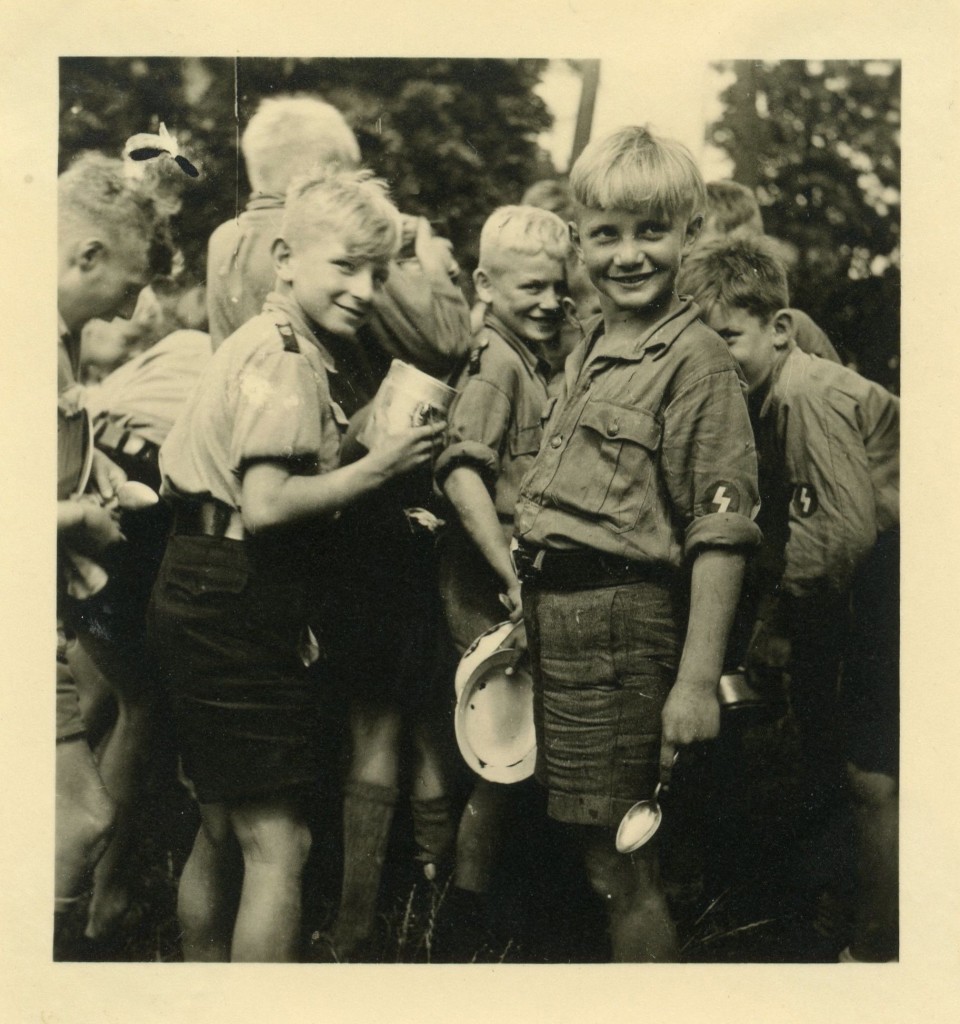 Hitler Youth. Vernacular Photographs From the Collection of Dan Lenchner.

Normal demonstrates that during the 1930s, Germany wasn’t isolated from the rest of the world. Indeed, the 1936 Summer Olympic Games were held in Berlin. There’s a photo of the Olympics and a caption discussing how members of the Roma community, who lived in close proximity to that city, were locked up in internment camps during the games. During that summer and at other times, people from other nations were traveling to Germany. One of the few non-photographic items, a poster produced by the German railroads information office in New York City, invites tourists to come to Germany; it mentions attractions such as castles, opera and symphony performances.

While the exhibition focuses on everyday experiences, it also displays images tied to a larger historical narrative. For example, it presents a photo taken by Robert W. Weidman, a U.S. soldier, at the Buchenwald concentration camp. Another photo documents a pediatric euthanasia clinic in Lublinz, Poland, reminding us that some German doctors participated in barbaric activities.
There’s a photo of Adolph Eichmann on trial in a Jerusalem courtroom; he was convicted of mass murder and executed. A caption discusses Hannah Arendt’s book, Eichmann in Jerusalem, in which she wrote that the “trouble with Eichmann was precisely that so many were like him. . . terribly and terrifying normal.”

That quote touches on one of the principal questions raised by the ArtRage exhibition: How is it possible to transform a society so that dehumanization and murder are no longer deviant but typical behavior? On one hand, one exhibit can’t begin to address, let alone answer such a question. On the other, Normal incites discussion by focusing not on Goebbels or Eichmann but on ordinary citizens. 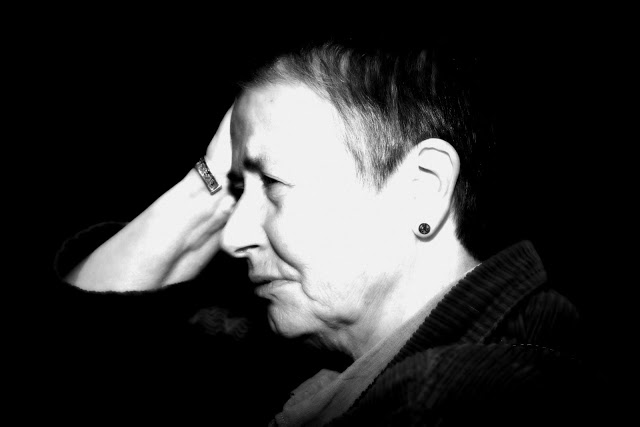 Nancy Keefe Rhodes, the show’s curator, has done a fine job of selecting images that have a visceral impact. Viewers will not soon forget the photos of youth at a summer camp or of teenagers goose stepping. Moreover, the exhibit is tightly and deftly organized; it fully explores a few themes without any sense of repetition. Most importantly, it accesses events that happened 70 years ago but isn’t purely historical in scope. Ultimately, the show concludes that questions about inhumanity need to be asked again and again, today, tomorrow and for the future.

Normal: How the Nazis Normalized the Unspeakable is on display through March 29 at ArtRage, 505 Hawley Ave. The gallery is open Wednesdays through Fridays, 2 to 7 p.m., and Saturdays and Sundays, noon to 4 p.m. There will be a gallery talk by Dan Lenchner and Nancy Keefe Rhodes on Thursday, March 20, 7 p.m. For information, call 218-5711.