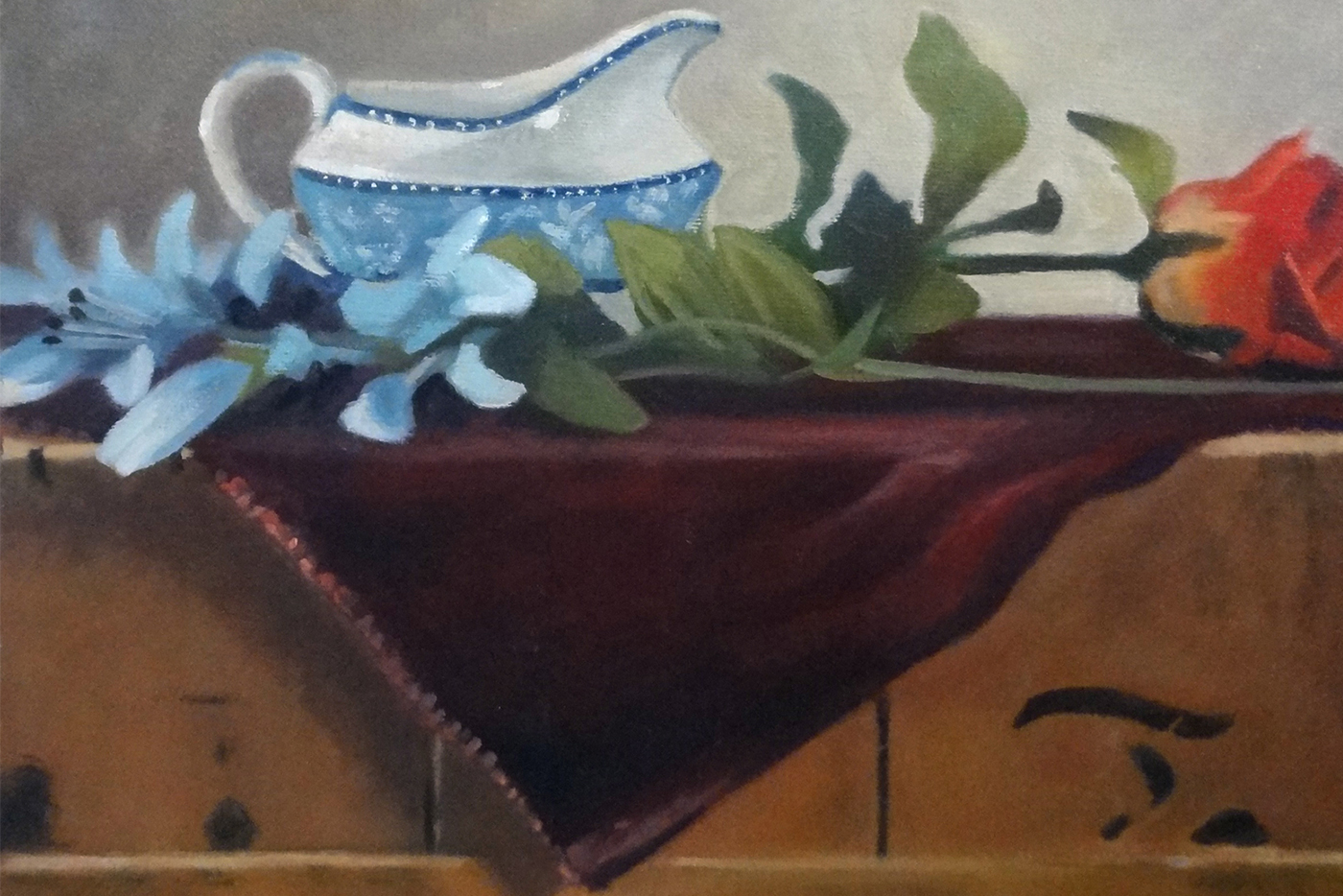 Syracuse artist Nikolay Mikushkin has painted at various sites, including upstate New York; Annapolis, Md., home to an annual plein air festival; and Kazakhstan, where he was born roughly 50 years ago. He’s able to both portray a subject and convey an impression. 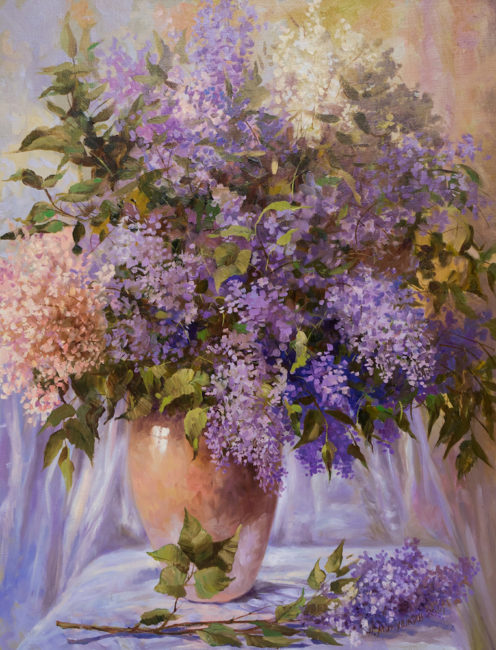 His oil depicting a Canandaigua garden mixes purple, green and pink colors while communicating visual energy. The lilies are in no way static; there’s a flow within the painting.

“Old Deck at Sacketts Harbor” presents elements such as a building in the background, a partially collapsed pier and, of course, water. Its appeal stems from Mikushkin’s interpretation, from water seen as dense, and from an illusion of the pier gliding along the surface. Similarly, “Old Entrance to Oakwood Cemetery” moves beyond architectural details by emphasizing not only the actual entrance but also nearby trees and ground.

The notion of plein air painting is further explored in Richard Harris’ works. Based in Endicott, he creates visual hooks like the bale of hay in “Quietly Waiting,” or the shades of green and orange in “Changing Seasons,” markers for shifts in weather and landscape.

In “Race Point Two,” perhaps set near Provincetown on Cape Cod, sand sweeps right up to the edge of a lawn, not far from a solitary house. “Susquehanna River Valley,” a large painting, guides a viewer’s eyes from sky to hillside to meadows, to vegetation looming over the river. It’s Harris’ best work in the show.

Carol Adamec, meanwhile, creates steel, bronze and stone sculptures. In the Edgewood exhibit, most of her pieces reference nature, as in a vertical work where metal objects resembling leaves hang on a pole-like structure. In another piece, objects shaped like pussy willows stick up from stone. A third sculpture recalls spring flowers by presenting brightly colored objects as small as buttons. Her sculptures reference flowers or foliage but do so in a sculptural context.

These works, it should be noted, are just one segment of Adamec’s portfolio. She also creates artworks like the one depicting a sailboat. It’s small, sleek and exquisitely designed, a piece that stands out in the exhibition.

Lastly, the show displays pendants, earrings and necklaces, jewelry reflecting South American influences and themes from nature. Esperanza Tielbaard, a Syracuse artist who grew up in Colombia, made several of the pieces.

Classic Tradition functions nicely within the relatively small space of the Edgewood, showcasing plein air paintings while also making room for other pieces. For example, it displays both Harris’ landscape paintings and his still-life works. And the nature theme links the artists and organizes the exhibition.