Mel Brooks’ musical version of his 1974 movie Young Frankenstein is a spoof of a spoof of a film adaptation of a classic novel. Fans of his film (Brooks thinks it’s his best) will be delighted that every quotable gag (“Big knockers!”) is lovingly retained in Baldwinsville Theatre Guild’s splashy production.

Derek Potocki, a handsome hunk offstage, plays the dancing, singing Monster in green face, just like the novel. The real monster is the nearly three-hour show itself, with 25 performers, 11 musicians, a dozen costume changes (everybody in tuxedos for “Puttin’ on the Ritz”), art deco-era scientific gadgets, skeletons, a train, an oxcart and a library wall that rotates on its axis. Everybody in charge is under age 40: director Heather Jensen, choreographer Korrie Taylor and music director Dan Williams. As the man cried out, “It’s alive! It’s alive!” 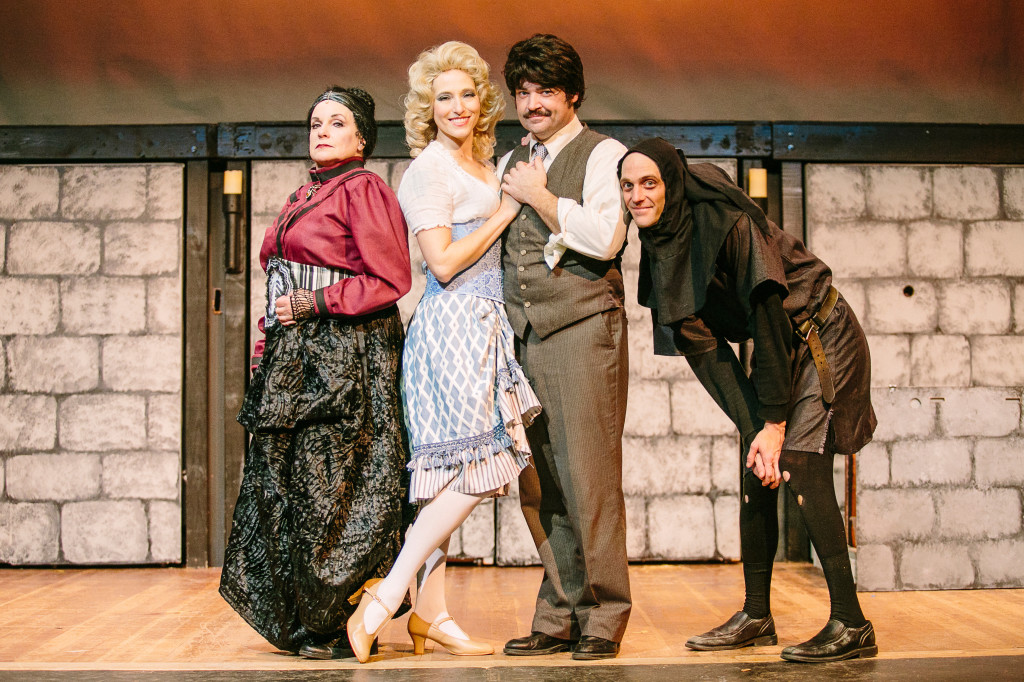 Leila Dean, from Central New York Playhouse’s ultra-decadent The Wild Party, makes a triple threat as pigtailed Inga: Not only sexy, she knows how to tell jokes and can even yodel. Kathy Egloff, the busiest character actress in town, scores a career high with Frau Blucher’s Marlene Dietrich-esque “He Vas My Boyfriend.” In the thankless role of Elizabeth, the doctor’s rejected, buxom girlfriend, Molly Brown is literally a scream, entered last as the Bride of Frankenstein in a red wig. And as the pyromaniac Hermit, William Edward White sings on stage for the first time.