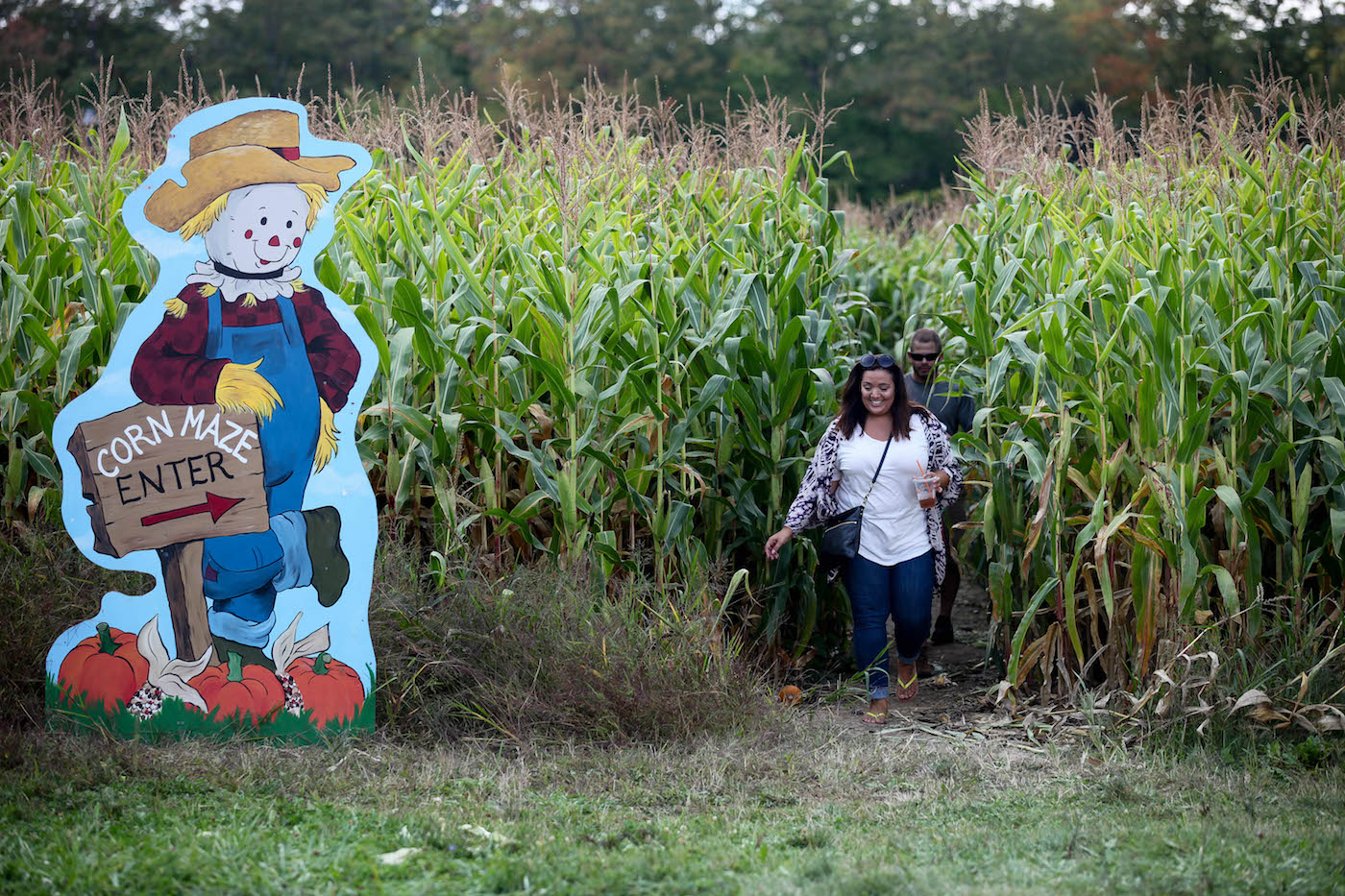 Kids and adults alike will enjoy a visit to Critz Farms in Cazenovia — and they likely won’t be just having fun with family and friends, but learning a little something about farming at the same time.

The March-through-December operations at Critz Farms produce seasonal harvests starting with maple syrup in the early spring, followed by strawberries, blueberries, pumpkins, apples, cider, and finally Christmas trees to finish the year. But co-owner Juanita Critz says the farm, an agri-tourism destination, wants to educate as well as entertain their guests.

“I really like watching people having a good time, while getting a better understanding of where their food comes from,” said Juanita, who owns Critz Farms with husband Matthew Critz. Their son Patrick Allen is the farm manager, and daughter Jessica Critz helps out on their big days.

“We like to explain the production process behind everything we do here,” Juanita said. “Any time we can do that is time we look forward to sharing.”

There are farm tours available, including a look at an active hive of honeybees and a talk about pollination; a wagon ride to the apple orchard, with a discussion of the growth and development of the apple crop; a behind-the-scenes look at the workings of the cider mill; and an overview of the diversified farming at Critz Farms. 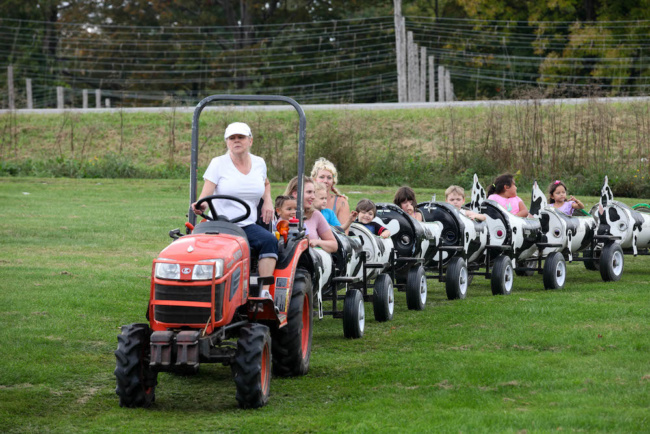 Their 2017 Fall Harvest Celebration runs weekends through Oct. 22. This year’s 10-acre corn maze is dedicated to Gigantic Diggers and Dumpers, with paths in a heavy machinery design carved into the field of corn. Even the maze is educational, Juanita noted: Inside are seven information stations, and guests completing the task in at least five of those stations earn a prize for their efforts.

Admission to the celebration on weekends is $8.50 per person, but free for kids younger than 2 and a maximum of $34 per carload. It also includes the Critz Critter Animal Area with more than 25 four-legged friends to visit; the Kiddie Corral and Slide Mountain Playgrounds and Giant Hay Bale Climbing Tower; the Cow Train Ride for Kids; wagon rides to the apple orchard and pumpkin patch for either pick-your-own or pre-picked purchases; and live entertainment. Fresh apple cider, the Critz Café food service, the items from the Balsam Barn Gift Shop and the Hop House Snack Bar are also available.

The farm is open during the week as well, with day-use charges for the playgrounds, animals and corn maze. Season passes are also available. A full schedule of their special autumn events and list of all prices can be found on their website.

Matthew Critz said he started out as co-owner of a Christmas tree farm in the Adirondacks after graduating from SUNY College of Environmental Science and Forestry in Syracuse. When he sold his interest in that business he decided to come back to Cazenovia, where he had lived during his college days, to open a tree farm in 1985.

“Back then, you could make a living being just a tree farm,” he recalled. The economy and business changed in the following years, requiring some creative diversification on the part of their farm. So they turned to their real bosses: their customers.

“We started with a small patch of pumpkins. Then people wanted a tractor ride to the pumpkin patch. Then they wanted a corn maze. It was just a long list of listening to what our customers wanted,” he said. “People wanted apples so we gave them apples. They wanted cider, and then they wanted hard cider.”

With so much going on at Critz Farms, it’s not hard to understand Matthew’s favorite part of his job: “I like all the diversity of my day. It is different all the time.”

A more recent example of their diversification is their expansion to include a farm brewery and winery. They opened a tasting room in 2011, with craft beer and hard cider available for those of age. This part of the business has grown considerably, with a recent addition to the tasting room welcoming even more patrons.

A telling example of their success is the many prize ribbons adorning bottles on display on their sidewall. Juanita Critz said that regarding the latest international competitions, every single one of their 11 hard ciders is a prize winner. In addition to those ciders, they regularly have seven to eight beers on tap, also made at the farm.

Patrick Allen said he grew up there, so after his college stint he moved back to work with the family. He enjoys being able to coordinate their musical events at the farm, including concerts that feature multiple live acts. “That is my passion,” he admitted. “I realized here it wasn’t going to be the choice of being one or the other, a musician or a farmer. Here, I could do both.”

The major construction project of their addition kept him busy this past summer, and the beer and cider making and selling have started to take up more of his time. “It’s become a real juggling act, keeping up with that and all of the farming chores we have to do,” he said. “But I am surrounded by smart and talented people who help make it all happen.”

Indeed, so much could be accomplished if only more people would take a break from the rigors of the real world for a visit to their tasting room. “A lot of humanity’s problems could be solved over a pint in a bar,” Allen noted.

Critz Farms is located at 3232 Rippleton Road, State Route 13, in Cazenovia. Hours vary by the season; for a current schedule or more information, call (315) 662-3355 or visit critzfarms.com.