Does the Air Force know more than it is really telling?

The news item headline read: “Military Planes Hunt Sky Discs with Cameras in Vain on Coast.” This Associated Press article was on the bottom right side of the front page of the July 7th 1947 edition of the New York Times.

The account reports the news that “mysterious flying saucers” had been sighted around the country for the previous twelve days. It also reports that “five P-51’s from the Oregon National Guard cruised over the Cascade Mountains of Washington” looking for the elusive flying saucers. 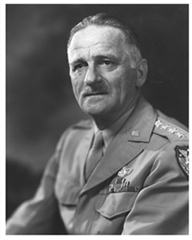 Interestingly, later in the article the Commander of the Army Air Forces, General Carl Spaatz was asked by reporters what he knew about plans to look for the strange flying objects. He begged off the question stating, “I’ve been out of touch with things for four or five days.” He explained that he’d been on a fishing trip in Medford, Oregon.

The truth is that during the week of June 25th 1947, a week before the good general’s fishing trip to Oregon there was a huge cluster of 19 sightings of flying saucers in the Oregon, Washington, Idaho area. That was the largest recorded one week sighting cluster of that time.

In the following day’s New York Times (8 July 1947) another article’s headline read: “‘Disks’ Soar Over New York, Now Seen Aloft in All Colors.”  The article written by New York Times writer Murray Schumach, reported that “flying saucers” were eluding all the powerful telescopes and being seen by common citizens all over the country. He references an Associated Press article that said, “thirty-nine states, plus the District of Columbia and a part of Canada were playing host to the heavenly disks.”

He goes on to point out “the humorous skepticism of scientists and military experts.” As the article progresses the writer has humorous fun discussing that some sighting reports “were in Technicolor, with the orange the predominant hue.” Later in the article he has great fun discussing the range of shapes and sizes that the common folk all over the country were reporting.

Interestingly, from our perspective some sixty years in the future, we now know that UFOs come in a range of colors that often shift. We also know that there are upwards of eighty documented craft configurations.

Of course later that July 8th day, the story about a Flying Disk Crash was reported in a small town newspaper in Roswell, New Mexico. Of course as quickly as the story was reported the Air Force just as quickly reported that it was all just a weather balloon, end of story. The Roswell Incident pretty much fell into obscurity until 1978, when scientist and researcher Stanton Freedman interviewed the air base’s former intelligence officer Jesse Marcel, Sr.

Since 1947 the Air Force has denied the Roswell crash. From 1947 to 1969 the Air Force mounted three different investigation programs to probe UFOs sightings, and then totally got out of the business of looking into anything strange in the skies over us in 1969. Or so they would have us believe.

I saw a film interview on television a few years ago of former Arizona US Senator Barry Goldwater. He indicated that he had a long time interest in UFOs. He related a story where he asked his longtime friend Air Force General Curtis LeMay about them. LeMay indicated that the subject was classified above top secret then told Goldwater “don’t you ever mention it to me again.”

So does the Air Force know more than it is really telling?

I offer one more piece of old evidence. In the Sunday New York Times on February 28th, 1960 back in the editorial wasteland of page 30. We see a furniture display advertisement that fills the lower 2/3s of the page. In the upper 1/3 of the page are a women’s dress shop ad and an ad for women’s lingerie. Jammed between the two lady ads is a small, two column United Press International news item dated 27 Feb titled; “AIR FORCE ORDER ON ‘SAUCERS’CITED.”

The article begins, “The Air Force has sent its commands a warning to treat sightings of unidentified flying objects as ‘serious business’ directly related to the nation’s defense, it was learned today.”

Later in the article the former head of the Central Intelligent Agency, retired Vice Admiral Roscoe. H.  Hillenkoetter is quoted, “behind the scenes, high-ranking Air Forces officers are soberly concerned about UFOs.”

In addition the Admiral is further quoted as saying, “But through official secrecy and ridicule, many citizens are led to believe the unknown flying objects are nonsense.”

It’s curious as to why the New York Times chose to bury this story?

In the classified information world, eventually even the most sensitive subjects get declassified after about fifty years. Here at New York Skies we believe that the seventy year veil of secrecy should be lifted. It’s time for the truth about UFOs, it’s time for Disclosure.

Let’s look at some New York UFO sightings from the 1940s.

8 January 1946, at about 2 a.m. several Brooklyn sisters and their mother witnessed a flying disk hovering 100-feet over their neighbor’s house. They state that the craft was roaring like a jet and had “writing like Arabic or hieroglyphics around the sides of the silver metal disk.”  Now in their 70’s both women and their 90 year old mother swear by this report to this day.

14 July 1947, at about 10:30 p.m. a Syracuse resident was looking out of the window of the Hiawatha Cottage of the Elmcrest Children’s center. Suddenly he saw a huge cigar shaped metal craft hovering above the trees near the center. “It just hung suspended there above the trees.” The craft is described as having no lights, windows or any external markings.

12 August 1947, at about 10 p.m. a half dozen New Yorkers were camping at their cabin at Saranac Lake. Suddenly one of the adults noticed an odd disk shaped object in the night sky and then another. In all they witnessed six disk shaped craft, all of which were slightly glowing. The objects passed overhead “making a whirring sound.” The campers watched in awe until the disks disappeared behind Mount Baker. Later they heard on the local radio station that many others around the lake had seen the spectacle.

What is a Young Professional?
You forgot to pack your manners
To Top