Originally put together by Jeanie Linders in Florida 15 years ago, Menopause: The Musical is always playing somewhere in North America. It was box-office gold for Syracuse Stage in 2006 and 2007. Menopause is also that rare show where a performer can find nearly full-time employment for years. Fredena J. Williams, cast as the Professional Woman in this summer’s Finger Lakes Musical Theater Festival production (running through Aug. 9 at the Auburn Public Theater), points to 1,100 previous performances before she arrived in Auburn.

All this mass experience guarantees that no one ever makes a fluff. Musical numbers, gags, dance routines and offstage noises (such as flushing toilets) are always perfectly timed. Yet that does not mean Menopause has become stale or shopworn, even though the musical accompaniment is prerecorded.

In recent years the property has been wrested loose from the iron grip of creator Linders and now belongs to GFour Productions. Decision-makers in Auburn voted to run with Menopause, always surefire box office, when they were assured they could make their own adjustments to what has always been a pretty tight show. The Auburn mounting may look like all the other productions, with the four women appearing before the art deco restroom doors at Bloomingdale’s on Lexington Avenue, but it feels free and spontaneous. 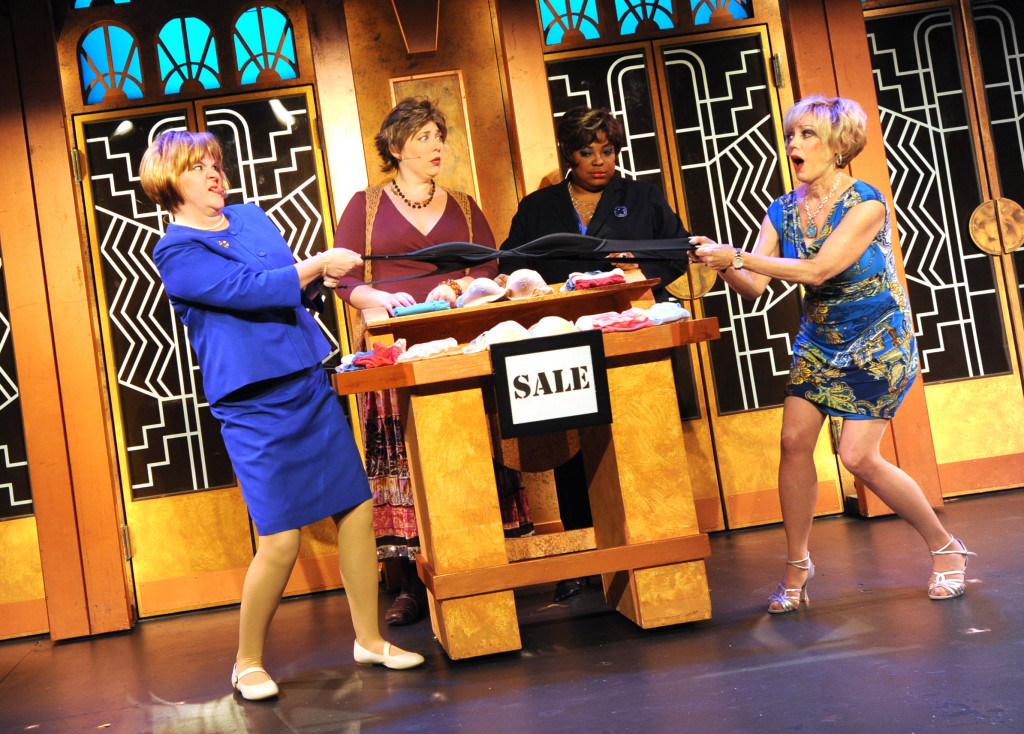 The four women, all of a certain age, represent types rather than characters, in fashion sense, comedic tone and vocal style. Not one is the star, and each one has sustained time in the spotlight. The first to make a frenzied dash to the restroom is the blonde Iowa Housewife (Teri Adams). Outwardly naïve and repressed, she tends to talk more about “s-e-x” than the others and has her most hilarious moment trying to squeeze into a translucent teddy while not taking off her blue suit.

Tall, massive Earth Mother (Becca McCoy) looks as though she might has been in a commune in the 1960s, the decade always cited in her dialogue, and still wears a peace sign lavaliere. She’s lived with the same man for 24 years without tying the knot. McCoy’s husky contralto lends itself to several musical genres. (At the end of June, McCoy will leave this production to be replaced by Graciela Valderrama.)

About the “size of her right leg,” as Earth Mother puts it, is 90 pounds of blonde dynamite: Soap Star (Cherie Price), a TV actress who worries the serial world might soon be turning without her. In her big number, Soap Star turns the show’s spoofery on its head. She’s takes “I’m Having a Hot Flash,” based on Irving Berlin’s “Heat Wave,” and delivers it as a torch song.

All business and officiousness, Professional Woman (the aforementioned Fredena J. Williams) is an executive with soul. White performers have taken on this role, but it’s no coincidence that the bulk of her numbers parody music from black artists, especially Motown. Williams scores again and again with a kind of Pearl Bailey put-down humor, and her biggest moment is when she dons a Tina Turner wig for “What’s Love Got to Do With It.”

The program, regrettably, does not come with a list of song titles, but every audience member past age 40 (and a good many under) will know every one of them, no matter what tricks Linders has done to the lyrics. The majority come from the 1960s and 1970s, such as the disco classic “Stayin’ Alive” getting changed to “Stayin’ Awake.” 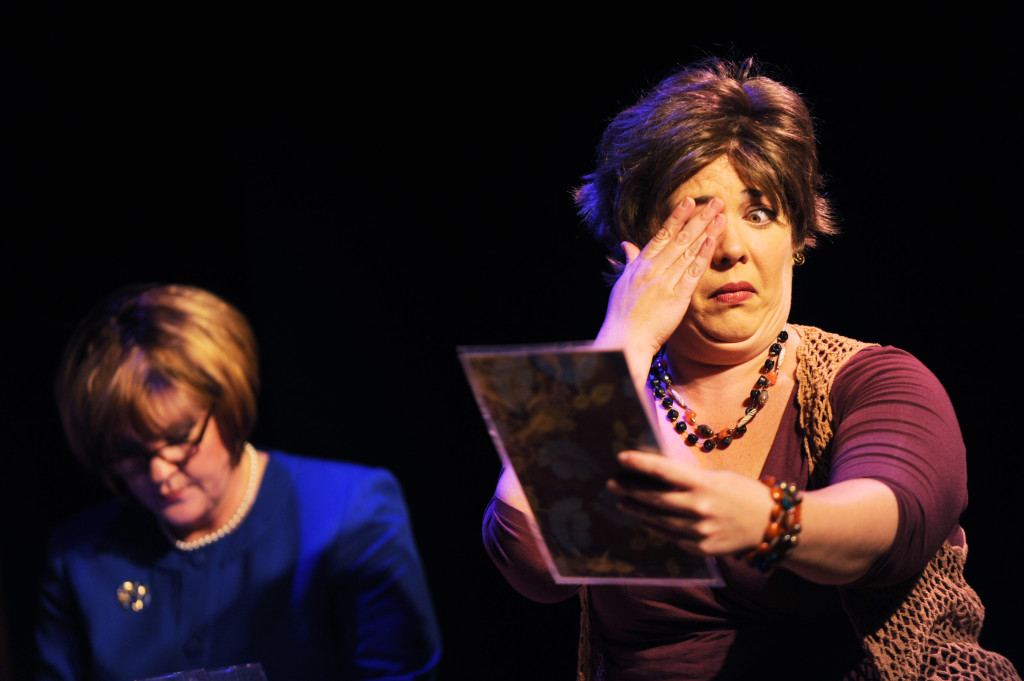 Menopause: the Musical – running through Aug. 9 at the Auburn Public Theater

Compiler Linders came out of the industrial, sales and commercial show business, which Menopause clearly resembles. The musical is relentlessly upbeat, with the finale bringing a call for audience members to “Come on down,” just as they might for a company pledged to meet its annual sales goal. Such trade shows commonly build on taking familiar pop songs and altering the words to suit the occasion. Instead of the company’s name or leading executives, however, Linders has instead taken the anxiety and occasional humiliation of middle-aged change of life.

When Edith Bunker spoke of menopause on All in the Family in the 1970s, family values vigilantes stormed TV producer Norman Lear’s office. Part of the delight in Menopause: The Musical is hearing people sing about subjects like nocturnal emissions that within the lifetime of audience members were once literally unspeakable.