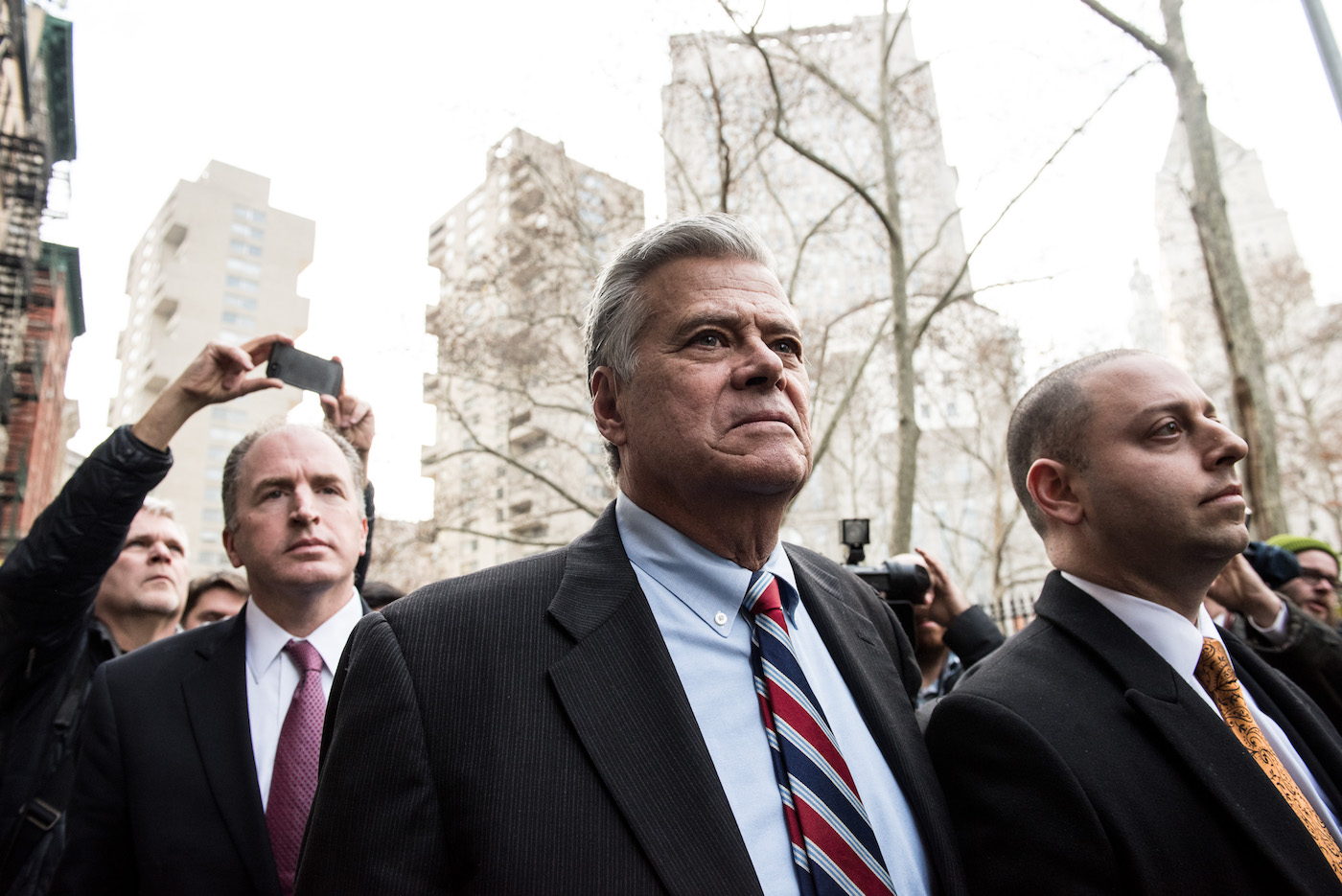 Loophole that Silver, Skelos slipped through could close with new bill.

If you can’t get the New York state Legislature to act, you go to Congress. That’s where the crusade against corruption in Albany is heading now.

It’s hardly the place known for getting things done. But now that the former two most powerful figures in the state Legislature are both walking free after being found guilty of bribery and extortion, we can’t afford the sit-and-wait game anymore.

Rep. Thomas Suozzi, a Democrat from Long Island, has introduced legislation in Washington, D.C., that would close a loophole that allowed the corruption convictions of former state Assembly Speaker Sheldon Silver and former state Senate Majority Leader Dean Skelos to be overturned.

Silver was found guilty in 2015 of funneling some $500,000 in state grants to a Columbia University doctor who, in return, sent his patients to Silver’s law firm — which then paid Silver for the referrals. He also voted for state tax breaks for a real estate company, which then steered business to a law firm, from which he also received referral fees. Silver pocketed $4 million in illegal kickbacks.

A few weeks after Silver’s conviction, Skelos was found guilty of using his power to help companies that gave his son a $78,000-a-year job to which he sometimes would not show up. When asked to actually come to work, the young Skelos told his boss, “Talk to me like that again and I’m going to smash your fucking head in.”

Silver was sentenced to 12 years in federal prison, while Skelos received five years. But a federal appeals court threw out Silver’s charges in July, and Skelos’ charges just last week.

Their successful appeals cited a U.S. Supreme Court case last summer involving Bob McDonnell, the former governor of Virginia. McDonnell was convicted in 2014 of receiving more than $175,000 in gifts from the CEO of a Virginia-based company in exchange for governmental “official acts” that would favor the CEO and his business. His conviction was overturned when the courts determined that the actions McDonnell took — mainly arranging meetings on the CEO’s behalf and attending public events for him — did not constitute an “official act.”

What the court effectively did was define an illegal “official act” as an extremely formal action, like awarding a government contract to a friend, essentially narrowing the definition of bribery, creating a loophole that now makes it much harder to convict politicians of public corruption.

Suozzi’s proposed Close Official Acts Loophole (COAL) Act would expand the definition of “official act” under federal law. It would include any decision or action, including approval, disapproval, recommendation, rendering of advice, or investigation of any matter that could come before any public official in the course of their job.

It has received bipartisan support and was co-sponsored by Rep. Brian Fitzpatrick, a Republican from Pennsylvania. It is imperative that members of Congress pass this bill, and it should be a no-brainer for New York’s congressional delegation, including Rep. John Katko.

If it is not passed, the McDonnell decision will continue to help politicians who abused their office escape from time behind bars — and not just in New York. The releases of Silver and Skelos have raised the possibility that the McDonnell decision will also help free Bob Menendez, the Democratic U.S. senator from New Jersey who is currently on trial for trading his political influence for bribes in the form of luxury hotel stays and flights on a private jet provided by a Florida eye doctor.

If Silver, Skelos and Menendez can get away with it, the current lax rules on corruption may also tempt other lawmakers to engage in corrupt activities, knowing that there may be no consequence for them. Then we’ll be ruled by governments at the state and federal level that are filled with lawmakers who can take millions of dollars in gifts and call it, as Silver’s lawyer once did, “conduct that is part of the everyday functioning of those in elected office.”

Suozzi’s legislation is an opportunity to prevent that from happening. “Those who profit on the public’s trust for personal gain must never be allowed to avoid punishment when we have the power to fix it,” Suozzi said when introducing the COAL Act.

Contact your representative in New York’s congressional delegation and urge them to pass Suozzi’s proposition. They have the power. And they can fix it.