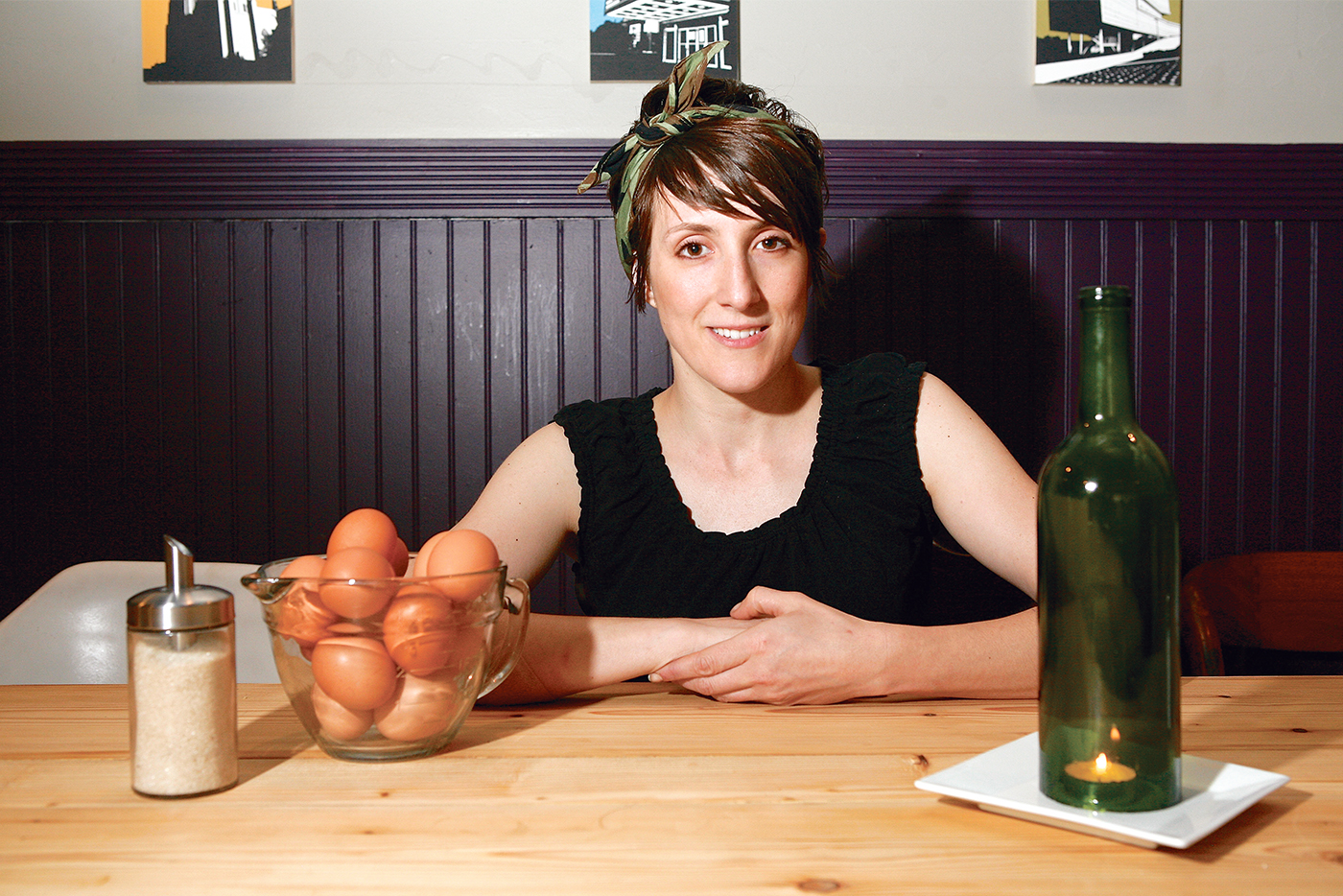 Popular Armory Square spot LoFo’s menu is on the move this summer.

The “Operation Renovation/closed for construction” signage has been removed from 214 Walton St., and the LoFo space sits empty. If you’re hungry for a beet burger, grass-fed beef burger, tea-soaked chicken sandwich, cauliflower “wings” and other signature LoFo fare, satisfy your cravings at area events — for now, anyway.

In a July 3 post on Instagram, owner Abigail Henson told followers that LoFo is leaving its Armory Square location. In January, Henson announced that the restaurant would close for renovations and reopen in April with a new concept on Walton. Since then, LoFo has been “popping up” at a variety of events, including weddings and other private parties, a Valentine’s dinner at Baltimore Woods Nature Center and a burger-and-beer night last month at Greyrock Farm in Cazenovia.

“We have been here for 3.5 years, feeding friends, nurturing neighbors, starting conversations, and building a community,” Henson said on Instagram. “Our next step is not where we thought we were going but where we were meant to be and we can’t wait to release details as they become available.”

Reached via Facebook on July 8, Henson said she can’t say exactly what is coming next. She added that her focus this summer is “events and education,” including Madison County Open Farm Day on July 30 at Greyrock Farm, and Philanthropic Foodies, a “culinary showcase” and fundraiser for five local charities, on July 31 at Sky Armory, 351 S. Clinton St.

LoFo opened in Armory Square in 2012. Before that, Henson worked as a sous chef at The Restaurant at Elderberry Pond, near Auburn, and operated Lost & Fondue, in Skaneateles. LoFo took its name from that venture and from Henson’s “love food, local food” focus. At LoFo, Henson worked directly with area farmers to source seasonal ingredients and deliver frequently changing breakfast, lunch, brunch and dinner menus with an emphasis on local, fresh, scratch-made and creative — including plenty of choices for vegetarians and vegans.

In 2015, Henson hired Luke Szabo, a chef who shares her passion for locally raised and sourced food. He is a fan of foraging and has contributed a unique take on local to LoFo’s menus, including ingredients like sumac, wild leeks, knotweed and spruce tips.

In August 2015, Henson closed LoFo for a week to collaborate with the band Phish and create music-inspired menus for the Festival Ate dining experience at Magnaball, a three-day music festival in Watkins Glen. The breakfast and lunch menus and five-course dinners shined the light on the culinary bounty of Central New York and the Finger Lakes.

Whether it’s in Armory Square or somewhere new, look for Henson to carry the farm-to-table torch — and to continue taking chances. To stay up to date, visit facebook.com/lofosyracuse.

June was a big month for Neil Miller and the Farmshed Harvest Food Hub, which moved from its small space at 124 Burnet Ave. (the former CabFab building) to warehouse space at the Central New York Regional Market, 2100 Park St. It’s a better fit in terms of exposure, as well as for product storage, receiving orders and preparing orders for shipment.

“There’s a lot of room for expansion in the new space,” Miller says. “It seemed like the right move at the right time.”

The food hub also purchased a much-needed refrigerated truck. Its “maiden voyage” of the truck included deliveries to the Sherwood Inn and The Krebs, in Skaneateles; Inns of Aurora, in Aurora; Green Star Natural Foods Market and Moosewood Restaurant, in Ithaca; and Hazelnut Kitchen, in Trumansburg. Farmshed works regularly with restaurants and other customers in Rochester, Utica, Watkins Glen and Canandaigua, including the New York Wine and Culinary Center.

The Farmshed Harvest Food Hub was launched by Miller and a core group of growers and producers in 2013. Its mission is to wholesale and distribute products from regional farms and food producers, who often lack the time to make regular restaurant and food industry connections themselves. Miller works with growers and producers from as far away as Essex and Chenango counties. He says the centrally located warehouse facility at the Regional Market opens the door to Farmshed becoming a “logistics hub” as well as a food hub.

Free Will Astrology
Tipp Hill Gets Festive
To Top